The Left Party is fighting for its political honor. But the party is completely in the hands of the Moderates and the Christian Democrats, who have so far shown cool interest in a midsummer crisis. There is still a long way to go before a no-confidence motion against the Prime Minister. 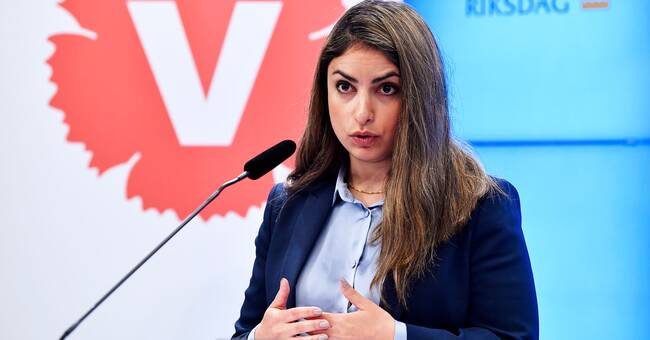 When the Left Party released the Social Democratic-led government after the last election, two clear demands were made: Do not change the law on employment protection (read) and do not introduce market rents in new production.

The government has managed to eel through the las issue and is now about to do the same about free rents.

For the Left Party, it is thus politically extremely important to show that they have not been a doormat for Stefan Löfven.

The problem for the Left Party is that it no longer has control over its threats.

In the reading question, the Christian Democrats were actually prepared to stand up, but the Left Party backed out at the last minute.

Now neither the KD nor the Moderates want to stand up.

Need help from others

In order for a no-confidence vote to take place at all, a request is required from at least 35 members of the Riksdag.

The Left Party has 27 members.

The party thus needs the help of another party to start this process in the Riksdag.

Neither the Christian Democrats nor the Moderates have so far been prepared to assist with this.

The Sweden Democrats, on the other hand, are ready to help, but the Left Party does not want to cooperate with SD on such a matter.

Only then can Stefan Löfven be overthrown as Prime Minister.

At least 175 members of parliament must vote to overthrow the prime minister.

In such a situation, there will be a government crisis.

What this leads to, however, is unclear.

Stefan Löfven can when he wants to announce a by-election.

But it does not have to go that far.

The President can try to form a new government without a by-election.

This could lead to Löfven returning as Prime Minister.

In theory, M-leader Ulf Kristersson can also be appointed prime minister, but given the distribution of seats in the Riksdag, this is not very likely.

For Stefan Löfven, it would not be uncomplicated to return as Prime Minister after a motion of censure.

He could certainly get enough support to be accepted by the Riksdag, but since the Liberals in such a situation would probably side with the opposition, the government would lack sufficient support in the Riksdag for its budget.

In that case, it would require cooperation between the Center Party and the Left Party, which does not seem very likely at present.

An by-election could thus be the only way out of a government crisis.

What speaks against it is above all that the next regular election falls already next year.

Far from a government crisis

But the Left Party's ultimatum is still far from triggering a government crisis.

An important explanation for the Moderates 'and Christian Democrats' reluctance to support the V in this is that the parties do not want to become pawns in a game that is about stopping a political proposal they think is quite good.

The Left Party has also been clear that they do not really want to overthrow Löfven, but that it is about stopping the proposal for market rents.

No matter what, a ball has now been set in motion.

The Left Party's ultimatum expires on Thursday at 10 am. What happens next is still unclear.

It all depends now on how M and KD will act, and whether the Left Party is really prepared to run the line this time.

Of course, the party needs to re-establish its political honor, but risking M-leader Ulf Kristersson becoming prime minister in the coup is likely to be controversial in its own ranks as well.