Who is General Thierry Burkhard, the future chief of staff of the armed forces?

The Chief of Staff of the Armed Forces, General Lecointre, announced his departure on Sunday, which will be effective after the July 14 parade. It is General Burkhard who will succeed him in this very sensitive mission. However, the military seems to be appreciated by armies and to know the workings of the Elysee. &amp; Nbsp; 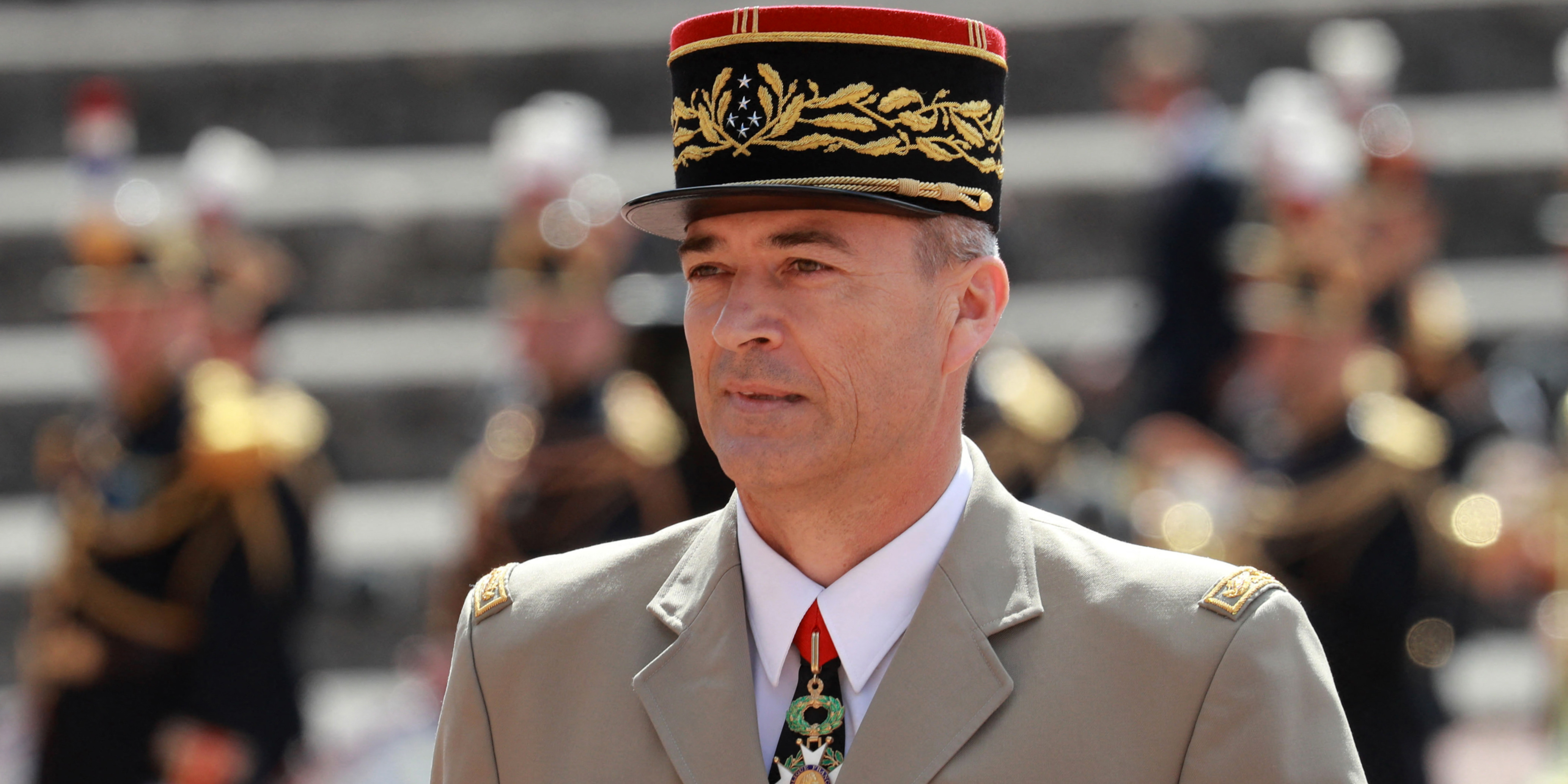 The Chief of Staff of the Armed Forces, General Lecointre, announced his departure on Sunday, which will be effective after the July 14 parade.

It is General Burkhard who will succeed him in this very sensitive mission.

However, the military seems to be appreciated by the armies and to know the workings of the Elysee.

General Thierry Burkhard will become the new chief of staff of the armed forces.

He was chosen by Emmanuel Macron to replace General Lecointre after his departure on July 14.

Military appreciated in the three army corps, he is also customary at the Elysee.

His profile therefore appears to be a good choice for the President of the Republic.

His appointment could even help strengthen the links between the army and the executive, weakened in particular because of the controversial forums of the military.

A valued and competent man

General Thierry Burkhard indeed seems to be the man for the job.

His appointment is not sudden and he has been preparing for several months to become the boss of all armies, land, air and navy.

"He is perfectly appreciated in the three armies and I think he will be quite up to the task that awaits him", confirms General Gomart.

Then, the current Chief of Staff of the Army, for which he was responsible for training and training, also worked in the past at the Elysee Palace.

He is well acquainted with the complex relations between political power and the military.

He's not afraid to speak his mind, while obviously remaining loyal.

This 56-year-old legionnaire has also been a spokesperson for the armed forces and is therefore perfectly familiar with the challenges of communication.

Finally, General Burkhard has a strategic vision. "He had said that the army had to prepare for a higher intensity war," recalls General Gomart. "The French army is engaged in conflicts that I would qualify from strong to weak, that is to say in the face of adversaries, who are less armed and undoubtedly fewer in number. It is logical that an army is prepared for the harshest conflict and that she equips herself accordingly and it was in her role to say that, "he said. "Although we hope that this conflict of intensity will never happen."

Thierry Burkhard is also convinced that after being modernized and professionalized, the French army must begin a new phase for him. Faced with the hardening of international relations, the French forces must increase their mass, that is to say increase their numbers. The post of chief of staff of the armed forces "is a difficult and complicated task because the world in which we live is complex. We are in a world which is in crisis", analyzes General Gomart. General Burkhard knows in particular that in order to act, he must first convince the head of the armed forces, the President of the Republic.