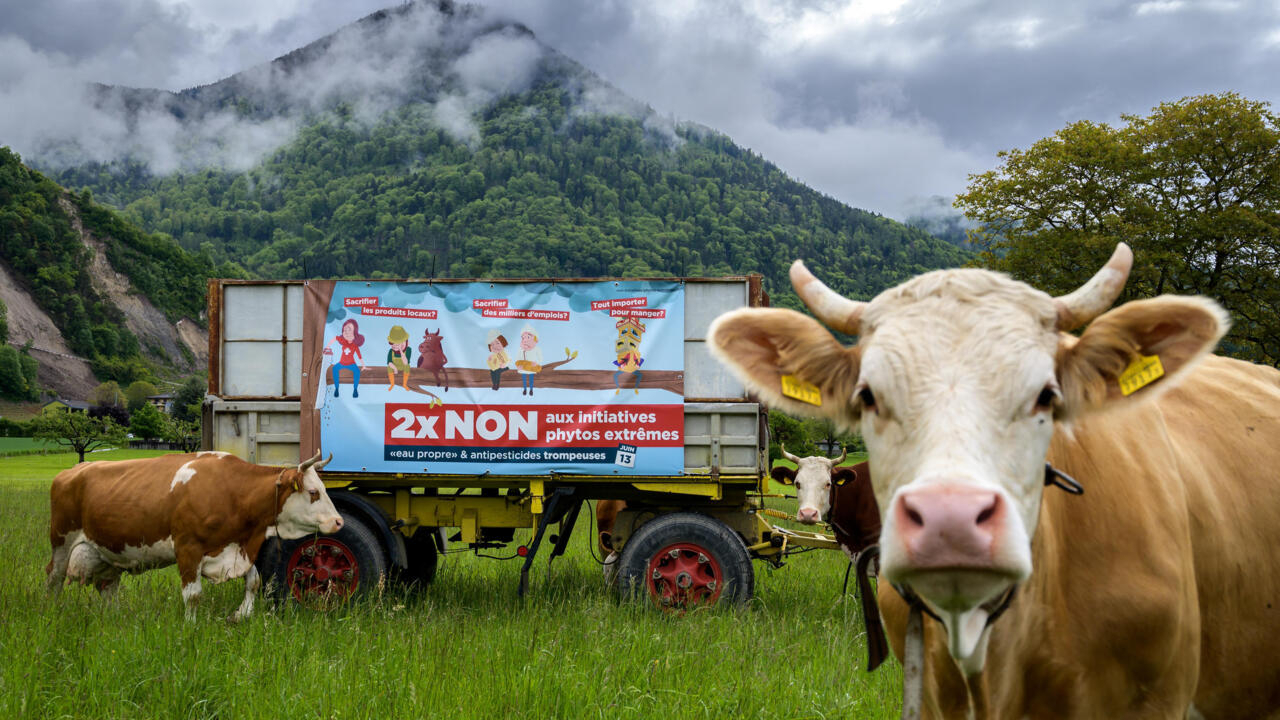 However, they agreed to step up police measures against terrorism, despite criticism from the UN and human rights defenders.

No major country has so far banned synthetic pesticides.

Elsewhere in the world, Bhutan announced a few years ago that it wanted to become the first country in the world to make a living from "100% organic" agriculture.

The Swiss refused on Sunday to engage their country - which is home to one of the largest manufacturers of plant protection products, the Basel group Syngenta, acquired in 2017 by the Chinese giant ChemChina - on this path.

"It is a choice of reason and pragmatism, it is a choice which guarantees the future of our agriculture and which ensures the food security of our country. This double no gives the agricultural world the possibility of continuing its reforms of transition towards a more sustainable production ", reacted the Swiss President, Guy Parmelin, in a press conference.

A first text, which called for the prohibition of synthetic pesticides within 10 years, as well as any importation of foodstuffs produced abroad using these products or containing them, was rejected at 60, 56%, according to final results.

Fought fiercely in the countryside, the ban, supported by environmentalists and the left, was also rejected in the cities of Geneva and Friborg.

The "yes" only won out in the canton of Basel-Stadt - where Syngenta has its headquarters.

The committee that presented the text called on the government after the vote to "regularly test the population for pesticide residues".

Another initiative - rejected by 60.68% - provided that the subsidies of the Swiss Confederation to farmers be paid only to farms that do not use pesticides, ban the preventive or regular use of antibiotics and are able to feed their animals with the fodder they produce themselves.

Voters were also 56.58% in support of the law on police measures to combat terrorism, giving the police the means to act more easily as a preventive measure in the face of a "potential terrorist".

The police will be able to better monitor them, limit their movements and force them to participate in interviews, from the age of 12.

From the age of 15, people can be placed under house arrest for nine months, with the approval of a court.

Left-wing opponents of the law believe that it does not respect fundamental rights, endangering the country's heritage in this area.

The UN and several legal experts and human rights defenders had also cried out in danger.

"Switzerland will now have the least professional, ineffective and dangerous anti-terrorism law in the world - a major embarrassment for Switzerland as a rule of law," the UN Rapporteur told AFP on torture Nils Melzer after the vote.

"With this law, Switzerland is giving itself an imprecise definition of terrorism which opens the door to police arbitrariness. Spreading fear with political intent will already be considered terrorism, even if no threat of violent action is taken. is established ", lamented Patrick Walder, campaign director at Amnesty International Switzerland.

The government assures that fundamental rights will be guaranteed and argues that de-radicalization programs are insufficient for some people.

Even if Switzerland was spared from the jihadist attacks which hit Europe, the threat remains "high" according to the authorities, who argued that "in 2020 two knife attacks, probably with + terrorist motivation +, had place ", in Morges and Lugano.

In particular, the law provided for an increase in the tax on fuel oil and natural gas, as well as the introduction of a tax on airline tickets departing from Switzerland.

"Not going out of the ballot today is not a no to climate protection. (...) Many people want to strengthen climate protection but not in this way," said during the same conference press the Minister of Environment and Energy.

"Climate change remains urgent, which is why we have to move forward and find a way very quickly."

For the WWF, "the winners of today's vote will be held to account tomorrow. Switzerland is already causing climate damage for nearly 20 billion francs per year".

Another text put to the vote, the Covid law, giving the government additional powers to fight the epidemic and mitigate its effects on society and the economy, obtained the support of 60.21% of voters.