An explosive storm leaves hundreds of incidents in Ourense

An explosive storm with hail registered on Sunday afternoon in Ourense has left hundreds of incidents in many parts of the city. Flooded streets, broken ... 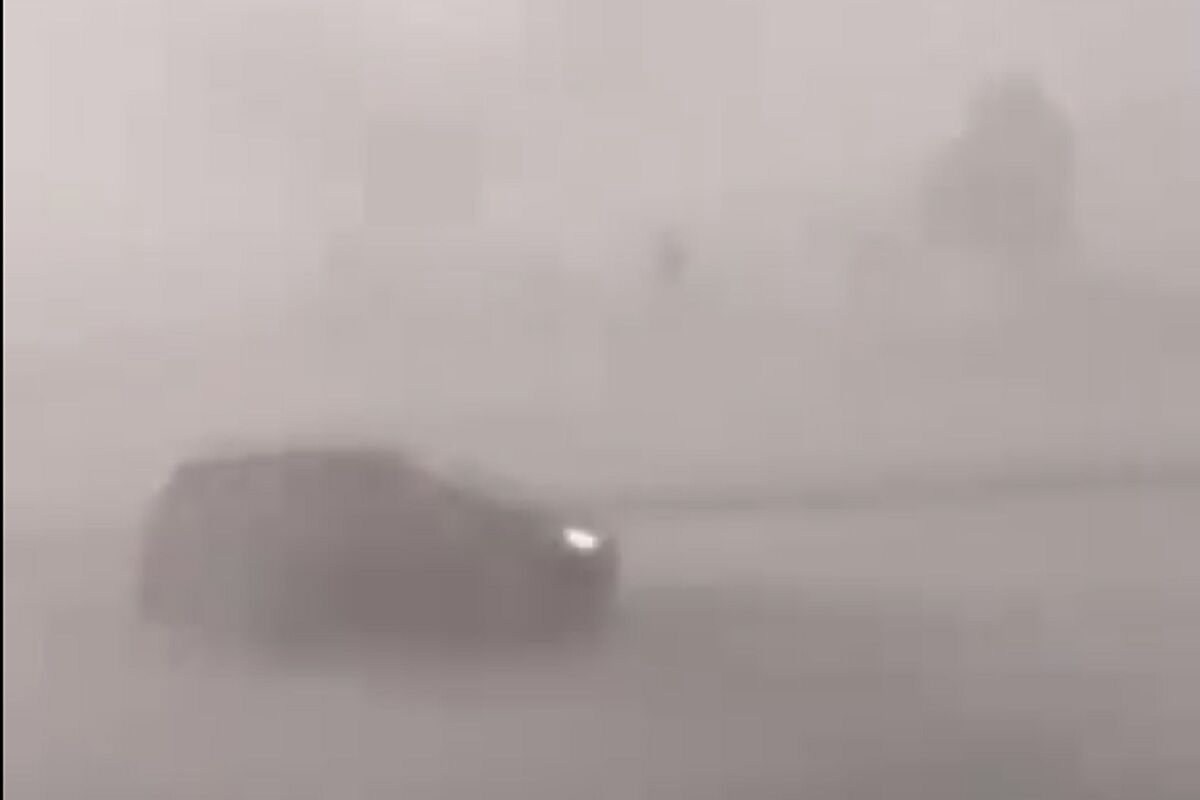 with hail registered on Sunday afternoon in

has left hundreds of incidents in many parts of the city.

and flooded portals are just some of the consequences due to wind and rain.

After seven in the afternoon,

at times sowed chaos in the city, on a day marked by the

for storms throughout the province.

Among the main damages registered, the wind destroyed part of the roof of

, which is located at the entrance to Ourense, and which was remodeled last January.

In addition, a tree cut off part of the access to the Roman Bridge to the surprise of passers-by.

Some streets such as

, on San Rosendo street, the intervention of the Firefighters was necessary due to the collapse of a balcony, to the alarm of passers-by.

A cluster of incidents that also moved to the entrances of the city.

The accumulation of water made it

due to the presence of broken branches, which caused delays in various parts of the city.

On the other hand, numerous

due to the fall of trees and all kinds of materials.

The most striking images, which were shared by many users on social networks, were those of some people trying to cross the

completely flooded, with water at the knee, and the picture of some terraces that literally flew due to the strong wind and water .

According to the Civil Guard, in the access to the Carrefour roundabout there has been a serious incident due to accumulation of water on the road and collaboration has been requested from the Ourense City Council.

Prisons A prisoner injures six officials in the Teixeiro prison