The Dutch national team surprisingly starts on Sunday in Amsterdam with Patrick van Aanholt in the starting line-up in the first group match at the European Championship against Ukraine. The left back is preferred over Owen Wijndal. 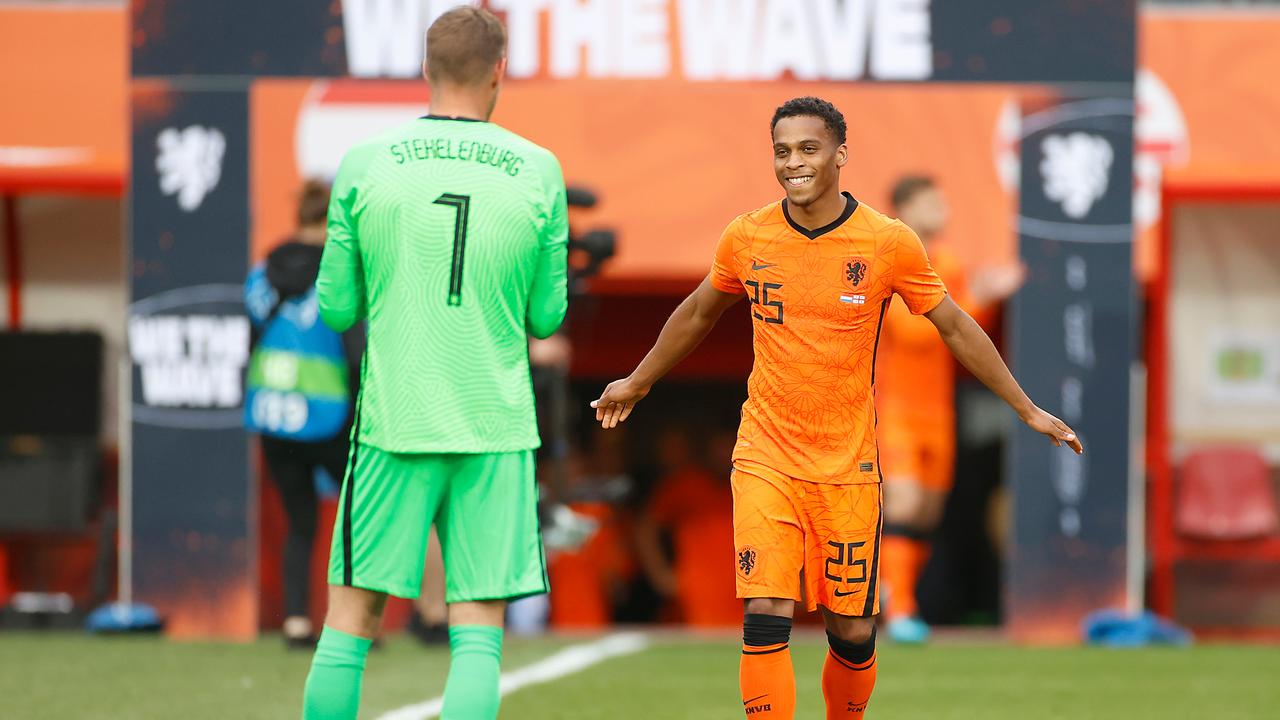 The Dutch national team surprisingly starts on Sunday in Amsterdam with Patrick van Aanholt in the starting line-up in the first group match at the European Championship against Ukraine.

The left back is preferred over Owen Wijndal.

Wijndal played in the previous two exhibition games, with Scotland (2-2) and Georgia (3-0 win), but did not make a convincing impression in the criticized 5-3-2 formation that national coach Frank de Boer is holding on to.

Van Aanholt then had to settle for a substitute.

On Saturday it became clear that Maarten Stekelenburg is the first goalkeeper at this European Championship.

He is preferred over Tim Krul and Marco Bizot.

Normally Jasper Cillessen would probably keep, but he was removed from the selection due to a positive corona test.

There is also a starting spot for Jurriën Timber against Ukraine.

The defender also plays because Matthijs de Ligt is missing due to a groin injury, which he sustained during the training camp in Portugal last week.

De Boer is counting on De Ligt to be back in the next game.

In addition to Timber, Stefan de Vrij and Daley Blind are central in the back against Ukraine, Denzel Dumfries and Van Aanholt are the backs, Marten de Roon, Frenkie de Jong and Georginio Wijnaldum occupy the midfield and Wout Weghorst and Memphis Depay act as attackers.

European Championship update: 'The time of vodka is a thing of the past with Ukraine'

Zinchenko has basic place at Ukraine

In Ukraine, there is a base place for Oleksandr Zinchenko, the left back of Manchester City who was loaned out to PSV in the past.

In the qualifying series, France did not lose on two occasions.

The Netherlands-Ukraine starts on Sunday at 9 p.m. in the Johan Cruijff ArenA and is led by German referee Felix Brych.

Sixteen thousand spectators are welcome in the stadium.

They had to submit a negative corona test.

The numbers one and two and the four best numbers three of the six groups qualify for the eighth finals.

The Netherlands will compete against Austria on Thursday and next Monday against North Macedonia.

Those games will also be played in Amsterdam.

If the Orange squad continues, De Boer's team must travel through Europe from the eighth finals.