Letter from the mother of the girls of Tenerife: "They are two angels who have come into the world teaching a great lesson at the cost of their lives"

Beatriz Zimmermann, mother of Anna and Olivia, has written a letter in which she stressed that the meaning of &amp; apos; vicarious violence &amp; apos; as a consequence of the ... 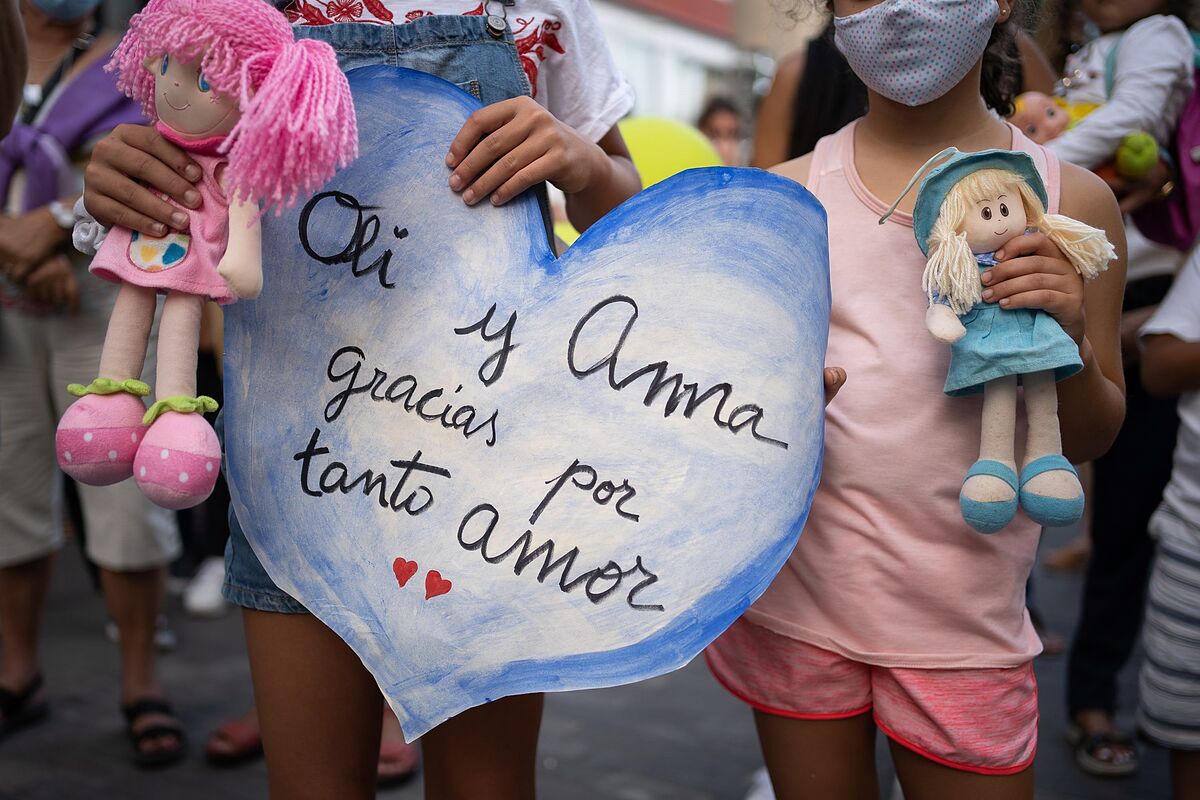 Beatriz Zimmermann, mother of Anna and Olivia, has written a letter in which she stressed that the meaning of 'vicarious violence' is known as a result of the death of her daughters and hopes that from this tragic event the laws "will be get tougher protecting the children. " He also requests that on April 27, the day of the disappearance of his daughters, the National Children's Day be commemorated. "They do not have to carry that backpack and if love ends, the most important thing is the well-being of the children. If there is abuse in the parents, you have to be very blunt because children cannot be growing up seeing violence. Children they are the future and it is very important that they grow up observing an environment of respect, peace, love and tranquility ", affirms Beatriz.

The letter begins with a message of gratitude to all those people who have been "in hearts and prayers" with the girls and with Beatriz, accompanying "every day" since they disappeared and offering "all the love and help so that it had an end happy".

"Unfortunately it was not like that, suffering in pain the most monstrous act that a person can commit: killing his own innocent children."

For this reason, Beatriz wishes that the death of Anna and Olivia was not in vain and maintains that "although now we feel the greatest hatred, hopelessness and pain, it is not to bring more suffering to the world, but quite the opposite; that it transcends in love for children in the form of protection, education and respect. "

She considers that thanks to her girls "many parents now look at their children differently and value love and the daily moments of simple things much more." "That wonderful day to day that I miss so much. What I would give to comb their hair. That simple act right now is what I would most like," he asserts.

The letter goes on to say that they are now "two angels who have come into the world teaching a great lesson at the cost of their lives" and makes it clear that, as a mother, they will fight "against these injustices and the well-being of children. For them and for all the children. " Beatriz emphasizes that Anna and Olivia "were full of love." "Every day I told them every moment that I loved them very much. To Olivia I said: Oli, I have a problem. She answered: Yes, mommy, I know. That you love me too much. And she smiled." "Children are our responsibility," underlines Beatriz, who regrets "in her soul" that she could not have saved her daughters' lives. "I wish I had stood hand in hand with them at that time and died together.

But that couldn't be because Tomás wanted her to suffer, searching tirelessly and for life. That was the reason why he left me alive and, of course, he did not end up as the greatest murderer in history. Here justice came to light. "Beatriz emphasizes in her letter that thanks" to all the energy sent in this heartbreaking case, to all the love they put in, the miracle of finding Olivia happened and the truth was known. " He admits that when they gave him the news, "the world fell on him." "As hard as it is, at least now I can mourn their loss and feel them by my side at all times; feel them when I wake up, when I eat breakfast, all day, until I go to bed. "2

Anna and Olivia's mother asks in her letter that every April 27th National Children's Day be commemorated to remember that "they are, together with the elderly, our main task of giving love, support and education. Do not forget that They depend on us and they fully trust our love towards them. We have a responsibility. "

Likewise, he hopes that the death of the girls "will serve to create greater awareness about the love that we give to our children, to value it and when we are with them, we do not have our heads in other matters, but in them."

"They need us and they adore us."

He adds that Olivia and Anna, "now the little angels of the children", ask that they give "all the love to their children, dedication, respect and instill in them values ​​for a better world."

"They will have died in body, but their soul is with all of us forever, helping to have more awareness, love and respect for us. The vast majority of people are incredible beings, they have shown it in this cruel act with compassion and pain, "concludes the letter.

Event: A parish priest blames the murders of the girls in Tenerife on the "infidelity" of the mother