Socialist primaries in Andalusia: 45,374 militants in search of a patron

45,374 militants of the PSOE-A and the Socialist Youth of Andalusia, 643 tables distributed by the houses of the town -as traditionally known to the headquarters of the party -... 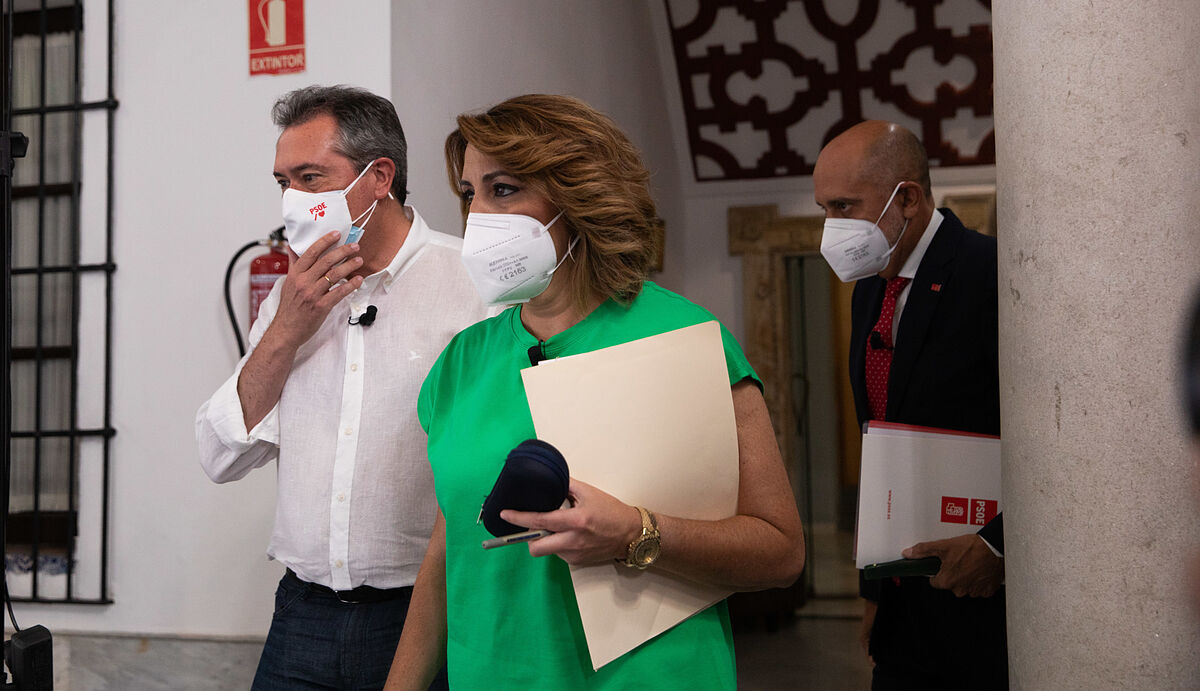 of the PSOE-A and the Socialist Youth of Andalusia, 643 tables distributed by the

houses of the town

-as traditionally known to the headquarters of the party- and 1,940 controllers and proxies.

The Andalusian PSOE celebrates this Sunday a primary in which the name of the candidate for the Junta de Andalucía will be decided, but also the name of who will have to direct the internal renewal that will allow it, perhaps, to turn the page of the failure of December 2 2018 and reconnect with your constituency.

he would not run again in the regional elections

, the then Minister of the Presidency, Susana Díaz, became the elected to succeed him, but formally needed the endorsement of the militancy.

minister in the Government

of Pedro Sánchez and then Minister of Agriculture-, who ended up receiving a door slammed in the face for lack of guarantees.

(mayor of Jun) nor

, who also made movements to attend the process.

. He had devastated his rivals in the previous ones, without reaching the polls, but in the air of that process the feeling remained forever that the powerful apparatus of San Vicente (headquarters of the Andalusian PSOE) had played with an advantage to cut off any possibility of that an open and participatory internal debate took place.

After the loss of the Government of the Board as a result of the elections of December 2, 2018, the PSOE began a difficult journey with its general secretary

questioned by the Federal Executive

from the day after the elections, when the Secretary of Organization, José Luis Ábalos, publicly asked him to take a step back to facilitate the renewal at the head of the party in Andalusia.

that opened just a few months later (first, the repetition of the general elections and, later, the municipal elections) made it advisable to avoid new internal fronts and allowed Susana Díaz to buy some time.

In the summer of 2019, Pedro Sánchez and the Andalusian general secretary had a private meeting and settled differences.

Both promised to maintain

a climate of understanding

and that it was the militants who finally resolved the Andalusian leadership.

Since then, Susana Díaz has repeated over and over her intention to attend the process and has refused to

accept the offers that have been sent to her

from the party and the Government to resign.

In parallel, the critical sector has periodically agitated the debate, fearful that Ferraz could somehow condescend to the determination shown by Díaz, who neatly complied with the pact and practically

disappeared from the national debate

to avoid speaking out against the conflictive alliances or the policies of the Government of Pedro Sánchez.

During this time, from Ferraz possible alternatives have been tested and, once it was clear that the Sevillian María Jesús Montero had to stay in the Council of Ministers and that the

, Juan Espadas, was well received, the machinery was forced to advance the calendar and call the primaries six months ahead of schedule, with the excuse that the president of the Board, Juanma Moreno, could

call elections at any time

The contest this Sunday is presented, however, as

a new pulse between Pedro Sánchez and Susana Díaz

The former president, who failed in May 2017 when she challenged Sánchez for the general secretary of the PSOE, claims her right to run again in the Andalusian elections to the extent that hers was the most voted list in December 2018, although around 400,000 votes were left behind and he lost the Presidency of the Board.

"because she is a woman"

and as the only one that guarantees the Andalusian PSOE a "own voice", far from the tutelage of Ferraz who is supposed to your adversary.

Espadas, for his part, is valued as the one who will best know how to reunify the party and

and confrontations of the past.

There is a third candidate, Luis Ángel Hierro, who has little chance of being elected, although his presence may lead the process

to a second round,

to be held on June 20, provided that no candidate exceeds 50% of the votes cast. .

The teams of Susana Díaz and Juan Espadas admit that the results can be very tight.

PoliticsEnthusiasm in the Government for the 'yes' of Junqueras to the 'operation pardons': they believe that it appeases the internal criticism