Shock in the European Nations .. A sudden fall of Eriksen stops the Denmark-Finland match

The match between Denmark and Finland was suspended today, Saturday, after the sudden fall of Danish player Christian Eriksen suddenly. 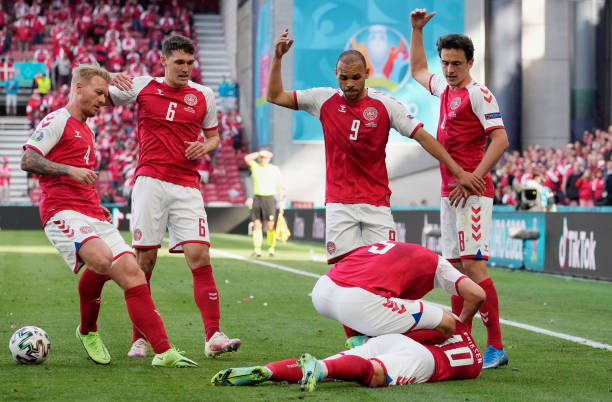 The match between Denmark and Finland was suspended today, Saturday, after the sudden fall of the Danish player Christian Eriksen.

Paramedics performed a cardiopulmonary resuscitation for the Denmark midfielder, who fell in the 43rd minute of the first half of the match, which was taking place at Parken Stadium in Copenhagen.

The player's colleagues formed a ring around him while the paramedics were trying to revive his heart before the end of the first half in the match held in the second group competitions.

BN Sports reporter Jamal Jebali stated that the stadium announcer asked the audience to leave the stadium calmly because the match would not be completed.

He explained that the player's condition is stable, and he was quickly transferred to the hospital after the success of the first attempts to revive him.