It is unclear to scientists what, when viewed from Earth, caused the star to dim dimly and then return to its full glory like a phoenix. 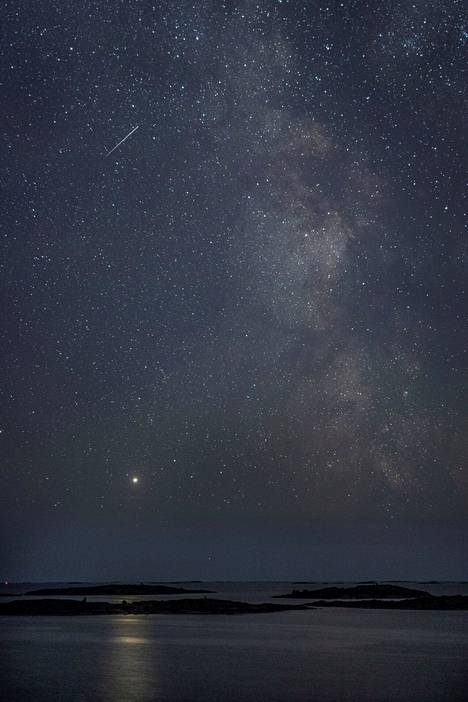 More than a hundred times, a star the size of our Sun shines near the center of the Milky Way, but at times it dimmed as seen from Earth, so that scientists could only barely detect the star with their accurate measuring devices.

The VVV refers to the VISTA Variables in the Via Lactea (VVV) study and the letters WIT to the words what is this, what is this.

“Every now and then, we find variable stars that don’t fit into any established category and that we call what-this-is,” Philip Lucas, a professor at the University of Hertfordshire leading the Vista research project, said in a university statement.

- We don't really know how these flashing giants were born.

It’s exciting to make such discoveries in the VVV (study) after so many years of planning and data collection, Lucas said.

The star’s splendor first dimmed virtually completely over the course of months and then returned to its full splendor, which amazed a research team led by the University of Cambridge.

Vista research has been measuring the variation in luminance of a billion stars for a decade.

Star dimming is common, for example, due to short-term eclipses, but slow dimming and then, like a phoenix, returning to old glory is extremely rare.

In ancient Egypt, the phoenix was thought to make cinnamon branches a nest on the altar of Heliopolis, the city of the Sun, and to set itself and the nest on fire.

On the third day, however, the bird returned to life.

The Milky Way in the Outer Archipelago in August 2020. The galaxy got its Finnish name in ancient times, when a holy bird swan was thought to be flying through the sky to a birdhouse where the sky and the ground met.

Migratory birds were also thought to fly to the birdhouse for the winter.

In the picture, Jupiter creates a bridge to the sea.

The phenomenon of the flashing giant seems to be about the passage of a celestial body in the same orbit as a star, which regularly comes between that star and Earth for a long period of time.

Scientists think VVV-WIT-08 belongs to a new kind of two-star system in which one celestial body leaves its second eclipse regularly every few decades.

Double stars refer to a situation where two stars orbit in the same orbit.

From the ground, it can seem that the stars seem to be passing over each other.

However, scientists have not been able to find out which celestial body was in front of VVV-WIT-08 and caused the illusion of a star fading.

It can be a star or a planet, for example.

We don’t really know how these flashing giants were born.

According to a study by the University of Warsaw, the star dimmed when measured with both infrared light and visible light.

“It seems incredible that we just noticed a dark, large and elongated celestial body passing between us and this distant star, and we can only guess what it is,” says Sergei Koposov, a researcher at the University of Edinburgh who is involved in the Vista study.

Astronomy is familiar with a few similar binary star systems.

Epsilon Aurigae dims every 27 years as it is left behind by a large dust disk.

However, the splendor of the star is dimmed by only 50 percent.

The study is published in the astronomical publication Monthly Notices of the Royal Astronomical Society.

Yle was the first to report about a rare celestial phenomenon in Finland.