Pihla Viitala's family house is being disputed in court

The dispute over the house of actor Pihla Viitala's family has been taken to the Supreme Administrative Court. Anni Sinnemäki, the candidate for mayor of the Greens, is the subject of a criminal investigation due to a house case. 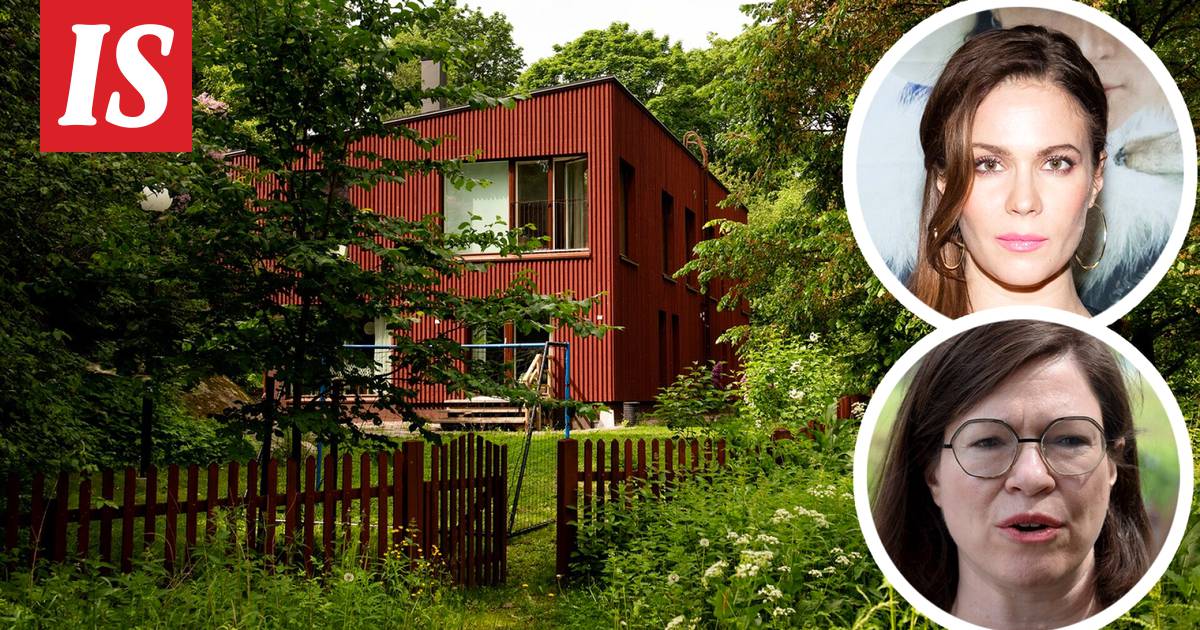 Actor Pihla Viitala and the semi-detached house of this family in the Meilahti villa area of ​​Helsinki went public again on Friday.

It turned out that Anni Sinnemäki, the candidate for mayor of the Greens, is suspected of violating official duties.

The criminal investigation is related to the granting of a permit to deviate from the town plan of the Meilahti villa area in Helsinki, which focuses on the actor Pihla Viitala and his family.

The derogation was granted in 2016, when Sinnemäki served as Deputy Mayor of Helsinki and was responsible for the planning of the City of Helsinki.

The semi-detached house was built to replace the old outbuilding.

Despite other requests, many other residents of the area have not received permission to deviate from the town plan, as in Viitalo.

Sinnemäki is suspected of acting in an impediment to decision-making because he is familiar with Viitala and his parents.

Sinnemäki denies having committed a crime.

The House of Signs has been in the public domain for three years now, with news from Helsingin Sanomat and Yle, among others.

The Viitala land dispute has been dealt with in the Helsinki Administrative Court with regard to the town plan, but there is no timber permit for Viitala to deviate there.

Other complaints were also submitted about the zoning of the Meilahti villa area, which concerned, among other things, natural values.

The appellants claimed that Sinnemäki had already been prevented from preparing the formula, and had acted in favor of Pihla Viitala.

The allegations referred to the friendship between Sinnemäki and Viitala.

The Helsinki City Council approved the change in the town plan in December 2018. The appeals demanded the annulment of this decision.

At the end of 2019, the Helsinki Administrative Court rejected all appeals against the formula.

According to it, Sinnemäki did not act in an impediment to the preparation of the formula.

However, the decision of the Administrative Court did not concern the permission granted to Viitalo to deviate from the town plan, from which a criminal investigation has therefore been initiated in respect of Sinnemäki.

The Administrative Court was unable to examine the allegations made in the derogation because it had not been explicitly appealed.

- In connection with a matter concerning the legality of the town plan, the Administrative Court cannot investigate (...) whether Sinnemäki has been prevented from participating in the processing and decision-making of the said deviation applications, the Helsinki Administrative Court wrote.

In one complaint lodged with the administrative court, the derogation granted to Viitalo was referred to in strong terms.

- Sinnemäki has been at a meeting where a derogation has been granted.

(...) Requests for derogations from other residents of the area have been rejected, and neither the plan has given everyone the right to build on.

It seems that Sinnemäki's presence has placed Viitala in a better position than other residents, the complaint alleged.

The threshing of the Meilahti town plan continues in the Supreme Administrative Court, as the residents of the area have applied for permission to appeal.

The appeals seek the annulment of a decision made by the Helsinki Administrative Court.

Complaints still claim that Sinnemäki has already acted impedently in the preparation of the plan for the area.

According to none of the applications for leave to appeal, confidence in Sinnemäki's impartiality has been jeopardized.

It states that the formula grants the right to substantial new construction only to the Viitala family and the woman who influenced the greens, as well as her spouse.

- It is therefore a situation in which Mr Sinnemäki has used his position to the benefit of his close friend in drawing up the plan in a way which has jeopardized his impartiality, the application for leave to appeal states.

The Supreme Administrative Court has not yet decided whether or not to grant leave to appeal.

Yle has previously stated that in the case of Sinnemäki, the criminal investigation will be transferred to the prosecutor for consideration.

The police investigation is in its final stages.

He will decide whether or not to prosecute Sinnemäki.

If the charge is brought, the court will decide whether the crime has taken place.

Violation of official duty is punishable by a fine or up to one year in prison.