Nigeria: several demonstrations dispersed on the occasion of "democracy day"

Despite the authorities' warnings, several rallies were formed in several towns in Nigeria, on the occasion of "Democracy Day". In Lagos, Abuja, or Benin City, the… 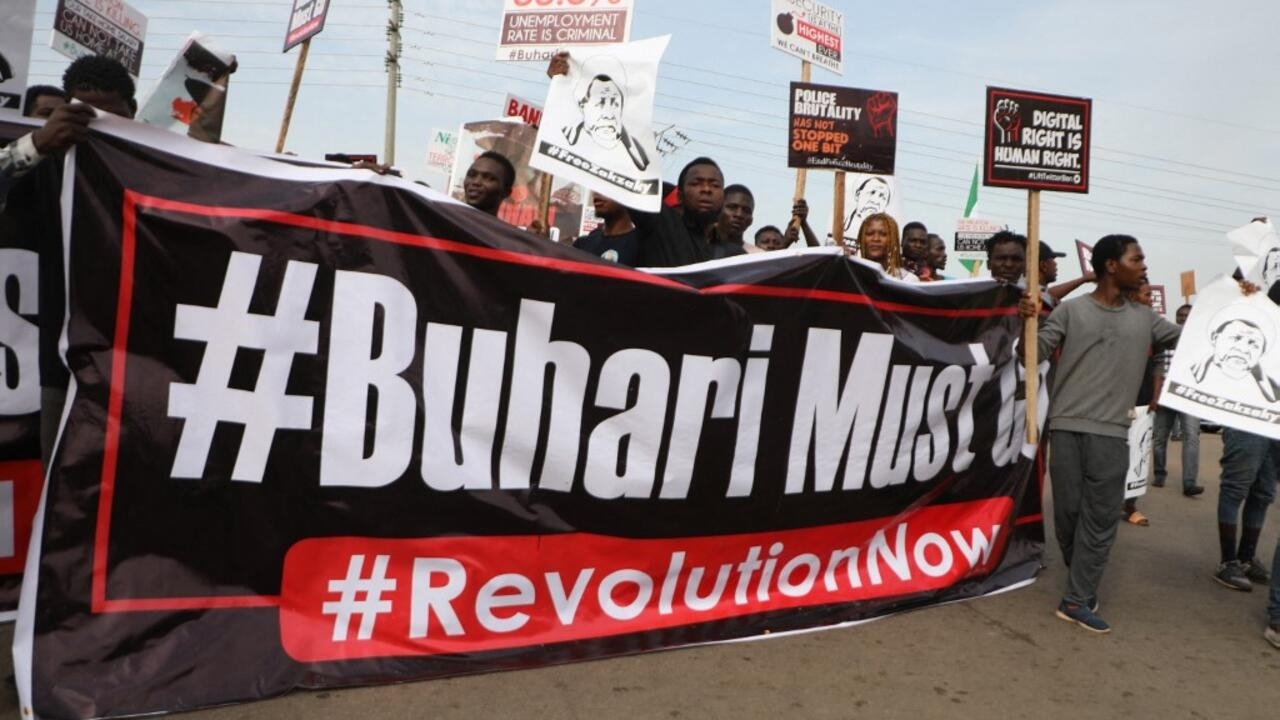 Nigeria: several demonstrations dispersed on the occasion of "democracy day"

Protesters demand the departure of President Buhari during a rally in Abuja on June 12, 2021. AFP - KOLA SULAIMON

Despite the authorities' warnings, several rallies were formed in several towns in Nigeria, on the occasion of "Democracy Day".

In Lagos, Abuja, or Benin City, demonstrators had come to protest against growing insecurity, bad governance and the suspension of Twitter for more than a week in the country.

A popular discontent that President Muhammadu Buhari did not mention in his traditional speech marking this day.

The police who intervene to disperse the demonstrations with tear gas, it is the image which will remain of this "day of democracy" in Nigeria.

attacks on peaceful demonstrators in Abuja, Lagos and Ibadan

for more than a week, Nigerians have managed to hoist the keywords "

" - at the top of the most discussed topics on the social network worldwide.

However, the Head of State Muhammadu Buhari was careful not to mention the subject in his traditional speech marking Democracy Day.

has moved outside the northeast

" of the country and has spread since his election in 2015 - before giving a lengthy technical speech about his administration's efforts. , to reduce unemployment and poverty, endemic in the most populous country in Africa.