German Chancellor Angela Merkel said that on the sidelines of the G7 summit she briefly discussed the topic of "Nord Stream 2" with US President Joe Biden. 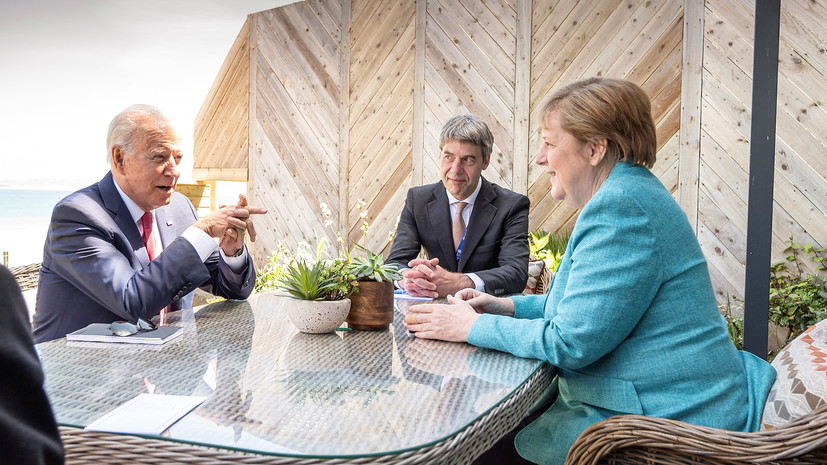 “We also briefly discussed the topic of Nord Stream 2.

You know that negotiations are underway with the American government and experts from the federal government, ”RIA Novosti quoted her as saying.

Merkel believes that Ukraine should continue to be a partner in the transit of natural gas.

Earlier, the official representative of the German government, Steffen Seibert, spoke about the negotiations between the advisers to the US President Joe Biden and the German Chancellor Angela Merkel on Nord Stream 2.