Belgium defeated Russia. In St. Petersburg, too, the thoughts were in Christian Eriksen. 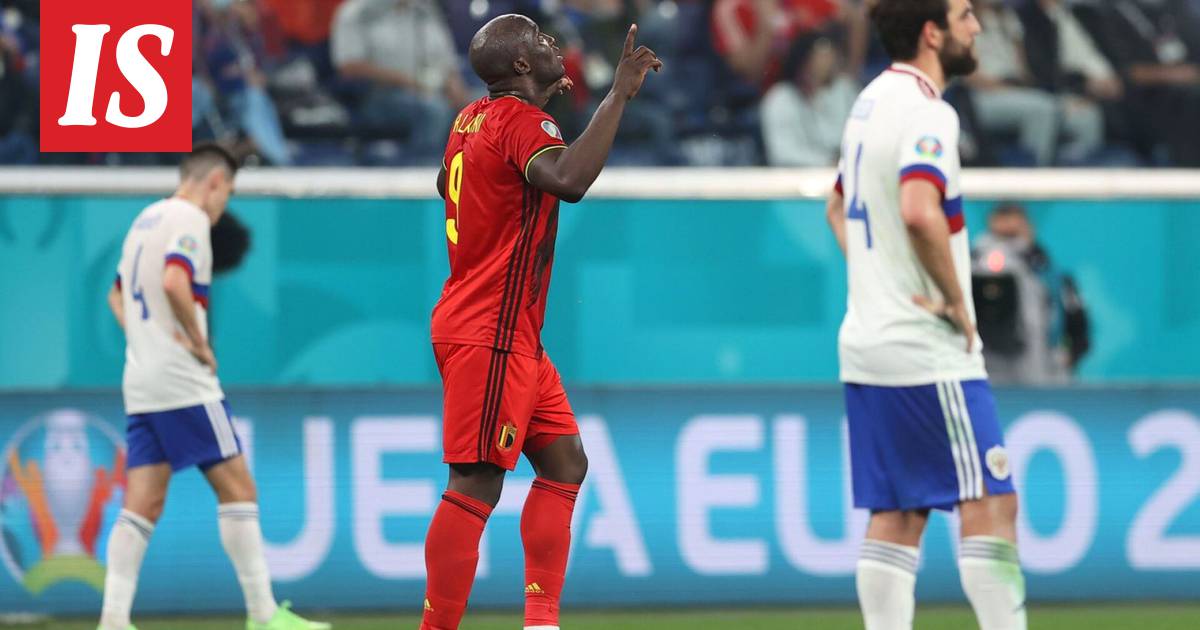 Belgium, one of the favorites in the European Men's Football Championship, started strongly in the B-block when the team defeated the host country Russia in St. Petersburg 3-0.

Red Shirts took the lead 10 minutes into the game, making the score 0 - 1 after some elegant movement down the middle. Romelu Lukakun was the scorer.

Russia's defense was unable to dismantle the concentration sent by Dries Mertens, and the ball drifted into a free spot for Lukaku.

The Belgian seemed to be in the situation behind the Russian line of defense offside, but the hit was accepted.

After the goal, the Inter striker sent greetings to his teammate, Christian Eriksen from Denmark.

Eriksen got to the surface earlier in the evening in a match between Denmark and Finland, and was taken to the hospital.

- Chris, Chris, I love you, Lukaku exclaimed at the TV camera.

Belgium scored their second goal in the 34th minute.

Russian goalkeeper Anton Shunin blocked the center directly to Thomas Meunier, who made no mistake about the open position.

Lukaku rolled the final scores to 3-0 from Meunier's stylish vertical pass just before the end of the match.

Belgium played the match without their top player Kevin De Bruyne, who injured his face two weeks ago in the Champions League final.

Axel Witsel, a more defensive option in midfield, was also out of lineup.

The victory of the "Red Devils" put Russia in a tricky situation in terms of the country's playoff dreams, and the team cannot afford to miss points in its next match against Finland.

Belgium and Denmark, which surprised Denmark, lead the B-block after the opening round by three points.

Owls will challenge Russia on Wednesday in St. Petersburg.

Belgium will meet Denmark in Copenhagen on Thursday.