After Eriksen's shock, Finland beat Denmark in the hardest match at Euro 2020

Finland beat Denmark 1-0 today, Saturday, in a match that witnessed the most difficult situation in football, after the sudden fall of Christian Eriksen caused everyone's panic. 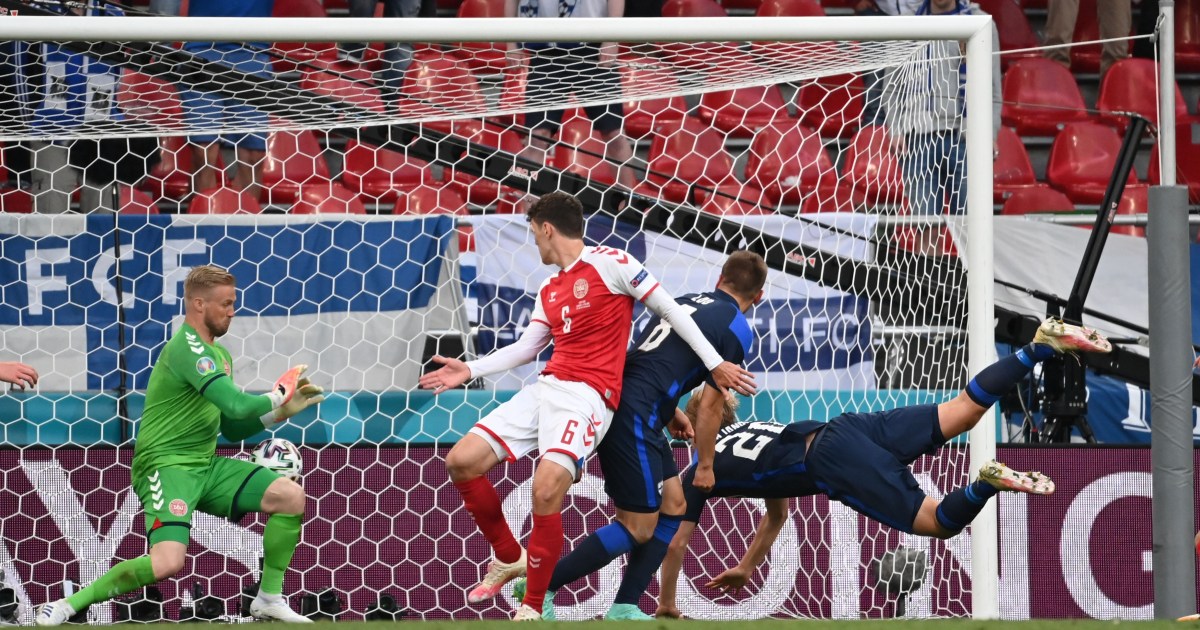 Finland beat Denmark 1-0 today, Saturday, in a match that witnessed the most difficult situation in football, after the sudden fall of Christian Eriksen caused everyone's panic.

Denmark midfielder Christian Eriksen regained consciousness in hospital after falling unconscious in the 43rd minute without contact with any player.

While silence prevailed at the Parken Stadium in Copenhagen - where 16,000 fans gathered - his colleagues gathered around him, and one of them seemed to put his finger in Eriksen's mouth to check that he had not swallowed his tongue.

The Danish Football Association later tweeted that the 29-year-old had recovered from the nearby Rieshospitalt hospital, where he was undergoing tests.

The match was stopped at first, but it was later decided to resume after checking on Eriksen's health condition.

The result was a 0-0 draw when Inter Milan's Eriksen fell, and after the appeal, the Danish players moved towards the opposing goal and tried to score the goal.

Reversing the course of the match, Finland defeated Denmark with a goal scored by Joel Pohanbalu in the 59th minute.

The Danes had an opportunity to grab a point, but Pierre-Emile Hojbjerg missed the penalty kick that the team got in the 74th minute.

Finland won its first 3 points in its first participation in the continental championship, to lead the first group temporarily, pending the end of the meeting between Russia and Belgium.