"Diplomatic ploy": why Ukraine announced a possible "war" over the launch of Nord Stream 2

Loud statements by the head of Naftogaz Naftogaz Yuriy Vitrenko about the risk of a "full-scale war" after the launch of Nord Stream 2, as well as the possible disappointment of Ukraine in the pro-Western course - a "diplomatic ploy" for Kiev's partners in Washington and Brussels. This is the conclusion reached by experts interviewed by RT. However, in their opinion, such attacks are unlikely to be effective. Analysts also note that the resonant rhetoric of Ukrainian politicians is dictated by the lack of real plans by the Kiev authorities to get out of the current situation with the transit of Russian gas. 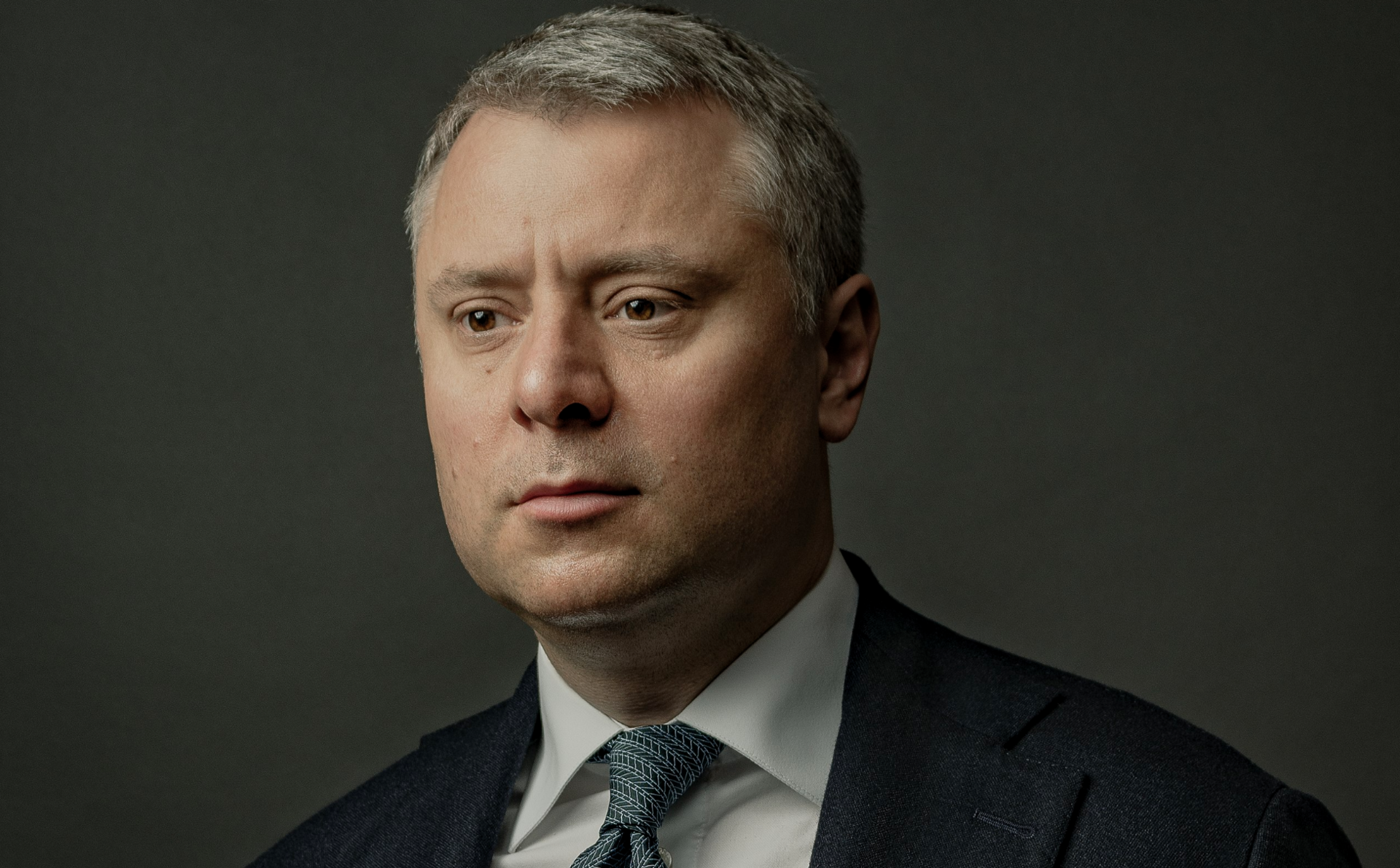 Kiev is trying to openly blackmail the West, talking about the likelihood of an armed conflict and the possible revision of Ukraine's pro-Western course against the backdrop of the launch of the Nord Stream 2 gas pipeline.

This is the opinion of experts interviewed by RT, commenting on the statement of the head of the board of Naftogaz Naftogaz, Yuri Vitrenko.

Recall that in an interview with Bloomberg, the Ukrainian top manager presented his vision of the consequences of the commissioning of the Russian-European Nord Stream 2 pipeline.

First of all, Vitrenko believes that Eastern European countries will become disillusioned with the West.

“The worst scenario is when Ukraine, and not only Ukraine, but also many Eastern European countries, in fact, realize that the West has not backed up its words with deeds, it would be a strong blow to the pro-Western choice of these countries,” Vitrenko said in an interview with the agency.

In addition, he believes that the possible stop of gas pumping through the Ukrainian GTS increases the risk of a major military conflict and promises Kiev serious financial losses.

“The worst possible scenario is not only that from 2024 we will lose most of the GDP.

Worst of all, this means a much greater likelihood of a full-scale war, since the transit of gas through Ukraine to Europe serves as a deterrent for it, ”Vitrenko stressed.

The heads of Naftogaz reacted to these words in Russia.

So, in an interview with RT, State Duma deputy Ruslan Balbek emphasized that Russia is not going to fight with anyone over gas.

“But we will not give offense to anyone about our energy interests.

Our position suits the collective Europe quite well, ”the politician is sure.

He also believes that Europe "knows from its own experience that Russia is a reliable economic partner, unlike Ukraine itself."

For his part, Stanislav Mitrakhovich, a lecturer at the Financial University under the Russian government, recalled in an interview with RT that Ukraine has repeatedly tried to blackmail its Western partners with loud statements of this kind.

“However, these phrases of the same type have repeatedly demonstrated their ineffectiveness, so one should not expect that they will somehow influence the position of the United States or Germany,” the expert said.

In his opinion, Vitrenko is trying to remove responsibility for the possible loss of fuel transit by Ukraine from the management of Naftogaz.

“Such prophecies are the fruit of a fevered imagination, as well as an attempt to influence the United States and Europe on the issue of Nord Stream 2.

Vitrenko wants them to somehow force Russia to maintain transit volumes through Ukraine after the gas pipeline is launched.

The statement about the risk of war is aimed at the same - this is a diplomatic ploy to have an effect on American patrons, "Grivach explained in a commentary on RT.

The company added that starting from June 11, start-up and adjustment work on filling Nord Stream 2 with gas will begin, which may take several months.

At the same time, work on laying the offshore section of the second string continues.

Earlier, the Austrian oil and gas company OMV, which is a partner of Gazprom in the project, said that the construction of the second string of the gas pipeline is also close to completion - it remains to lay about 50 km of pipes.

At the same time, construction is proceeding under conditions of serious political pressure.

So, on the eve of the parliament of the Federal Republic of Germany, by a majority vote, rejected the resolution of the Union 90 / Green faction demanding to abandon Nord Stream 2 and reconsider the course towards Russia.

The draft resolution was called "Adjustment of the political course towards Russia - to consistently protect human rights, democracy and European peace order."

The authors of the document insisted that the federal government abandon the Nord Stream 2 gas pipeline under construction, since, from their point of view, this project is not needed to supply Europe with energy and is also harmful to the climate.

Meanwhile, as experts note, the claims of the Greens look unfounded, since the benefits from the project are obvious, and criticism about the possible threat to the environment is untenable, since all the necessary permits were obtained for laying the pipeline.

“The claims were weakly motivated from the very beginning.

In fact, there are, of course, political reasons behind them.

The project is primarily of economic importance.

It is beneficial for both the Russian Federation and the Federal Republic of Germany, which, with its help, will be able to increase its competitiveness.

And Berlin understands this very well, "Vladimir Olenchenko, a senior researcher at the Center for European Studies at the IMEMO RAN, explained in an interview with RT.

The United States has repeatedly imposed sanctions on ships and companies involved in the implementation of Nord Stream 2.

However, in the end, the White House was forced to state the futility of its efforts to halt construction.

As US President Joe Biden said at the end of May, the introduction of sanctions against the project now would be counterproductive for US-European relations.

The politician explained that from the very beginning he was against Nord Stream 2, but by the beginning of 2021, when Biden took office, the project was in its final stage.

This position caused dissatisfaction in Kiev.

So, Vladimir Zelensky in an interview with the American resource Axios called "Nord Stream 2" "a weapon in the hands of the Russian Federation."

“And, in my opinion, it is not very clear and certainly unexpected is the possibility that such a great country as the United States will provide“ ammunition ”for these weapons,” the President of Ukraine said.

Recall that a gas transmission system (GTS) has been operating in Ukraine since Soviet times, through which Russian fuel is supplied to Europe.

At the same time, Kiev has been abusing its virtually monopoly position for many years, demanding an increase in the payment for pumping fuel.

The Ukrainian side regarded the decision to lay the second branch of the trans-Baltic gas pipeline as an attempt on its "rights".

At the beginning of 2019, Naftogaz appealed to the Stockholm Arbitration Court with a demand that Russia compensate for the decrease in the cost of the Ukrainian GTS due to the laying of gas pipelines bypassing the republic.

Kiev then estimated its damage at about $ 12 billion.

Earlier, the country's budget was annually replenished by approximately $ 3 billion due to the transit of Russian gas through its territory.

The corresponding agreement was valid until the end of 2019, and in December Moscow and Kiev were able to sign a new transit agreement for 2020-2024.

In the future, Kiev and Moscow may extend the contract for another ten years.

Meanwhile, Russia does not object to the pumping of gas through Ukraine, subject to certain conditions.

This was stated by Russian President Vladimir Putin, speaking at the plenary session of the St. Petersburg International Economic Forum (SPIEF).

The Russian leader explained that the Russian Federation is ready to continue to operate the gas transportation system of a neighboring country, but for this "goodwill is needed on the part of our Ukrainian partners."

At the same time, the leadership of Ukraine and Naftogaz only aggravates the situation with their aggressive statements and steps, experts say.

According to Oleksiy Grivach, talk that the launch of Nord Stream 2 is allegedly directed against Ukraine has been fueled by the United States over the past years.

In Kiev, however, they picked up this rhetoric, thus increasing the disagreement with Moscow.

“In fact, these conversations are just an excuse.

That is why the United States fought against Nord Stream 2.

At the same time, Ukraine has become a victim of such rhetoric, although Kiev does not admit it.

In a normal situation, the strengthening of the role of Russian gas in the European market would also support Ukrainian transit, ”Oleksiy Grivach believes.

Stanislav Mitrakhovich has a similar opinion.

According to him, Kiev has no understanding of how to proceed in the face of reduced transit.

And therefore, the Ukrainian side makes a lot of empty but loud statements, the expert said.

“What is just Vitrenko’s statement about the loss of most of the GDP. Of course, there will be losses, but nevertheless, the termination of transit does not equal the death of the Ukrainian economy. The words about "large-scale conflict" sound no less strange. If he was referring to the conflict between Ukraine and Russia, then it is unclear how this could be related to gas. Such statements should mask the lack of real plans and actions and, most importantly, remove responsibility from the leadership of Ukraine and Naftogaz for the current situation, ”says Mitrakhovich.