Anni Sinnemäki states that she thought she would comment on the suspicion of official crime once the police have completed their investigation. 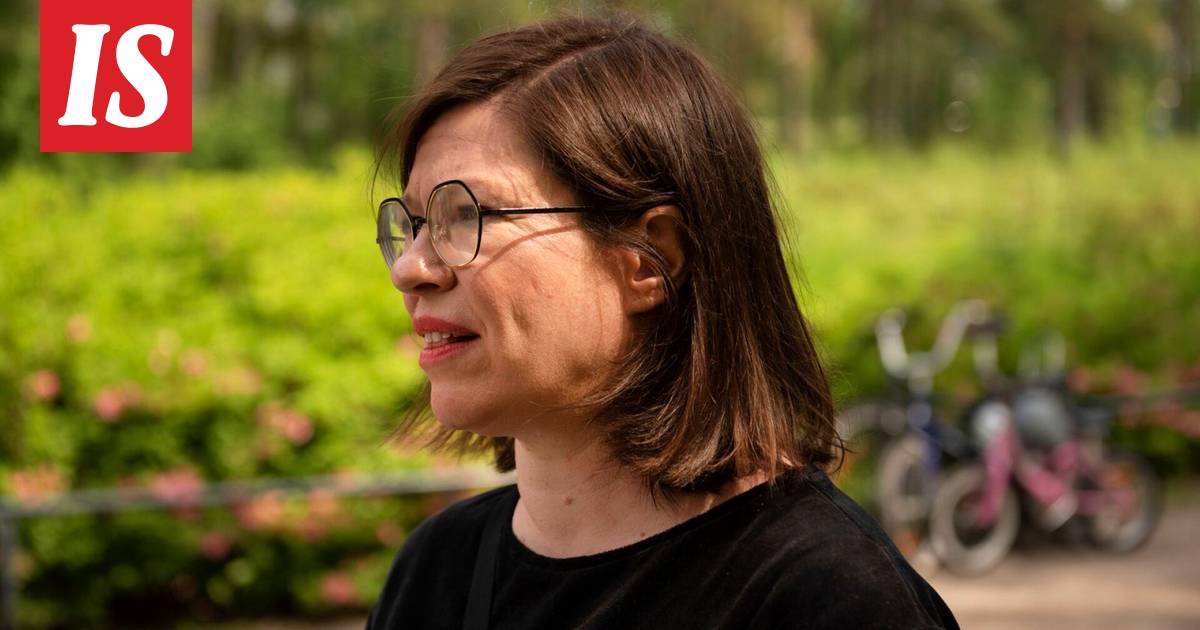 Anni Sinnemäki (Green), the candidate for mayor of the City of Helsinki, says that she has not found it necessary to inform the public about the suspicion of official crime, because her impediment in the case in question has been discussed extensively over the years.

Sinnemäki is suspected of an official crime in connection with the deviation permit decisions made in 2016 in the Meilahti villa area of ​​Helsinki, in which some residents of the area have suspected that Sinnemäki has exercised his political power unfairly.

Sinnemäki has denied having committed a crime.

Read also: Now the neighbors of Pihla Viitala's mound house are talking - Why did the actor get to build a house, others not even a yard building?

Ilta-Sanomat reached Sinnemäki's campaign in Helsinki's The Hague from Alppiruusupuisto on Saturday.

- This is something that has been presented quite extensively in public over the years, so I didn't think it would add terribly to these doubts and the issue of disability ... it has been discussed so widely in public, Sinnemäki answered the question about it, why he has not told the public about the suspicions of misconduct.

Sinnemäki said that he expected the police to have completed their preliminary investigation earlier.

The Helsinki Greens have also considered that the matter has already been discussed in public so extensively that it has not been necessary to inform about the suspicion of official crime.

Read more: “Ann has my full support” - This is how the chairman of the Helsinki Greens commented on Sinnemäki's suspicion of official crime

Ilta-Sanomat's chairman, Minister of the Interior Maria Ohisalo (Green), who was reached in Espoo, did not want to comment on Sinnemäki's investigation.

- The case is still under investigation.

This has been commented on by Anni Sinnemäki and the Helsinki Greens.

And I have nothing more to comment on, Ohisalo told IS at the polls in Espoo.

According to Sinnemäki, the police started the preliminary investigation just over a year ago, and he had been heard last autumn, says STT.

He did not give a direct answer to the question of whether Sinnemäki thinks voters have the right to know before the election if a candidate is the subject of a criminal investigation.

- I think the voters have had a pretty good idea of ​​what kind of issues are being dealt with here, and I have made it very clear to the public years ago that this Meilahti departure decision is one I have not sought to influence and I have also made it clear that I have not been here. decision-making impediment.

- From my point of view, the most important thing here is that I have not tried to influence this decision to deviate and its content, but it has been prepared in the normal course of office preparation, and I have not been impeded in this decision-making either, Sinnemäki says.

Veli Liikanen, the Green Party secretary reached by Ilta-Sanomat earlier in the day, also did not give a direct answer to the question.

- In general, there has been a lot of discussion about judgments here during the election, and our party's starting point is what is stated in the candidate agreement that when nominating a candidate for an association, one must be informed if any such process is going on.

This has been done, and some of the cases are those that come to light or are public, and some - as are the unfinished investigations - are such that they cannot be made public, Liikanen said.

Sinnemäki tells IS that his relationship with actor Pihla Viitala is not very close.

- I have known him for a long time, but we do not have a particularly close relationship that would constitute disability, Sinnemäki says.

Why was he granted an exemption?

- That decision to derogate is a public document, and it has been appealable at the time, and it is, in fact, terribly well-founded in that decision.

It has been in line with the principles of the formula under preparation.

When the deviation permit was made, did you know that this is related to Pihla Viitala?

- I have had nothing to do with the preparation of this derogation.

I have been present at the meeting at which it has been decided by the Board, and then I have considered that I am clearly not prevented from doing so.

Sinnemäki says that he will continue his municipal election campaign normally despite the uproar.

Today he meets voters across Helsinki.

- Then tomorrow people will vote, he says.

SINNEMÄKI is the subject of a criminal investigation in connection with the granting of a permit to deviate from the town plan of the Meilahti villa area in Helsinki, which focuses on the actor Pihla Viitala and his family.

Yle was the first to report on the matter.

Unlike many other residents of the area, Viitala and his family were allowed to build a new semi-detached house of about 200 square meters on the site instead of the old outbuilding.

According to the request for an investigation, the Helsinki City Museum objected to the granting of the exemption.

Sinnemäki is an acquaintance of Viitala and his parents.

The request for an investigation was made by the residents of the area.

In their request for an investigation, they claimed that Pihla Viitala and his family had received hundreds of thousands of euros in benefits from the exemption.

The exemption was granted in 2016, when Sinnemäki served as Deputy Mayor of Helsinki and was responsible for the planning of the City of Helsinki.

According to Yle, Sinnemäki was also present at the meeting at which the matter was decided, but the deputy mayor did not participate in the vote.

The exemption was adopted unanimously.

Read more: Now the neighbors of Pihla Viitala's storm house are talking - Why did the actor get to build a house, others not even a yard building?

Read more: “Ann has my full support” - This is how the chairman of the Helsinki Greens commented on Sinnemäki's suspicion of official crime