The Renaissance Dam .. Sudan and Egypt have zero options regarding the second filling

Less than a month remains until the date set by Ethiopia for the second filling of the Renaissance Dam, which Sudan and Egypt reject until a binding agreement is concluded between the three parties. What are the options before Cairo and Khartoum? 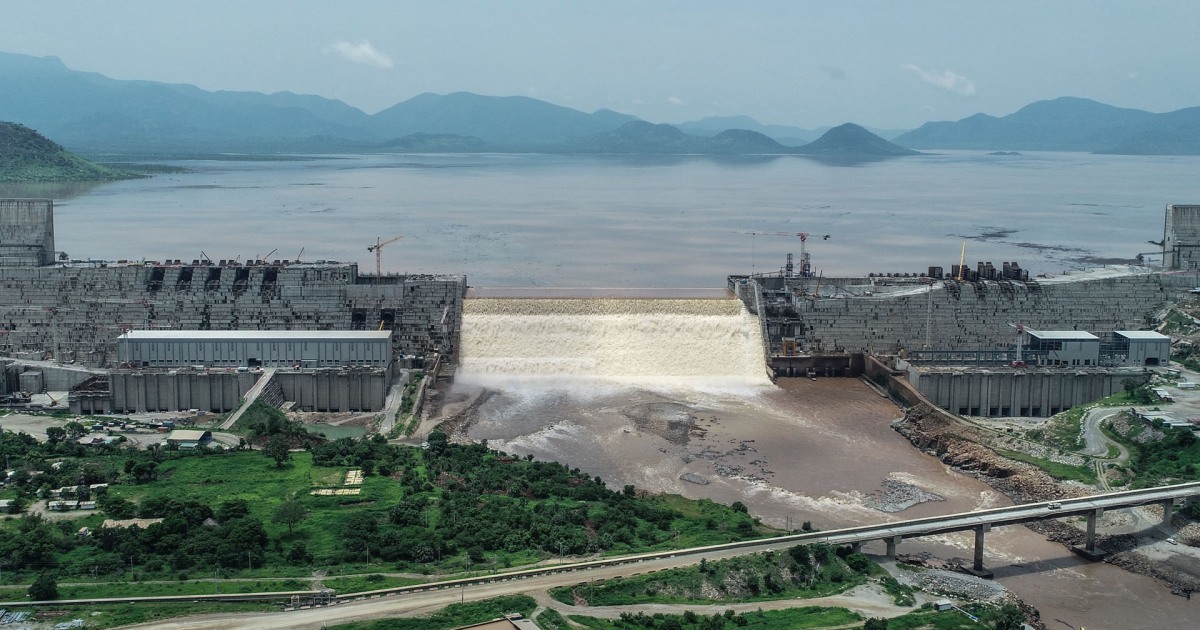 Less than a month remains until the date set by Ethiopia to carry out the second filling of the Renaissance Dam, which it is building on the Blue Nile, the most important tributary of the Nile River;

As Addis Ababa said earlier this year that it would reserve 13.5 billion cubic meters in the coming months of July and August, after it filled the first (4.9 billion cubic meters) last year. What are the options before Cairo and Khartoum regarding this imminent date?

Sudan and Egypt stress their refusal to implement the second filling of the dam without signing a legal and binding agreement with international guarantees. However, negotiations between the three countries stalled after the last round called for by the African Union faltered in the capital of the Democratic Republic of the Congo last April.

In light of the stalemate of negotiations, and with the approaching deadline,

Ethiopia says it will not back down, and Prime Minister Abiy Ahmed even said that “failure to implement the second filling on time will cause Ethiopia to incur a billion dollars in losses.”

Therefore, Sudan and Egypt intensified their movements to meet this challenge;

At the beginning of this week, Egyptian Foreign Minister Sameh Shoukry, accompanied by Minister of Irrigation Mohamed Abdel-Aty, visited Khartoum, and held talks with their Sudanese counterparts, and met the head of the Sovereignty Council, Lieutenant-General Abdel Fattah Al-Burhan.

The consultations focused on the developments of the Renaissance Dam file, which upon its completion will become the largest dam in Africa, so that the two parties agree on the existence of serious risks and dire effects that will result from the unilateral filling of the dam, and they stressed the importance of coordinating the efforts of the two countries at the regional, continental and international levels to push Ethiopia to “negotiate seriously and in good faith.” And with a real political will, in order to reach a comprehensive, just and legally binding agreement on the filling and operation of the Renaissance Dam.

The visions of the two countries also agreed on the need for coordination for an active intervention by the international community "to stave off the dangers related to Ethiopia's continuation of its policy, which is based on seeking to impose a fait accompli on the two countries downstream of the Nile."

But in light of this situation, what are the options for Cairo and Khartoum if Addis Ababa goes ahead and implements the second filling without signing an agreement?

Is it worth withdrawing from the Declaration of Principles signed by the three countries in March 2015, which was a milestone in their understandings regarding the dam?

It gave legitimacy to the project through the recognition of both Khartoum and Cairo, where it came in the fourth paragraph of the Declaration of Principles what was called the "principle of fair and appropriate use" of the dam?

However, the agreement explicitly stated in its fifth paragraph that the countries concerned with the dam file agree on the guiding rules to ensure the equitable and appropriate use of the dam, and not the signing of a legally binding agreement for Ethiopia, as it stated that “the guidelines and rules for the first filling of the Renaissance Dam are agreed upon, which It will cover all the different scenarios, in parallel with the dam construction process."

The declaration provided for notifying the downstream countries (Egypt and Sudan) of any unforeseen or emergency circumstances that require a reset of the operation of the Renaissance Dam, with the establishment of an appropriate coordination mechanism between the three countries.

The annual storage capacity of the Sudanese dam is only 6.5 billion cubic meters, compared to 74 billion for its Ethiopian counterpart.

The provisions of the Declaration of Principles also allowed Sudan to request the formation of a four-way mechanism headed by the African Union, and comprising the United Nations, the European Union and the United States, a request supported by Egypt and rejected by Ethiopia based on Article 10 of the Declaration, which says “if the parties do not succeed in resolving the dispute through consultations or In negotiations, they may jointly request conciliation, mediation, or refer the matter to the attention of Heads of State/Government.”

In view of this discrepancy in looking at the Declaration of Principles, the fact that the two downstream countries go to the Security Council to decide on the dispute with the upstream country is fraught with a “veto” by Russia and China, which prevented the Council from issuing a statement when it held a special session on the dam at the request of Egypt on June 29 June 2020.

Some voices in Egypt and Sudan are also demanding to go to the International Court of Justice to resolve the dispute, based on the International Convention on Rivers, the eighth article of which stipulates the obligation to cooperate on the basis of the sovereign equality of riparian countries to achieve mutual benefits, with the aim of achieving the optimal use of the international watercourse, including This includes the exchange of data and information on the state of the river's course (Article 9), the prevention of natural disasters (Articles 27 and 28) and the control of water and its flow (Articles 25 and 26), and consultation regarding planned projects (Articles 11-19).

Article 33 of the International Convention also stipulates a series of procedures for the peaceful settlement of disputes between states, such as direct negotiations, good offices, mediation, investigation, conciliation, arbitration, and recourse to the International Court of Justice.

But the court’s modus operandi, which requires that all parties to the dispute agree to resort to it, makes it a difficult, if not impossible, choice;

Ethiopia will not accept going to court while it is making strides in building the Renaissance Dam.

Egypt and Sudan are active in rounds between African countries in an attempt to gain support for their position, and to pressure Ethiopia to reach an agreement.

These rounds are matched by Ethiopian moves in the same stadium, and the influence of both Egypt and Sudan in Africa is weak compared to Addis Ababa, which hosts the headquarters of the African Union, and for many years has been the leader of the East African Group in the blocs of the Union.

"Do not be deceived".. Professor of political science, Hassan Nafaa, commenting on the talk about the failure of filling the # Renaissance Dam for technical reasons pic.twitter.com/TAzv6V618K

Some also talk - especially in Cairo - about the possibility of taking military action to strike the Ethiopian dam, especially since there is military coordination taking place between Cairo and Khartoum, which carried out military maneuvers twice in just 3 months, but the Chairman of the Sovereignty Council and the Supreme Commander of the Army in Sudan said in May Last May, his country would not take military action to solve the dam issue, and it would adopt peaceful solutions.

This made the military option unlikely, and even if Cairo wanted to resort to it, it would do so unilaterally, and it must use the airspace and lands of Sudan and even its airports to implement it. which Egypt bought from France, and this solution will find strong rejection from the international and regional communities.

With Sudan changing the method of operating the Roseris dam by not emptying it of water last May, as it used to do annually, it seems that Khartoum is preparing for Ethiopia to start the second filling without signing an agreement, in addition to that Sudan has changed the method of operating the Jebel Awliya Dam - which is located 45 kilometers south of Khartoum - on the other branch of the White Nile. The authorities did not empty the dam lake in the months of April and May, to ensure that drinking water stations were not affected north of the capital.

In light of these complex situations that Khartoum and Cairo are facing, a question remains raised by some experts: Is Ethiopia in an engineering position in terms of constructing the dam that allows it to be filled with a second filling?

There are doubts about the matter because it requires the middle wall of the dam (the concrete wall) to rise to a level of 595 meters, and until the first week of June, the construction reached a height of only 536 meters.

With the intensification of rainfall in the area of ​​the Renaissance Dam, which can impede construction operations and stop them until the end of the rainy season; This reinforces the previously mentioned doubts, as one of the Sudanese specialists said - asking not to be named - "There is now a race between the engineering side to build the middle wall and the rain, so if the construction reaches 595 meters before next month, the second filling can be done, and if it does not happen. So Ethiopia can stockpile less than planned."