Casado encourages the protest on Sunday in Colón: "Sánchez is kidnapped by the independence movement"

The president of the Popular Party, Pablo Casado, has assured this Saturday that the Prime Minister, Pedro Sánchez, has been "kidnapped" for independence and ... 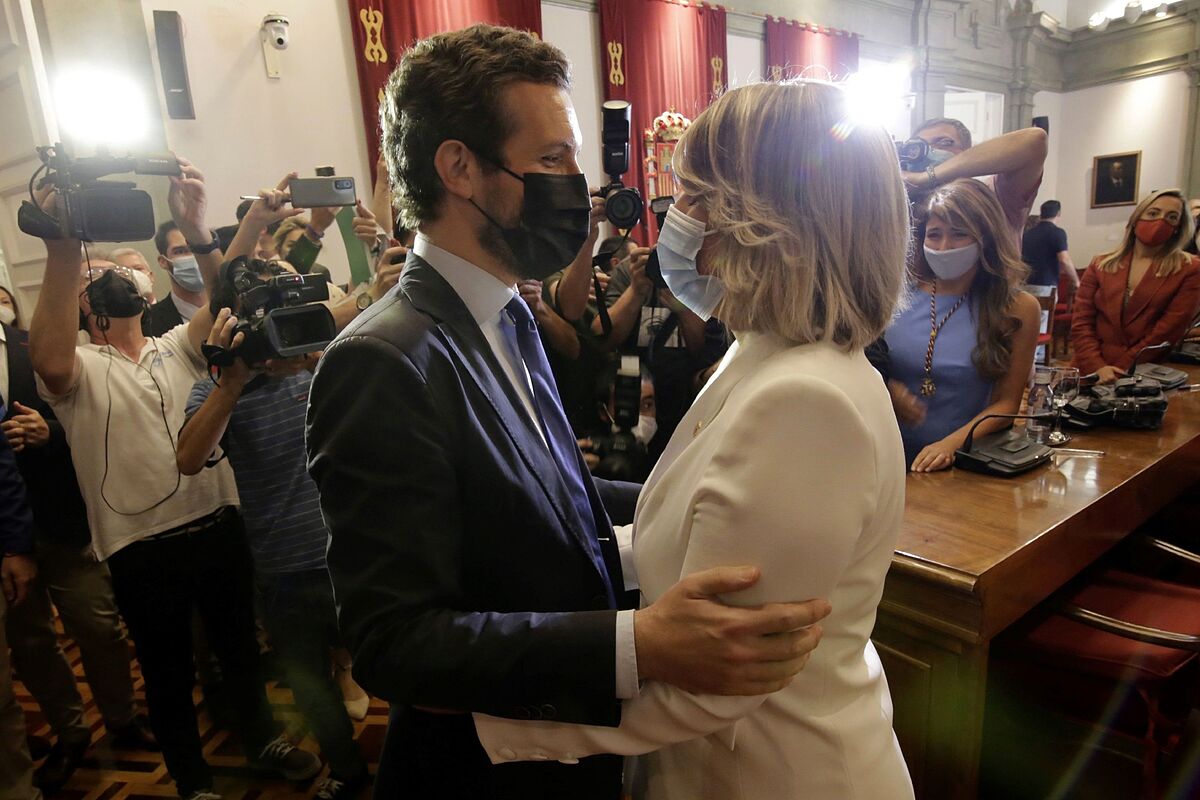 The president of the Popular Party, Pablo Casado, assured this Saturday that the President of the Government, Pedro Sánchez, has been "kidnapped" by the independence movement and the "radicalism" because "he wanted" and that the "payment" that they ask of change of its parliamentary support is the Constitution and the "unity of the Spanish."

, where the new councilor,

, Casado has accused Sánchez of having "surrendered" to the independentists and has remarked that his party is not going to allow him to deliver the Constitution, "legality and harmony", national unity and equality for the Spanish to continue in the presidency of the government.

A day before attending the demonstration in Madrid called against the possible granting of pardons to Catalan politicians convicted of sedition, the PP president has stated that Sánchez "no longer fools anyone" and has the "Stockholm syndrome" wanting to do see that it is the independentistas and the leaders of Bildu who "seek harmony."

"He gave himself to Bildu"

Casado has influenced the fact that the chief executive relied on these political forces to get the investiture without calling the PP.

"He turned himself in to Bildu in exchange for besmirching the victims of terrorism," he said.

The leader of the

has pointed out that in the PP they will not be "palmeros" of a "suicidal agenda" based on the increase in taxes, the division of the Spanish and the commitment to nationalists and "batasunos", nor will it they will be so that "no one sells national sovereignty for a handful of votes."

In his opinion, if Sánchez had known three years ago how he is acting, "he would make a motion of censure himself", criticizing that he speaks of "economic triumphalism" with "six million unemployed people" or of a "social agenda" with "two million Spaniards in the queues of hunger".

"He no longer keeps his word and prefers to give up Spain to give up command," he emphasized before warning that the "worst decades" in the history of Spain in the 19th and 20th centuries have been marked by "nationalisms and cantonalisms. ", movements based on the vindication of" differences ".

PoliticsThe PP agitates the 'rebellion of the mayors' against Sánchez in front of Congress: "We are abandoned"