"The election of the Emirates to the Security Council" tops "Twitter"... and tweeters congratulate the state on its "historic" achievement

The hashtag #Election_of_the_UAE_in_the_Security_Council was issued on the social networking site “Twitter”, after the members of the United Nations General Assembly elected the UAE to membership in the Security Council, along with Albania, Brazil, Gabon and Ghana for the period 2022-2023, which culminates in a diligent diplomatic work that took place 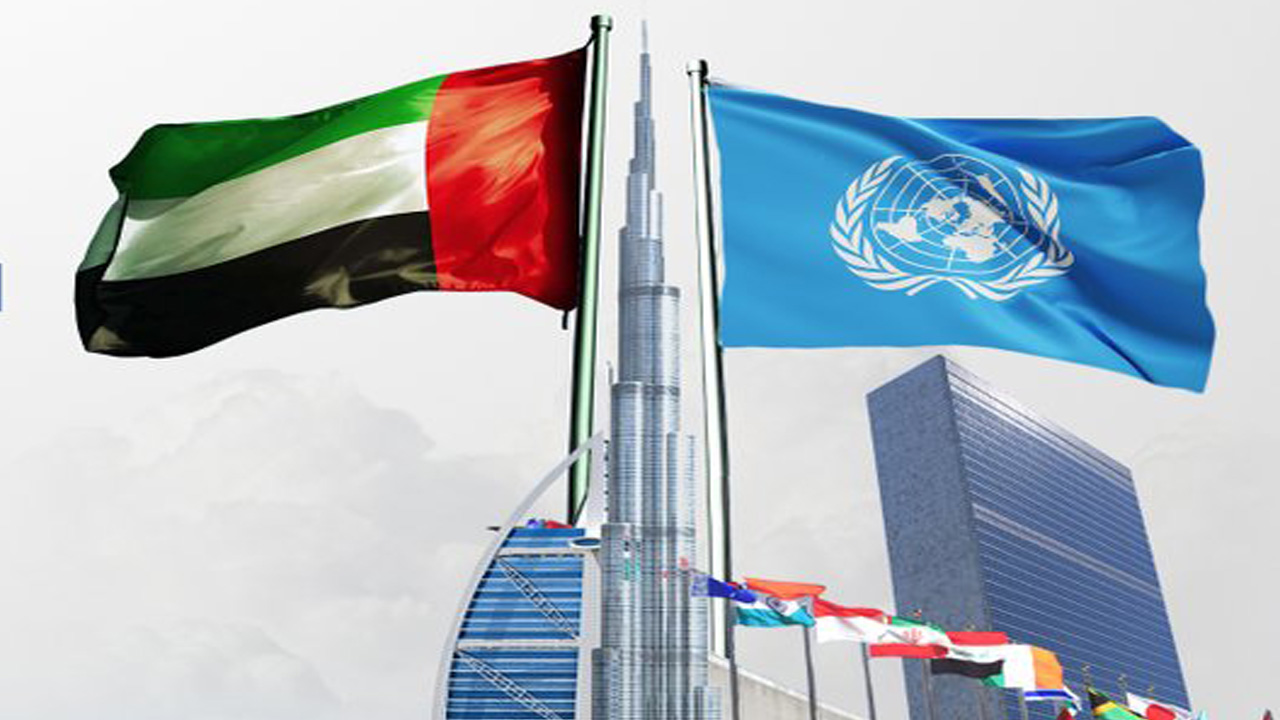 "The election of the Emirates to the Security Council" tops "Twitter"... and tweeters congratulate the state on its "historic" achievement

The hashtag #Election_UAE_in_the_Security_Council was issued on the social networking site "Twitter", after the members of the United Nations General Assembly elected the UAE for membership in the Security Council, along with Albania, Brazil, Gabon and Ghana for the period 2022-2023, which culminates in a tireless diplomatic work that took place under the slogan "Stronger with our Union".

The tweeters, citizens and residents, and from various Arab countries, congratulated the United Arab Emirates on this achievement, and also expressed their pride in that it is a historic achievement for all Arabs.

Tweeters congratulated the UAE state and people on this great achievement, describing it as a "historic achievement", which reflects the state's active diplomacy and its position at the international level, and one of them said: "In a historic achievement that reflects its active diplomacy and its standing at the international level and its commitment to achieving peace and promoting inclusiveness... a state The UAE wins a non-permanent seat on the Security Council for the period 2022-2023... Mubarak to the UAE government and people.

Another said: "Congratulations to the beloved UAE leadership and people. The UAE's constant endeavor to consolidate peace, cooperation and development on the international scene makes us obtain membership in the Security Council for the period from 2022 to 2023... a great and historic achievement."

As here are tweeting from outside the country, the government and people of the Emirates, for this new achievement, and one of them said: "From Saudi Arabia... the UAE and the sons of Zayed... the country, leadership and people sincere congratulations and blessings for your victory in the membership of the Security Council... God glorifies your victory, our victory, and your pride is our pride."

For their part, tweeters raised the slogan “stronger with our union”, noting that the UAE, through its tireless work and overcoming all challenges, to reach what it has reached today. In the #Security_Council, and working on concerted global efforts to overcome the unprecedented challenges the world is currently witnessing.

Another said: "We are stronger with our union... Yes, the UAE is the land of achievements and the making of history. Its place is always among the great powers."

Tweeters stressed that the election of the UAE to the Security Council is a reflection of the world's confidence in the state's policy and firm strategy. .

Tweeters expressed their pride in the UAE, and in every new achievement it makes, especially as it goes beyond being a local achievement only to be an achievement for all Arabs. He rejoices in the Arab achievements and we have the right to be proud of the honorable Emirati diplomacy.”

In a related context, tweeters thanked His Highness Sheikh Abdullah bin Zayed Al Nahyan, Minister of Foreign Affairs and International Cooperation, for his efforts, describing His Highness as the "Knight of Diplomacy." One of them said: "#Election_of_the_Emirates_in_the_Security_Council.. From here, the Emirati diplomatic knight Abdullah bin Zayed began his preservation God".

Another said: "You see political science as expressing words and deeds... and you, Knight of Diplomacy, are an engineer for politics... generations learn from behind, generations and generations... from Zayed School learn the arts of study."

It is noteworthy that this vote confirms the position of the UAE diplomacy, and its active mediation in major conflict theaters, through its moves to achieve the principle of maintaining international peace and security.