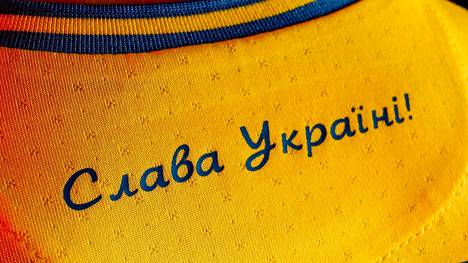 The jersey of the national football team preparing for the Ukrainian European Championships raised a stir in Russia earlier this week.

Crimea is still part of Ukraine under international law and has been illegally annexed by Russia.

The shirt also features statements that are considered nationalist, often associated with Ukraine’s struggles for independence, such as “Glory to Ukraine!”.

Now the matter has also been commented on by Russian President Vladimir Putin.

"Ukraine's position, which neglects the will of the Crimean people, is well known, so there is nothing new in the new outfit of their national football team and the image of the peninsula," Putin said in an interview with TV channel Russia-24, according to Russian news agency Tassi.

According to Putin, Ukrainians do not respect democracy.

However, the president noted that the Ukrainian jersey did not offend him.

- We are well aware of the position of the Ukrainian authorities on Crimea.

They are neglecting the will of the criminals, which also does not fit the understanding of the importance of democracy, Putin said.

Putin recalled that the Crimean people expressed their desire to join Russia in the 2014 referendum, but “the Ukrainian authorities do not recognize this”.

In an early referendum in Crimea in 2014, 96.77 percent wanted the region to be annexed by Russia, according to Crimean election authorities.

Western countries, including the Finnish Ministry of Foreign Affairs, condemned the vote as illegal and unconstitutional in Ukraine.

The jersey reads “Glory to Ukraine!”.

For that slogan, Uefa gave the green light, but "Heroes glory!"

was ordered to be deleted.

Uefa, the European football federation, which is hosting the European Championships starting on Friday night, decided on Thursday that the map on Ukraine's jerseys should be approved.

According to Uefa's decision, the boundaries of the map displayed on Ukraine's jerseys follow the official state borders approved by the UN, ESPN reports.

The Russian Federation had previously complained about Ukrainian jerseys to Uefa.

- Then let our players go to the field in shirts with the outlines of the Russian Empire, which include Poland, Ukraine and Finland, Svishtsjov loaded.

In addition to the outline of the map, Uefa gave the green light “Glory to Ukraine!”

Instead, another slogan, “Glory to the Heroes!”, Uefa ordered to be removed.

- The combination of these two slogans is considered to be clearly political in nature and has historical as well as militaristic significance, UEFA said in a statement.

Ukrainian President Volodymyr Zelenskyi has also given his support to both the jersey and the national team.

On Wednesday, he released on Instagram a selfie wearing that jersey.