The new government coalition in Israel agrees on the commitments of its components, including the United Arab List

The parties forming the new ruling coalition in Israel signed agreements defining the obligations of the parties within the combination of 8 parties from the far right to the far left, including the United Arab List. 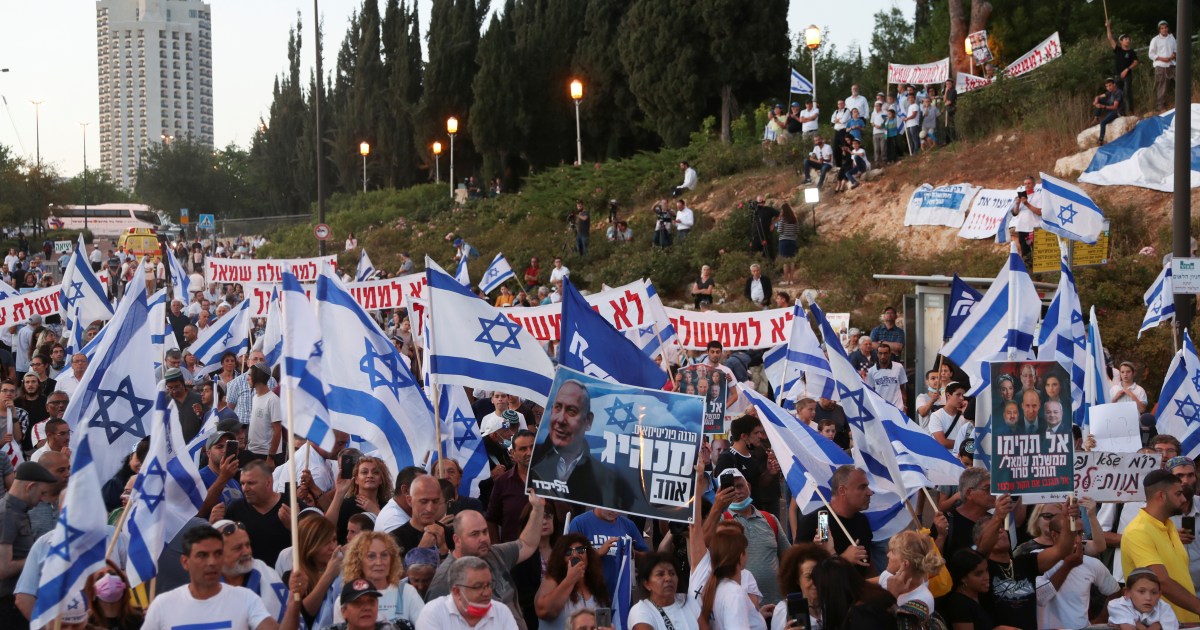 The parties forming the new ruling coalition in Israel signed agreements defining the obligations of the parties within the combination of 8 parties from the far right to the far left, including the United Arab List, which is the first Arab (Palestinian) party to join a government coalition since the founding of Israel.

The rotating government will be presented to the Knesset on Sunday evening to gain confidence, as it will be headed first by the right-wing "Jewish Home" party leader Naftali Bennett, followed by Yair Lapid two years later, the head of the "There is a Future" party, and the current Prime Minister Benjamin Netanyahu will be absent from power for the first time since 12 years old.

Under the agreement signed with the United Arab List, it will be represented by a deputy minister in the Cabinet Office, a deputy speaker of the Knesset, and its members will be entrusted to the Knesset Interior Committee and the Arab Community Affairs Committee.

The agreement specified dealing with a series of important issues for the Palestinians within the Green Line, such as freezing the demolitions of Arab (Palestinian) homes, recognizing 3 villages that Israel does not recognize in the Negev desert, and combating violence. It also specified the size of the budgets needed to advance Arab villages and towns within Five-year plan.

On the other hand, the difficulties of the Likud party led by Netanyahu are increasing with the approach of its exit from power, as the internal media has highlighted the last hours of the growing criticism directed at the Likud, after the Gaza war and the escalation in Jerusalem left deep scars on the party’s future in the next stage.

Writer Limor Livnat said in the Yedioth Ahronoth newspaper that Netanyahu goes to an unthinkable length, sends his followers to attack his opponents, and continues to foster the toxic rhetoric that distinguished him, as she described it.

She pointed out that Netanyahu clings to power to the point that he refuses to be his replacement, even from within his Likud party.

The writer added that cries of discontent within the party began to emerge, and continued, "Those who still doubt the possibility of changing it must wake up, it is time to act."