The day after the fire in Vrinneviskogen - the situation under control

The day after the fire in Vrinneviskogen, the situation is calm in place. Police are now investigating the incident, but it is still unclear what caused the fire. 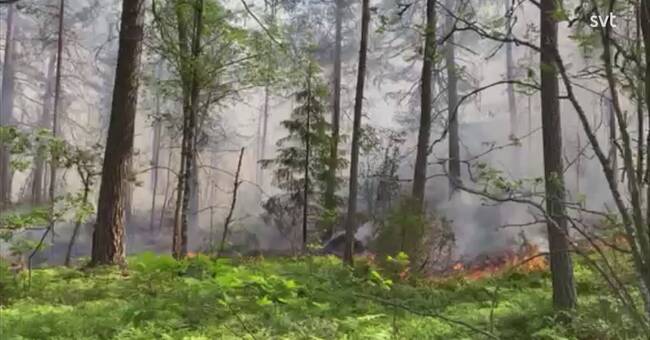 It was during Thursday that it started to burn in Vrinneviskogen in Norrköping.

In the evening, the rescue service was able to announce that they had ended the emergency operation and that the forest owner had taken over the post-extinguishing.

The night has since been calm, says Daniel Agerhult, internal commander at the Rescue Service Östra Götaland.

- We are not there now, but it is the forest owner who works to control the fire.

However, we were out helping to fill up a tank that they use.

The police are investigating the incident as arson, but according to the preliminary investigation leader Gunilla Broman, they are constantly checking whether the classification should remain or be changed.

It is still unclear what started the fire.

- We want witness information, if anyone has seen anything, says Gunilla Broman.