Pedro Sánchez: "All our rejection of vicarious and sexist violence that some want to deny"

The strong impact that the discovery of the body of Olivia, the older of the two girls kidnapped in Tenerife by her father, Tomás Gimeno, has caused in Spain in the past ... 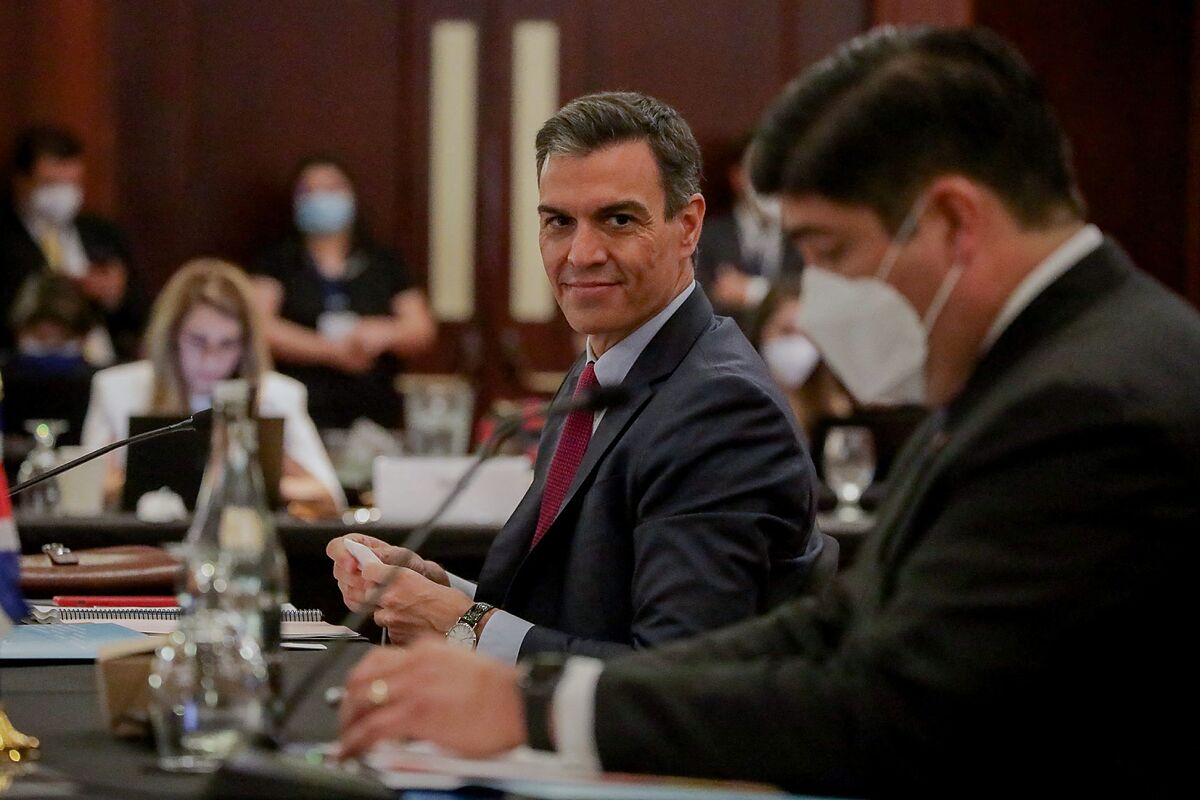 The strong impact that

the discovery of the body of

, the older of the two girls kidnapped in Tenerife by her father,

April 27, has led the President of the Government, Pedro Sánchez, to pronounce today on these events, despite the fact that his public appearance, regarding his official trip to

, is not scheduled until late in the afternoon.

Sánchez has taken advantage of his intervention in the

, together with the president of this country,

, to expressly allude to that tragic event that has shocked the entire Spanish society.

After pointing out that equality between men and women is one of the links between the two countries, the chief executive wanted to begin by echoing a "very sad, very terrible event that has occurred in Spain."

"All our rejection of vicarious violence, of sexist violence that some continue to deny," he said, referring to Vox, which frames these murders in domestic violence.

"Vicarious violence is doubly savage and inhuman because it seeks to cause pain not only to the woman but also to the children."

Sánchez has referred to a "black day" in Spain, "another one of sexist violence", alluding not only to the discovery of little Olivia but to the murder of the 17-year-old

at the hands of her ex-partner.

"All of Spain is shocked, all our support to the families, whose pain is absolutely unbearable and unimaginable."

The Government and society as a whole, he added, will continue to fight to end this scourge once and for all. "

The chief executive is on the last day of his Latin American tour. After visiting Argentina on Wednesday, since yesterday he has been in Costa Rica where he received the news that the body found in the sea belonged to Olivia. At that time, he posted a condolence tweet on his official account. "I cannot imagine the pain of the mother of little Anna and Olivia, who disappeared in Tenerife, in the face of the terrible news that we have just learned. My hug, my love and that of my whole family, who today stands in solidarity with Beatriz and her loved ones dear, "he wrote. But until today he had not spoken of it publicly.

Even Queen Leticia has made an impromptu mention at the beginning of the closing ceremony of Santander Womennow that has been held at the Bank's Vocento Headquarters.

"It is difficult this morning to avoid the expression of pain and sadness for the murder of minors, according to the news that has hit us in the last hours. I am referring to the girls of Tenerife and a girl murdered in a Sevillian town, a minor of 17. I don't think there is anyone this morning who does not try to put themselves in the shoes of all the people who love these girls, of these murdered minors, "also alluding to the death of the young Rocío Caíz, whose ex-boyfriend has confessed to crime.