Italian police search the body of Saman, 18, who refused to be forced to marry - surveillance camera recorded relatives in ominous images

The prosecutor believes Saman Abbas, 18, a Pakistani-born Pakistani-born person who had been safe from social services since October, was tempted to visit his home by cheating. 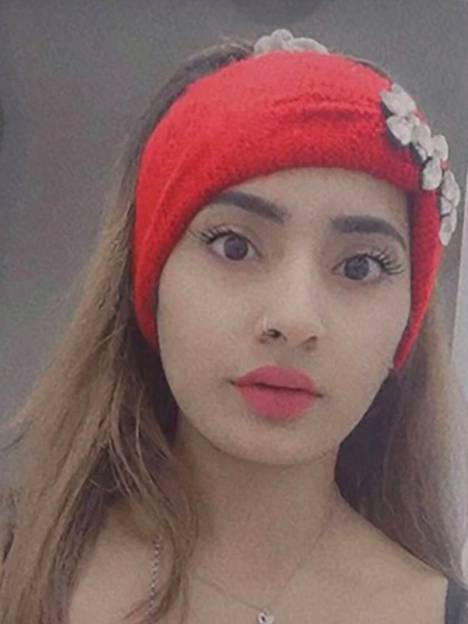 The body of 18-year-old Saman Abbas has been searched in Italy since early May.

According to the news agency Ansa, the pre-trial judge of the case said on Monday that Saman's uncle is suspected of strangling the girl who refused to be forced into marriage and has subsequently confessed to her little brother.

The girl's parents and two cousins ​​are also suspected of involvement in Saman's murder and the destruction of this body.

In addition to the Italian media, the case was covered by the BBC and The Times, among others.

According to police, Saman’s Pakistani family wanted him to travel to Pakistan.

The purpose of the trip would have been an arranged marriage, which the girl had announced she would refuse last year.

According to local media, Saman had been living under the protection of social authorities since October.

In April, however, he returned to his home in northern Italy, in the province of Reggio Emilia, to pick up his identity card.

When police officers concerned about the girl called the house on May 5, they heard that her parents had traveled to Pakistan with each other.

Saman’s uncle, Danish Hasnain, 33, and the girl’s 16-year-old brother were soon stopped at the Italian-French border.

Hasnai was allowed to continue his journey, but Samani's little brother had to stay in Italy because he is a minor and did not have the necessary documents to travel with him.

The brother told police that his sister and parents had violently quarreled over the identity papers the girl demanded.

According to Ansa's sources, the brother also spoke at the interrogation about his uncle's confession and that he had not told him the whereabouts of Saman's body.

- We took care of the job well, Uncle allegedly wrote about his online conversation after Saman's disappearance.

According to police, the man is believed to be referring to “doing” the killing of the girl and the destruction of this body.

Samani had a Pakistani-born boyfriend in Italy who, after hearing, is said to be outraged by his father.

According to police, Saman sent a message to his boyfriend’s phone saying he had heard from the page how his mother was discussing her murder.

In the message, Saman asked his boyfriend to call the police if nothing belonged to him for two days.

After the girl's disappearance, the family's father told the local newspaper that he had traveled to Belgium.

According to the little brother's testimony, the family handed Saman over to his uncle, who strangled the girl with the help of these two cousins.

Police have seized a video of a surveillance camera filmed on April 29, which sees Saman leaving his home with his parents.

Police suspect the girl was handed over to her uncle after leaving home.

The uncle and his cousins, suspected of assisting him, had been recorded the day before on another surveillance camera video showing them carrying shovels, crowbar, bucket, and blue bag.

Uncle and cousins ​​of the same Abbas in the surveillance camera photo on April 28th.

The whereabouts of the same uncle, Danish Hasnain, are not yet known.

Since Saman’s parents are in Pakistan, the only five caught suspects are Cousin Ikram Ijaz, who was arrested last week in Nimes, France and then extradited to Italy.

Police have searched for Saman at the La Vella orchard near his hometown of Novellara, which his father worked as a caretaker.

The soil has been studied with electromagnetic sensors, among other things, but no body has been found so far.

Prosecutor Isabella Chies said the parents are believed to have tricked Saman into returning home.

He said there was no hope of a positive settlement of the case, as he believes it was a pre-planned murder.

Prosecutor Laura Galli participated in the search for the body of Sam Abbas at the La Vella orchard on Wednesday.

The fate of Saman has shocked Italy and brought to the fore once again forced marriages and so-called “honor killings”, which seek to justify the killing of a female family member by protecting the honor of the family.

Fatwa refers to the legal opinion of an Islamic theologian on any question posed to the scholar by any believer.

According to the organization, which expressed its “shock and concern”, the fatwa opposes “a procedure for which no religious justification can be found, which must therefore be fully condemned and which must be increasingly prevented”.