Euro: a silver trophy for a gold eleven - France 24

Euro: a silver trophy for a gold eleven Paris (AFP) Eleven is the golden ratio of the Euro: from June 11 to July 11, in eleven host countries and eleven against eleven, football's Europe is seeking the prestigious continental crown, property of Portugal and coveted from of Friday by several suitors, including France. The 8 kg and 60 cm fine silver of the famous Henri-Delaunay trophy await their destination at the end of the tournament 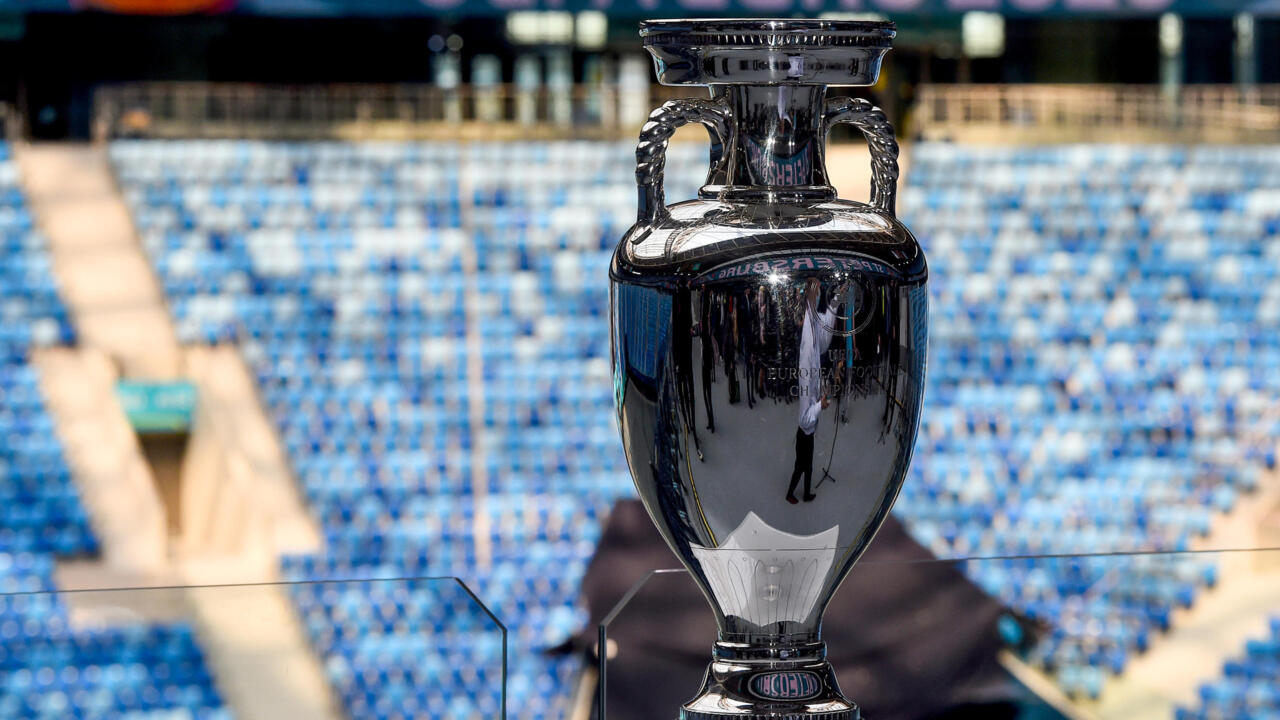 Eleven is the golden ratio of the Euro: from June 11 to July 11, in eleven host countries and eleven against eleven, football's Europe is seeking the prestigious continental crown, property of Portugal and coveted from of Friday by several suitors, including France.

The 8 kg and 60 cm fine silver of the famous Henri-Delaunay trophy await their destination at the end of the tournament which begins Friday evening and will lead the 24 selections entered from London to Baku and from Copenhagen to Seville.

From the opening match, an enticing Turkey-Italy Friday night in Rome (9 p.m.), the whole continent is eager to see the best teams do battle, despite the lingering uncertainties linked to the Covid-19 pandemic, which has already resulted in the one year postponement of the competition initially scheduled for 2020.

Portugal, defending champion for five years - an unprecedented duration -, tackles the great continental meeting with its unchanging star, Cristiano Ronaldo (36), unchanged ambitions and a mixture of experience and youth.

"We are candidates to win the title. I leave with the same conviction that Portugal can win this championship," assured coach Fernando Santos.

- Ronaldo, the Blues and Germany -

Big star of the team, Ronaldo has new records to seek.

The five-time Ballon d'Or, currently tied with the Frenchman Michel Platini at 9 goals in the European Championship, may become the only top scorer in the history of the Euro.

He can also become the best scorer in the history of the selections (104 goals, five lengths of 109 goals from Iranian Ali Daei).

But in an ultra-tough Group F, the Portuguese will meet the Blues on their way, vice-European champions five years ago and then 2018 world champions, for a revenge of the 2016 final (1-0 ap).

The France team, guided by its stars Antoine Griezmann, Kylian Mbappé and the returning Karim Benzema, hopes to reproduce the incredible World-Euro sequence of 1998 and 2000, when Didier Deschamps was captain.

Now a coach, "DD" nevertheless measures the path that remains to be covered.

Winning titles, "it is not done by snapping your fingers," he told AFP last month.

"The other nations are progressing, working, they are not sleeping. The ambition must be there."

The experienced French technician will cross the road on Tuesday with another world champion, the German Joachim Löw, who will live his final tournament and hopes to end his long term as coach in style.

Despite the humiliation of the World Cup-2018 (elimination in the first round) and worrying signals (6-0 slap against Spain in November), Löw wants to be "optimistic" for the Mannschaft.

"What I see and feel in terms of energy and commitment to the team is excellent," he said in an interview with German agency SID, AFP's sports subsidiary.

Another reborn nation, Italy finds the elite after the trauma of its non-qualification for the last World Cup.

Rejuvenated by Roberto Mancini, the Nazionale remains on 27 games without defeat and will be the favorite of a fairly open group A with Turkey, Wales and Switzerland.

Spain, poured into Group E with Sweden, Poland and Slovakia, could also claim the status of rising value after a reconstruction led by coach Luis Enrique, who wiped out the historic Euro-World-Euro treble successful between 2008 and 2012.

But the Covid-19 caught up with the "Roja", disturbed in her preparation by the positive test of captain Sergio Busquets and defender Diego Llorente, Llorente being finally diagnosed negative the next day.

On the triumphant youth side, we should rather look at the England side of Marcus Rashford and Harry Kane, who dreams of the last four at home in London, in the legendary Wembley stadium.

For the English, opposed to Croatia, Scotland and the Czech Republic in Group D, missing the semi-finals would "probably" be a failure, warned coach Gareth Southgate.

And then there is Belgium and its golden generation (Hazard, De Bruyne, Lukaku), which is guilty of the Euro so as not to squander a new opportunity to dust off its trophy cabinet.

The Red Devils have a pool B within their reach with Russia, Denmark and the Finnish rookie ... This is also the case for the Netherlands in Group C, with Ukraine, Austria and another newcomer, North Macedonia, which hopes to be one of the revelations of this Euro in an unprecedented format.