Barrage Top 14 / Pro D2: a Basque derby "to life, to death" between Bayonne and Biarritz - France 24

Barrage Top 14 / Pro D2: a Basque derby "to life, to death" between Bayonne and Biarritz Bayonne (AFP) Basque pelota medals and trophies mingle with the relics of the Aviron bayonnais on the paneled walls of the bar-restaurant Tranquille, which is not that much this week before the fratricidal derby against Biarritz, one of the most popular rivalries. more acerbic of French rugby. Run for more than half a century by the same family, just in front of the Jean-Dauger stadium, the esta 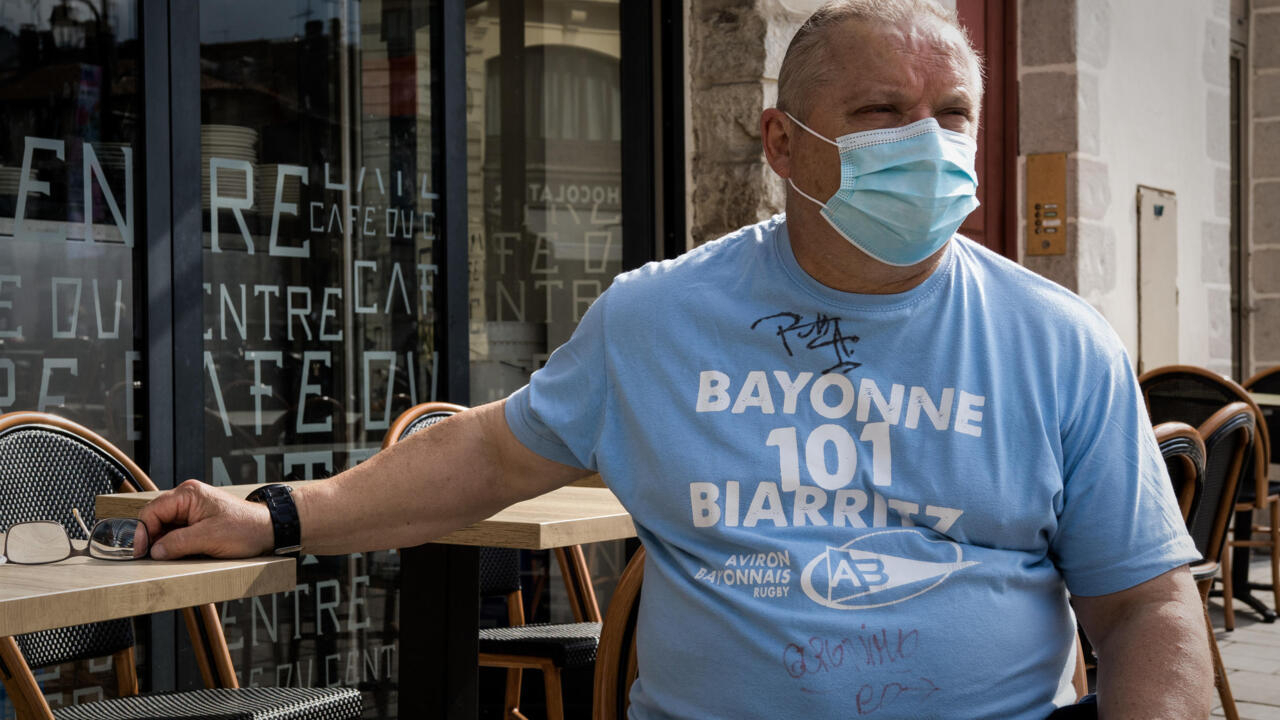 Basque pelota medals and trophies mingle with the relics of the Aviron bayonnais on the paneled walls of the bar-restaurant Tranquille, which is not that much this week before the fratricidal derby against Biarritz, one of the most popular rivalries. more acerbic of French rugby.

Run for more than half a century by the same family, just in front of the Jean-Dauger stadium, the establishment offers every noon, no frills, a unique garbure-starter-main-dish-dessert-coffee menu at 14 euros.

"It's more expensive for the Biarrots!", Jokes under his white apron stained by the cuisine of the day the boss Nicolas Camino, to better play down the play-off "to life, to death" that will be played on Saturday "his" Bayonnais at the hated neighbor with as colossal stake their survival in Top 14.

On the other side of the enclosure, at the edge of the main road, a small group of retirees tries to glimpse between the fence and the shrubs the last training of their team before they go to the green. away from the growing fervor in the city.

"We would have preferred to avoid all that, as much for us as for Biarritz. Everyone is scared. Especially here, we have more to lose than them," does not hide Étienne Bouro, a 71-year-old supporter.

"It's a little unhealthy, one will kill the other".

It was not just an expression for Rob Linde when, freshly arrived in Bayonne from South Africa, the former second row received death threats in his letterbox ahead of his first Basque derby.

"Fortunately, I did not understand French well at the time," he laughs fifteen years later on the terrace of his bar on the banks of the Nive, Bar Rémy.

"It shows you the intensity of the derby. You really have to live it to understand it".

"Disappointed" with the prefectural decree prohibiting drinking establishments on the coast from broadcasting the meeting, in order to avoid crowds, the adopted Bayonnais still expects celebrations in the event of victory in this city of 57,000 inhabitants who "breathe rugby".

Only 4.769 kilometers separate its Jean-Dauger stadium from the Aguiléra sports park, but one has the impression of stepping into another world when arriving at the edge of the Biarritz beaches, overlooked by luxurious residences.

"Bayonne is an industrial and popular city, whereas Biarritz has long been a holiday resort for the world aristocracy", explains José Urquidi within the walls of the BO historical museum.

The former three-quarter center, whom everyone calls "Julio", is one of the club's memories at 85.

He co-wrote with the late Jean-Louis Berho, another local figure, the book "The Basque derby. Histories of the enemy brothers".

A trip to the roots of a somewhat irrational rivalry, nourished over the decades by often "muscular" confrontations between players, formerly "paid potters", who nevertheless found themselves as good friends on Monday mornings in the same factories, Turbomeca or Bréguet (now Dassault).

Professional rugby and its foreign "mercenaries" - "they cannot have the same ties" - according to Julio sanitized on the ground the antagonism of the Basque neighbors, which would survive only through their most fervent supporters.

In the midst of tourists who have returned in large numbers with the summer sun, the atmosphere has risen more gradually this week in Biarritz, where only a few shops in the center display in their windows, against a background of the Basque flag, the rallying cry "Aupa BO".

Red and white jerseys are all the same hung, for the form, on the frontage of Royalty, the elegant brasserie of the former international pillar Pascal Ondarts, as loud mouthed as nostalgic for the rugby of yesteryear - "the money destroyed everything ".

There is no room for him today economically for two clubs from the Basque Country at the highest level, especially Biarritz and its smaller population (25,000 inhabitants).

"What do we do if we go up? We do not have the means to maintain ourselves," said the hotelier-restaurateur, jaded by the provocations of the new Biarritz president Jean-Baptiste Aldigé.

In conflict with the town hall, the young leader threatens in particular to relocate his club to Lille.

865.570 kilometers from the Jean-Dauger stadium in Bayonne.