After 6 years in space, freeze-dried sperm gives birth to baby mice Washington (AFP) Some are convinced that humans will one day have to leave Earth and go to live on another planet. But one problem (among others) will then arise: the atmosphere of the blue planet will no longer protect these adventurers from space radiation. Concerned researchers have therefore wondered whether this radiation could in the long run affect the reproductive capacities of humans, a 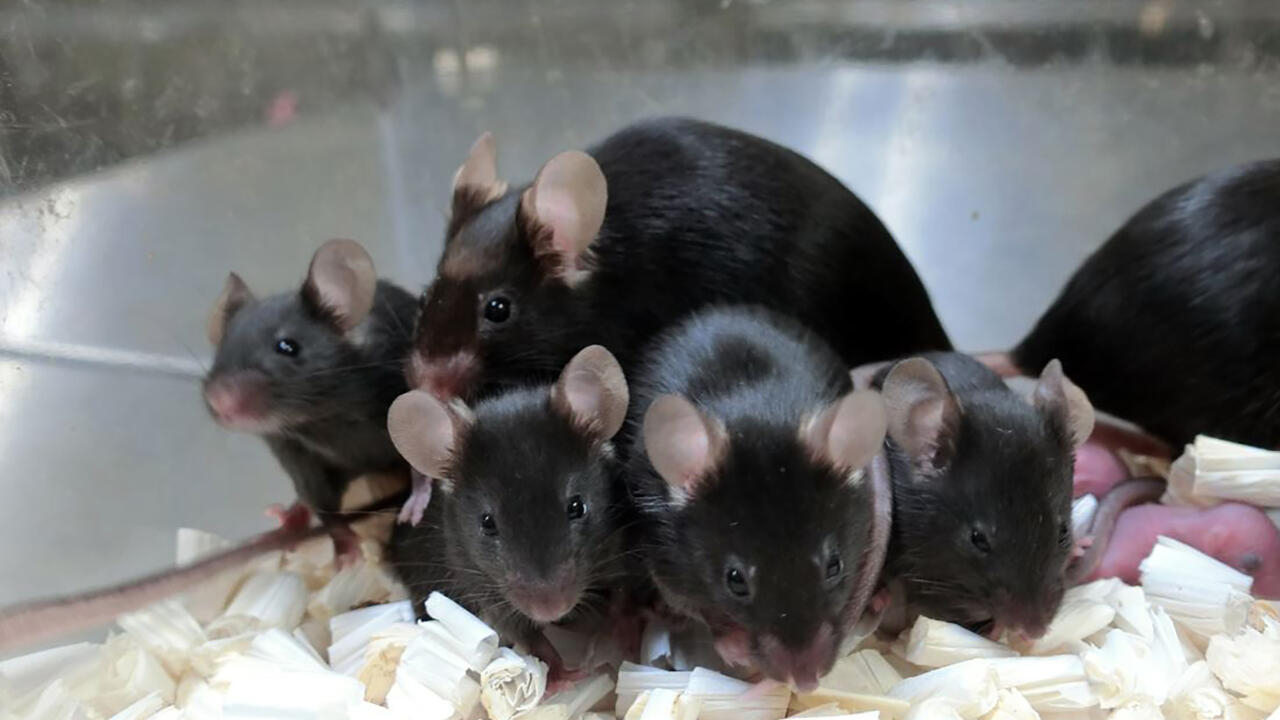 Some are convinced that humans will one day have to leave Earth and go to live on another planet.

But one problem (among others) will then arise: the atmosphere of the blue planet will no longer protect these adventurers from space radiation.

Concerned researchers have therefore wondered whether this radiation could in the long run affect the reproductive capacities of humans, as well as of the animals that will accompany them in their new life.

To answer this question, a large-scale scientific experiment was launched, and its results, published Friday in the journal Science Advances, are rather reassuring.

After spending nearly six years in orbit on the International Space Station (ISS), freeze-dried mouse sperm has indeed been able to give birth, once back to Earth, to a gaggle of healthy baby mice.

Radiation from space includes "solar winds, cosmic rays" emitted by the Sun or from outside the solar system, which are known to damage DNA.

But according to the researchers, "freeze-dried sperm could theoretically be stored in the ISS for around 200 years" without a problem, the lead researcher for the work, Teruhiko Wakayama, professor at Yamanashi University in Japan, told AFP. .

The project started in 1997. Teruhiko Wakayama, who dreamed of being an astronaut and is an avid reader of science fiction, first shows with his team that mice can indeed be born from freeze-dried sperm.

This is a practical requirement: in this form, samples can be stored at room temperature for more than a year.

Otherwise, they would have had to be sent to freezers not available on board the rockets.

Years later, researchers collect semen from 12 mice, placed in six small boxes each containing 48 ampoules, no larger than a pen.

Three of these boxes remained in Japan to serve as a point of comparison, and three took off to the ISS in August 2014. On board the Station, the astronauts place them in freezers at -95 ° C.

A first box is brought back to Earth after nine months, to demonstrate the feasibility of the experiment.

Finally, the third was brought back to Earth in June 2019, after spending 5 years and 10 months in space.

The DNA of the sperm was then observed by the researchers.

"By measuring the damage to DNA, there was no significant difference between samples kept in space for three or six years, or those kept on the ground," said Teruhiko Wakayama.

Once the eggs were fertilized, however, "slight" chromosome abnormalities were detected in the sperm that had spent years in weightlessness.

But this damage did not affect their development.

The embryos were in fact then cultured in vitro, and then some were implanted in female mice.

"Looking at the birth rates of these embryos, there was no difference between those kept on the ground or in space, whether 3 or 6 years old," Teruhiko Wakayama said.

"All the little ones were normal in appearance (...) no abnormalities were found."

Five specimens born from sperm that had spent 3 years in the ISS were studied for their entire lifespan.

The researchers found a slightly lower than average life expectancy.

But these results will have to be confirmed by the study still in progress of other specimens, resulting for their part from the sperm having spent nearly 6 years in space.

Finally, "space mice" were mated, giving rise to new specimens, which themselves produced a third generation.

"All of the offspring were found to be normal," according to the study.

For its co-author, these results are "positive for the long-term preservation of genetic resources".

Rather than taking with them many very cumbersome living animals, humans who migrate to another planet will be able, in order to prevent inbreeding leading to degeneration, to carry freeze-dried sperm, explains Teruhiko Wakayama.

However, the altitude at which the ISS orbits (400 km) still benefits from the protective magnetic shield of the Earth.

Beyond that, the radiations are more intense, and additional experiments should thus be carried out there in the future, judge the researchers.