Major problems with frost damage on gravel roads in Dalsland

Eight centimeters large stones that get stuck in the tires and large holes in the roads. It is everyday life for residents in northern Fyrbodal, which is one of the most exposed areas for frost damage in the gravel roads. Residents there now demand that the road network be given higher priority. - Why can this section not be paved when the shuttle car parks are, says Björn Amundsson who lives in the area. 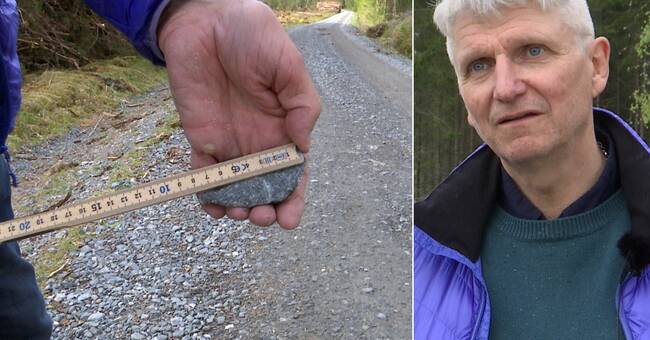 See Björn Amundsson show what the road where he lives looks like in the clip above.

When the water freezes to ice during the winter, it expands, when the heat and sun return, the ice melts and frost damage can occur on the roads.

Has increased by sixty percent

Every year, hundreds of thousands of frostbite are reported on the Swedish road network, the lion's share of them on gravel roads.

In western Sweden, reported frost damage on gravel roads increased by just over 60 percent between 2019 and 2020.

And the most vulnerable area is northern Fyrbodal, Björn Amundsson has experienced that.

For several years he has been involved in getting asphalt on road 2097.

- It is a thoroughfare that has been de-prioritized.

It was strengthened a couple of years ago but it is still in poor condition, he says.