Grönlund responds to criticism from JO: "I no longer thin any emails"

The Ombudsman is now criticizing Region Sörmland after the accusations that the region obscured information during the corana crisis. This is a thinned out public document and the regional director Jan Grönlund deleted three emails after they were requested. Jan Grönlund believes that the emails were insignificant and have been recreated, but that he accepts the criticism and no longer deletes emails. 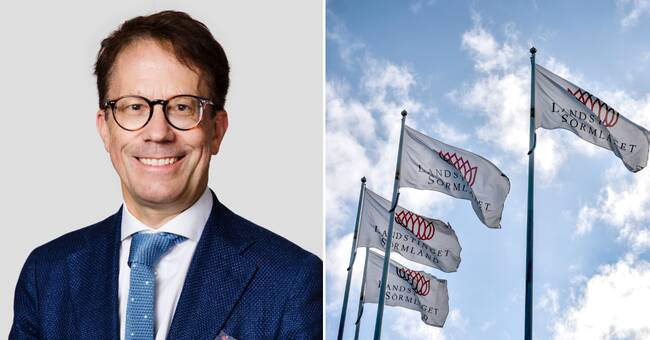 In a JO report that was submitted last year, Eva Burman, editor-in-chief and responsible publisher at Sörmlands Media, says that the municipality, in the middle of the pandemic, obscured and opposed the disclosure of information concerning covid-19.

The Ombudsman has now come up with a JO decision in which regional director Jan Grönlund is criticized for deleting three emails after they were requested.

- I thinned them because they were of insignificant nature then I can say that it was clumsy of me to do it right there and then, says Jan Grönlund, regional director in Region Sörmland.

The Ombudsman also criticizes the then mayor of Gnesta municipality regarding their handling of tasks.

The seven other municipalities that have been notified are free from formal criticism.

On the other hand, the Ombudsman cannot find that there has been a blackout and coordination between the region and the county's municipalities with regard to the disclosure of information.

- The criticism was expected and I think this is extremely important for everyone who lives in Sörmland. We notice a tougher attitude from authorities in our journalistic work. It is becoming more difficult to get documents out and in interviews it is increasingly requested that we send the questions in advance, for example, says Eva Burman.