Côte d'Ivoire: inauguration of the International Academy for the fight against terrorism 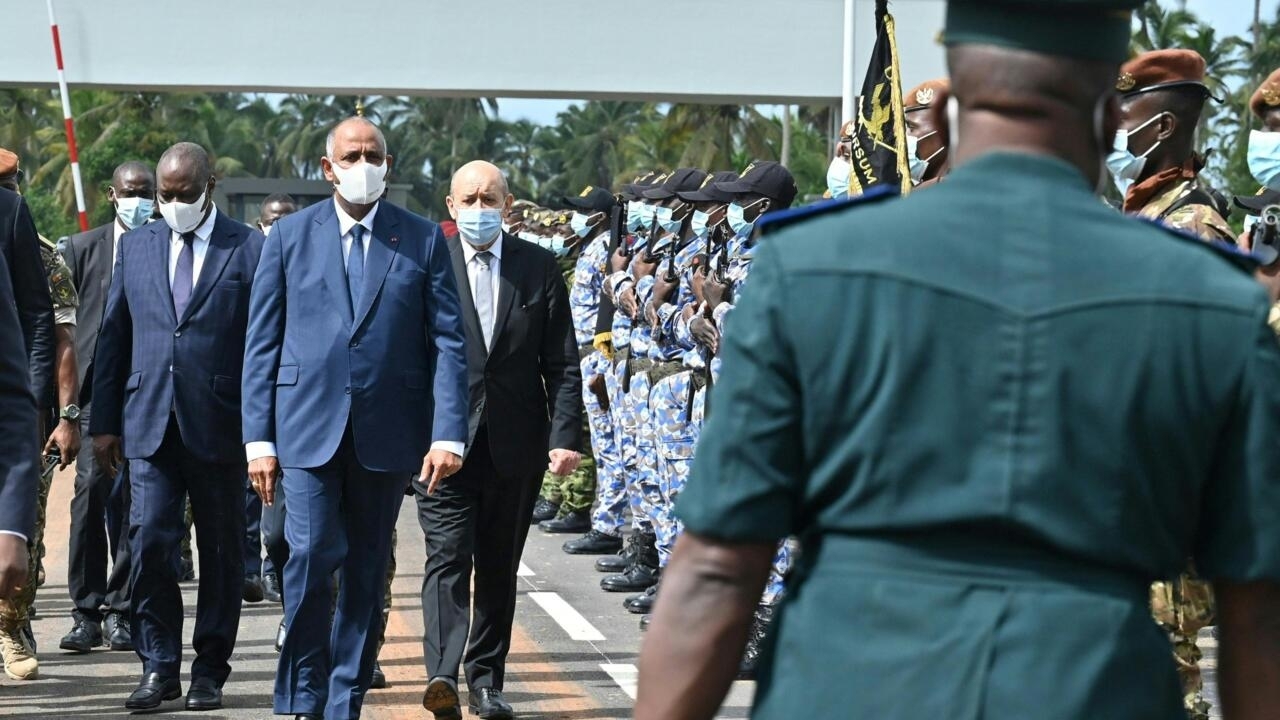 Côte d'Ivoire: inauguration of the International Academy for the fight against terrorism

The Ivorian Prime Minister, Patrick Achi and Jean-Yves Le Drian, French Minister for Europe and Foreign Affairs today inaugurated the International Academy for the fight against terrorism AILCT in Jacqueville, about sixty kilometers from Abidjan.

The first part of the project has been delivered, but the site is operational and can run at full speed.

We will do training, strategy and practice there.

An academy created at the initiative of France and Côte d'Ivoire.

A decision taken by Emmanuel Macron and Allassane Ouattara after the Grand Bassam attacks on March 13, 2016.

Very solemn inauguration, military music, honors and in the name of tradition a libation from a local notable The site covers more than 1000 hectares and it is the first part of the site that has been delivered.

It cost 15 billion, for phase 2 it takes 25 billion, according to the Ivorian Minister of Defense.

The academy looks like an anti-terrorist campus for those involved in the fight against terrorism.

Our responsibility is to fight this common enemy whose actions in the Sahel concern us directly.

The AICLT is at the same time an interministerial school for executives, a training and hardening center for intervention units and a strategic research institute

We will never give in.

It will be here in Jacqueville, the role of the international academy

All the speakers paid tribute to the late Hamed Bakayoko who laid the foundation stone.

The last attack which mourned Burkina Faso has been mentioned several times with anger and emotion, Jean-Yves Le Drian announced that he is going there this Friday, June 11.