Judge Helein Kerstens-Fockens, at a hearing in the case of the Boeing crash on flight MH17, in eastern Ukraine, said that the dossier contains a photo from social networks confirming the presence of the Buk air defense missile system in the Snizhne area on the day of the disaster on July 17, 2014. This was reported by RIA Novosti. 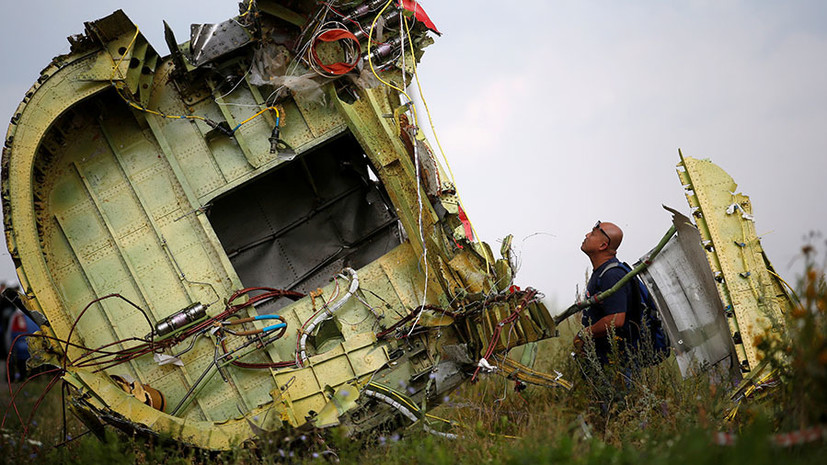 The Buk was on July 17 between Snezhnoye and Pervomayskoye between 10:00 am and noon ... The dossier contains a photo that corresponds to the testimony of the witness.

This photo was found on Twitter by the Joint Investigation Team on July 17, 2014 in the account of a man calling himself Igor Girkin.

The caption to the photo indicates the hashtag Snezhnoye and the caption speaks of Russian artillery and the Buk air defense missile system in Snezhnoye, ”the judge read out in the case file.

She noted that the photo shows a Buk near a house near the 50th Anniversary of October Square in Snezhnoye.

At a hearing in June 2020, Prosecutor Theis Berger stated that the investigation did not have specific information indicating that a surface-to-air missile was launched from Snezhnoye and Zaroshchenskoye on July 17, 2014.

In turn, the former commander of one of the air defense units of the self-proclaimed Donetsk People's Republic, Volodymyr Tsemakh, who is a witness in the case of the MH17 crash, said that he had not seen the Buk air defense system during the conflict in eastern Ukraine, including in Snezhnoye.

Judge Dagmar Koster announced this at the hearing.

The day before, it was reported that the joint investigation team in the case of the crash of Boeing on flight MH17 in eastern Ukraine rejected the testimony of two witnesses who said that they saw a missile launch from the direction of Amvrosievka, where the Ukrainian Armed Forces were stationed at that moment.

9, the presiding judge Hendrik Steenheis spoke about the conclusions of the expert of the Almaz-Antey concern, who was questioned by the investigating judge.

Boeing 777, flying MH17 from Amsterdam to Kuala Lumpur, crashed on July 17, 2014 in the Donetsk region of Ukraine.