The first since taking office.. Biden starts from Britain an 8-day European tour, which includes attending the G7 summit and meeting Putin

Today, Wednesday, Biden begins his first foreign trip since taking office at the beginning of this year, and he will start it by attending the Group of Seven summit in Britain, then he will hold several meetings in Brussels and Geneva, and conclude with an upcoming summit with Putin. 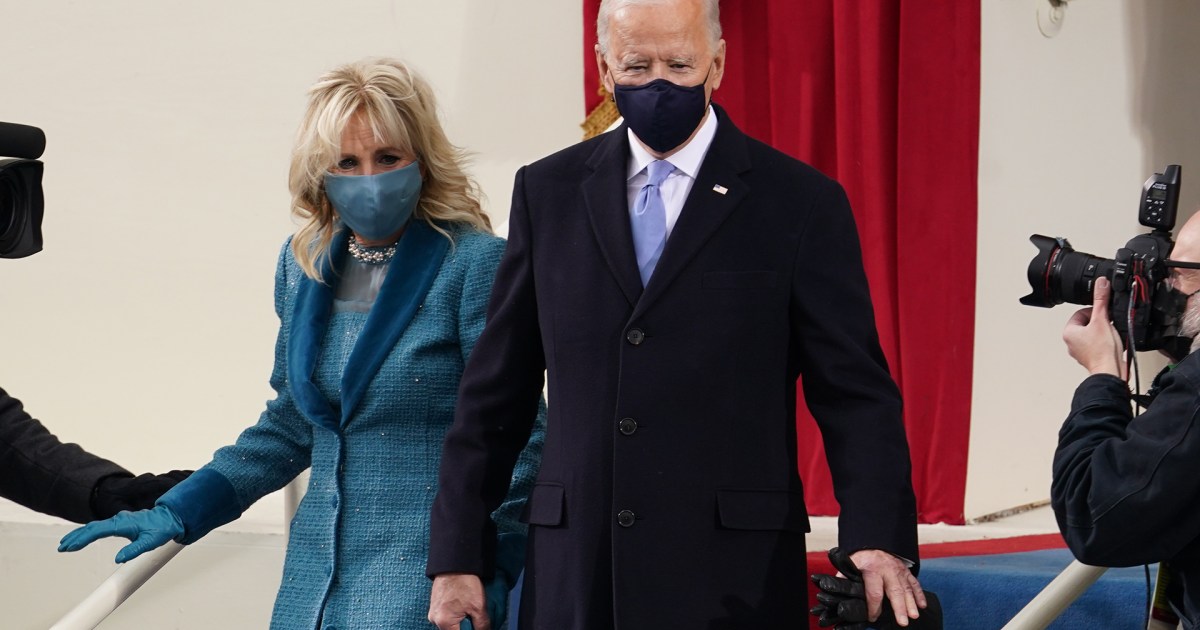 Today, Wednesday, US President Joe Biden begins his first foreign trip since taking office at the beginning of this year, and he will start it by attending the Group of Seven summit in Britain, then he will hold several meetings in Brussels and Geneva, and conclude with an upcoming summit with his Russian counterpart, Vladimir Putin.

Biden is scheduled to meet today with US soldiers in the English county of "Suffolk", and then he will meet with British Prime Minister Boris Johnson tomorrow in Cornwall.

The US president will participate in the summit of the Group of Seven major industrial countries, whose priorities will be issues of trade, climate, the Corona pandemic, and an initiative to rebuild infrastructure in the developing world.

After the three-day G7 summit, Biden and his wife, Jill, will visit Britain's Queen Elizabeth at Windsor Castle.

On the sidelines of the summit, Biden is expected to meet German Chancellor Angela Merkel among other G7 leaders.

After that, Biden heads to Brussels for talks with the leaders of NATO and the European Union, and the talks are expected to focus on Russia, China and the issue of increasing the contribution of NATO countries to the costs of mutual defense.

On his last stop in Geneva, Biden is expected to hold a summit with Putin next Wednesday that the world is looking forward to.

US National Security Adviser Jake Sullivan told reporters that Biden hopes his meetings with the Group of Seven and NATO will strengthen a sense of the unity of allies before heading to his meeting with Putin.

It is not expected that the summit will result in major developments, but Sullivan said that Biden will pressure Putin on matters that are a priority for the United States, especially the cyber attacks of which Russia is accused, and the Ukraine file.

"This tour will highlight America's commitment to mobilizing the world's democracies, working together to shape the rules of the road for the 21st century, defend our values, and tackle the world's greatest challenges," the White House said.

The 8-day trip aims to rebuild transatlantic relations, which were strained during the era of former President Donald Trump, and reformulate relations with Russia. The tour also represents a test of the US president's ability to manage and repair relations with key allies who have been disappointed with his tariffs. Trump and his withdrawal from international treaties.

"Will the alliances and democratic institutions that have made up so much of the last century prove capable of confronting the threats and animosities of the modern age?" Biden wrote in an opinion piece in the Washington Post. I think the answer is yes. We have a chance to prove it this week in Europe".