Stay with the people丨I firmly believe that tomorrow will be better 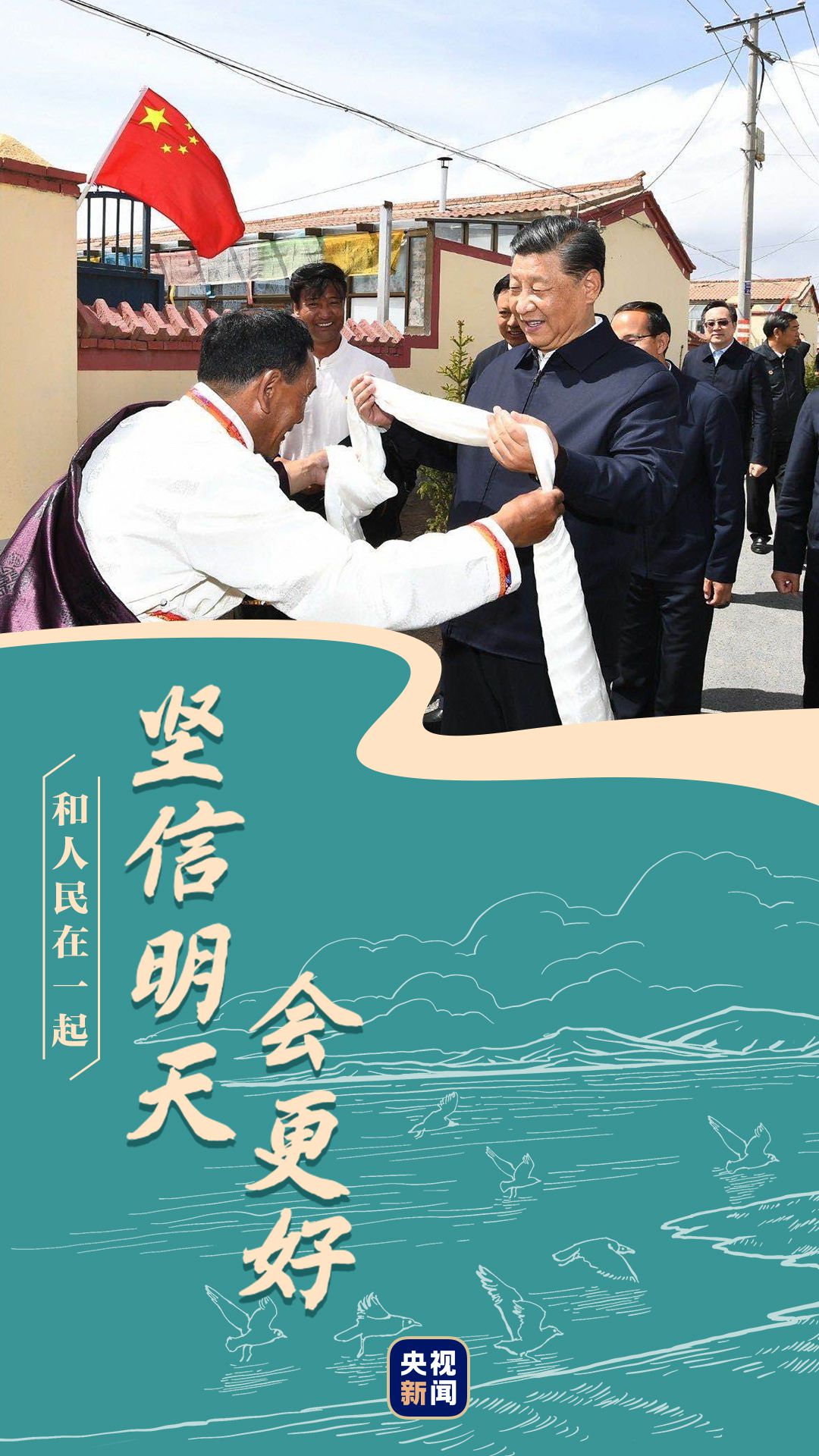 Three months ago, when participating in the deliberation of the Qinghai delegation of the National People's Congress, Xi Jinping emphasized that the ecological and environmental protection has a long way to go, and that green waters and green mountains will always become Qinghai’s advantage and pride, benefiting the people and children.

△By the Qinghai Lake, the blue waves are rippling and the scenery is picturesque.

The ecological status of Qinghai is important and special.

Fairy Bay is a typical wetland in the Qinghai Lake basin. There are abundant types of water systems, tidal flats and aquatic plants in the area, with a vegetation coverage of 95%.

In June last year, the Fairy Bay wetland was temporarily closed to the outside world to renovate the surrounding environment and maintain the ecosystem.

Pause is to move forward better.

Five years ago, when General Secretary Xi Jinping visited Qinghai, he specifically learned about the ecological protection of the "China Water Tower" in the Three River Source Region.

He said earnestly and earnestly: "Practice has proved that restricting or prohibiting development in the Sanjiangyuan area does not hinder development, but is precisely beneficial to development."

From Sanjiangyuan to Qinghai Lake, the measures to "restrict", "prohibit" and "suspend" one by one are intended to take a long-term view and make green water and green mountains become Qinghai's eternal advantage and pride.

The day before, when inspecting the Wenting Alley community in Xining, the general secretary said: "When I visit a place, I always look at the rural and urban communities and see how the people live." After seeing the community, he went to the village again.

The general secretary walked into the house of the herder, Suonan, to visit and sympathize with the Tibetan people.

Suonan Cairang said that a good life for herdsmen depends on the party's policies. He sincerely thanked the party and the general secretary.

Xi Jinping said affectionately, our party has been established for a hundred years, why do people sincerely support the Communist Party of China?

Because our party has always served the people wholeheartedly and worked for the happiness of all nations.

Guoluo Zanggongma Village focuses on resource leasing and asset leasing income dividends, develops large-scale cattle and sheep breeding, and carries out skill training such as electric welding, pastry, and excavator. The whole village was lifted out of poverty in 2017, and the per capita disposable income was last year. More than 10,000 yuan.

Suonan, a Tibetan herder, became the grassland administrator in the village, taking care of more than 400 acres of grassland on a daily basis.

In 2014, Sonan allowed his family to move into a new home of 60 square meters after a centralized resettlement.

In Qinghai, there are still many ethnic minority compatriots who have enjoyed good policies just like Suonan Cairan.

In 2016, General Secretary Xi Jinping came to Changjiangyuan Village, Tanggulashan Town, Golmud City during an inspection in Qinghai, and talked about a happy life with Tibetan compatriots.

In the spacious and bright Tibetan-style living room of the villager Shen Ge's home, Xi Jinping started with them.

Shen Ge told the general secretary that before the ecological migration, they lived in the Sanjiangyuan Nature Reserve, which was 4,700 meters above sea level, lived in tents and sleeping on the ground, and lighted sheep oil lamps.

After the relocation, I lived in a new house built by the state, slept on the bed, and had all the furniture and appliances.

The party’s policy is particularly good, life is already good, and dreams come true ahead of time.

The general secretary said happily: "Your happy life is still long, and I hope you will live a long and healthy life."

From poverty alleviation to rural revitalization, from strengthening ecological protection to promoting high-quality development, the purpose is to make people "live a happy life."

At the entrance of Gongma Village in Guoluo Zang, Xi Jinping told the enthusiastic villagers that the Chinese nation hugged each other like pomegranate seeds, and he must firmly believe that tomorrow will be better.

Struggle for a hundred years and set sail on a new journey.

As the general secretary said, by the century when New China was founded, the Chinese nation will surely be able to stand firmer among the nations of the world.

At that time, a happy country and a modern country will definitely be built.