That is why so many Swedes were arrested in Trojan Shield

Relatively many of those arrested so far in Operation Trojan Shield have a Swedish connection. The fact that Swedish police were involved early on gave them an edge over other countries - and that they were involved early has to do with Swedish gang criminals' use of force, says Linda Staaf, the police chief of intelligence. 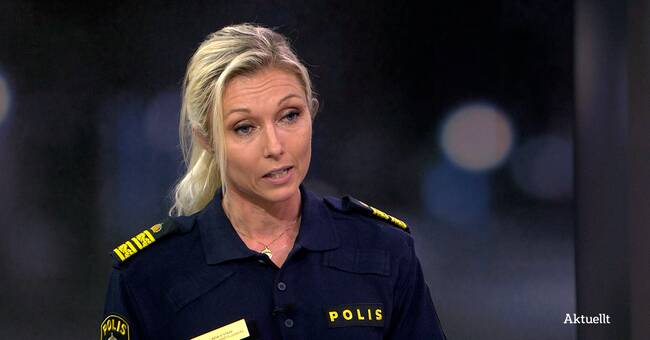 When Europol, together with police authorities in Sweden, the Netherlands, the USA and Australia, presented the results of Operation "Trojan Shield", the Swedish police's results stood out.

1,600 of the 12,000 users of the encrypted chat service Anom, which the police had access to, have a Swedish connection and 155 of the approximately 800 arrested so far are linked to Swedish gang crime.

- Compared with many other countries, Sweden has had an edge in this.

We have been involved in the operation at an earlier stage than other countries, we have been able to build up suspicions and carry out arrests, she says in Tuesday night's Aktuellt.

More of business deals in other countries

The chat service Anom has mainly been a platform for settlements in large-scale drug schemes, weapons and violence planning and for coordinating money laundering.

That Sweden was involved at an early stage has to do with how the settlements between criminals in Sweden look like.

- In other countries it is more about business settlements, in Sweden it has become more violent settlements.

It is a violence that affects not only these actors, it is many people in our society who are affected, we can not have it this way, says Linda Staaf.

Minister of the Interior Mikael Damberg (S) raises the same explanations as Staaf when he answered questions about the effort at a press conference on Wednesday.

- That we have problems with gang crime in Sweden is obvious.

Swedish police have been involved in the inside of this operation and use this information very offensively against gang crime in Sweden, says Damberg.