Extreme differences: The vaccine distribution is so unequal

The vaccination gap between the world's rich and poor countries is large. Now more and more voices are being raised to spread the doses - before the pandemic picks up speed again. - Lack of global vaccination can accelerate mutations, says Pieter-Jan van Eggermont, humanitarian adviser at Médecins Sans Frontières in Sweden. 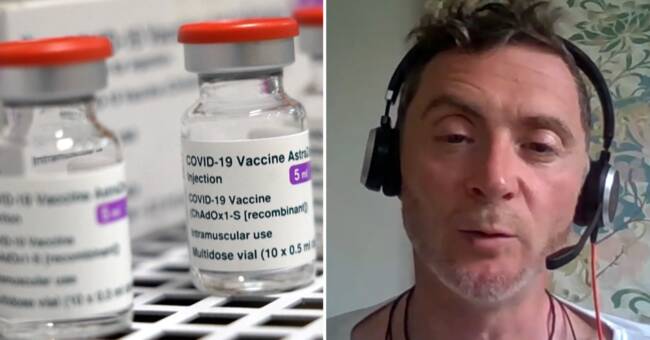 In the western world, a large part of the population has received its first dose, while vaccination coverage is a few percent or just over zero percent in several African countries.

India also has a low coverage - only 3.2 percent have been vaccinated here.

This is despite the fact that the infection has hit the country hard in recent months.

- The distribution is completely out of balance, says Pieter-Jan van Eggermont, humanitarian adviser at Médecins Sans Frontières in Sweden.

Why are the differences in the world so great?

According to van Eggermont, it can have several causes: logistics, vaccine week, export bans and complicated storage come into play.

In addition, the spread of vaccine nationalism is affected - that is, several countries refuse to share their doses.

Inequality can have serious consequences, he says.

- Lack of global vaccination can accelerate mutations, not to mention the enormous economic consequences that the unequal supply may entail.

He believes that Sweden, which ranks 55th in the world with the most vaccinated countries, has not done enough to increase equality.

- What Sweden and the EU should have done a long time ago is to temporarily pause patents for vaccine production, to increase supply in the world.

Unfortunately, Sweden has blocked the proposal, which is very sad.

However, there is still hope for a more equal vaccine distribution.

Bergström: The surpluses will be donated

Sweden recently announced that it is donating three million vaccine doses to COVAX.

According to the national vaccine coordinator Richard Bergström, the rollout can take place already in July.

He believes that it is production technology issues that have stood in the way of an equal distribution, not patents.

- The most important thing is that the surpluses are donated. In the EU and the USA, this amounts to a total of 2 billion doses a year. It is not the case that we should throw away those volumes. They must of course be donated or resold to those who can pay.