Among the lawmakers who suggested that the Democratic Party to leave the party due to suspicions of real estate speculation yesterday, three are suspected of using confidential business information to buy land. 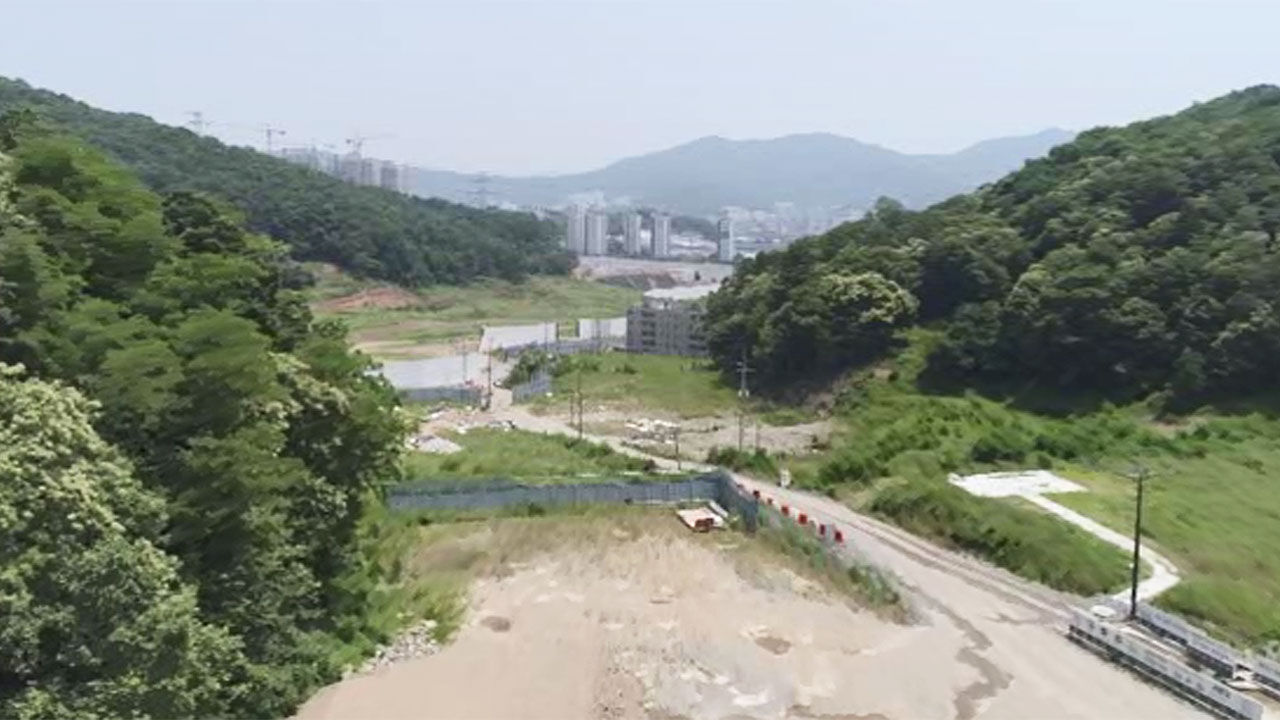 Yesterday (8th), among the lawmakers who recommended leaving the party due to the suspicion of real estate speculation, three lawmakers are suspected of using confidential business information when buying land. Our reporters visited the site to see what kind of land it is.

This is the land around Gosan-ri, Gwangju-si, Gyeonggi-do, which was purchased by four people, including the older sister and cousin of Rep. Lim Jong-seong, and the wife of a Gyeonggi-do lawmaker who was an aide to Lim.

It is a 6,409 m² forest area and is adjacent to Gwangju City's 'Gosan 2 Housing District' with a boundary line.

They purchased the land in November 2018, when Rep. Lim was a member of the National Assembly Land Transport Committee, and a month later, the city of Gwangju announced the 'district unit plan change plan' for the district and collected opinions from residents, until the district confirmation announcement in September the following year I started accelerating development.

At that time, the purchase price was about 300,000 won per 3.3㎡, and he explained that similar land was traded at a price of at least 5 times and at most 10 times the price.

This is the land in Gogang-dong, Bucheon-si, Gyeonggi-do, which Rep

Seo Young-seok bought with an acquaintance.

On one side, there is a two-story weekend farm building, and in front of it is a vegetable garden where vegetables are planted.

It was purchased in August 2015 when Rep. Seo was a member of the Gyeonggi Provincial Government, and it is about 2km away from the Daejang District in Bucheon, which was designated as the 3rd new city in 2019.

If you look at the land alone, the price at that time was around 900,000 won per 3.3㎡, but what about the current market price?

[Nearby real estate agent: That's about that per pyeong. 1.5 million won, 1.7 million won or so. Depends on location, but... There is also some influence from the new town in Daejang-dong.]

Kim Han-jeong, along with his wife and brother-in-law, bought about 1,000 square meters of land in Jinjeop-eup, Namyangju-si, Gyeonggi-do, in July last year.

However, Rep. Kim denied the allegations and refused to leave the party, saying that the new town development plan was announced in December 2018, long before the time of purchase.

Rep. Im Jong-seong and Seo Young-seok said they respect the party's decision while maintaining the explanation that the land was not acquired as a business secret.