Today, the trial in Gävle District Court against the man in his 20s who is accused of raping a child at Sofiedalskolan in Valbo, in Gälve, starts. 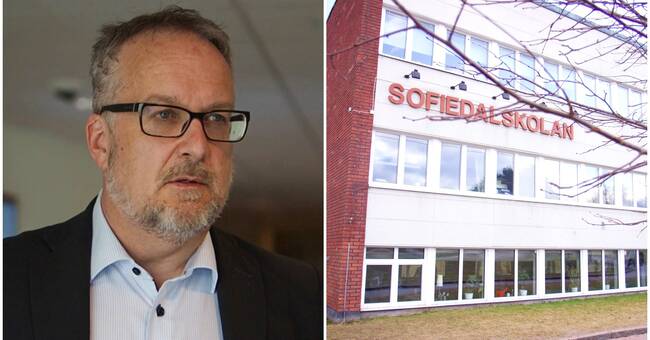 It was in early April that the man, in his 20s, was arrested and detained on suspicion of raping a child, after the police launched an investigation into a serious crime at the school.

The man has since been detained.

According to the indictment, the man must have had a sexual act with a minor which, in view of the severity of the vomiting, is comparable to intercourse.

- When it comes to the sexual act that is alleged, he denies it in all parts, the man's lawyer, Conny Engstrand, tells SVT Gävleborg.

A man in his 20s is accused of raping a child at Sofiedalskolan in Valbo, in Gävle.

Hear the chamber prosecutor Carl-Johan Granlund tell about the indictment.

According to the indictment, the prosecutor has, among other things, oral evidence, photos at the crime scene and a screenshot with a message from the plaintiff's telephone.

The man is also charged with illegally obtaining alcohol, as he is said to have offered the plaintiff alcohol.

He admits that crime.

The man has undergone a forensic psychiatric examination, a so-called section 7 examination and he does not suffer from a serious mental disorder.

On Monday, SVT Gävleborg sought the prosecutor who is not available.

In the video above, you see the man's lawyer, Conny Engstrand, talk about what the man is suspected of.