It examines the information and considers it psychological warfare from Hamas.. Israel responds to what was revealed by "what is hidden greater" about its prisoners

“Psychological war from Hamas” is the unified narrative adopted by Israel, its security institutions and its media to describe what was revealed by the “What is Hidden is Greater” program, which was broadcast by Al Jazeera on Sunday evening regarding its prisoners held by the Palestinian resistance. 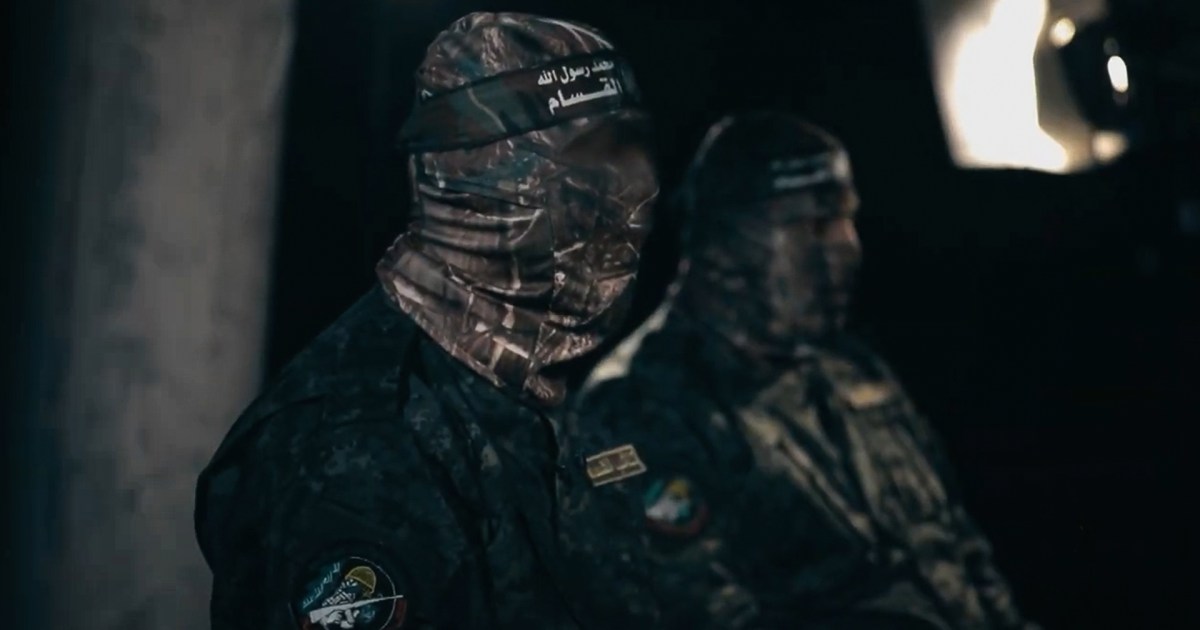 "Psychological war from Hamas", is the unified narrative adopted by Israel, its security institutions and its media to describe what was revealed by the "What is Hidden is Greater" program, which was broadcast by Al-Jazeera on Sunday evening, and what it showed behind the scenes of the capture of soldier Gilad Shalit in 2006, and the progress of the talks to complete a new exchange deal between the factions Palestinian resistance and Israel.

In the context of underestimating the value of the details and information contained in the program through Marwan Issa, Deputy Chief of Staff of the Izz al-Din al-Qassam Brigades, the military wing of the Islamic Resistance Movement (Hamas), the Israeli establishment hastened to refute what was stated in an audio recording of one of the Israeli soldiers captured by the battalions.

And the captured soldier - whose name is hidden in the recording - says that he dies "every day again, and I hope to be soon in the arms of my family."

The Al-Qassam Brigades maintains 4 Israelis, including two soldiers who were captured during the 2014 war, while the other two - who, according to reports, are two demobilized soldiers - entered Gaza under unclear circumstances.

Hamas has not previously disclosed the fate of the four detainees or their health status, but Israel claims that the two soldiers were killed in the war and that the Al-Qassam Brigades keep only their remains.

After the audio recording was published, commentators said that it belonged to the Israeli prisoner of Ethiopian origin, Avraham Mengistu, and the security establishment in Israel was quick to comment by saying, “The defense apparatus is examining an audio recording attributed to an Israeli prisoner of war, broadcast by Al Jazeera, citing Hamas, claiming that it belongs to one of the Israeli citizens detained in Gaza".

"I heard the recording like everyone else, and I can say unequivocally that this is not my son, it is not his voice, I am waiting for my son and I hope to meet him soon," Israeli Channel 12 quoted Mengistu's mother as saying.

The same position was expressed by the Coordinator of the Missing Persons in the Israeli government, Yeron Blum, who began his duties in October 2017, and during these years has been silent and not addressing any statements about the scenes of the negotiations to complete a new exchange deal, however, after the broadcast of the “What is Hidden is Greater” program. He was quick to comment, claiming that "Hamas is in trouble after the recent military operation, and the severe blows it was subjected to."

And the Israeli Walla website quoted Bloom as saying, "After the Operation Fences Guard, Hamas, through the television show, is making an attempt to manipulate and what was shown is just cheap manipulation, Israel is well aware of the plight of its two sons Hadar Goldin and Oron Shaul, so that their memory remains immortal (indicating that Israel is convinced). that they were killed during the war), and the civilians Avraham Mengistu and Hisham al-Sayed, who crossed the border alive. The State of Israel will continue to work with determination and responsibility for the return of the sons of soldiers and civilians.”

Commenting on the information and statements on the “What is Hidden is Greater” program, the editor of Palestinian and Arab affairs in the Israeli Broadcasting Corporation “Kan”, Gal Berger, chose to incite against the State of Qatar and Al Jazeera, as he said through his Twitter account, “If there is a need to More evidence that Qatar is poison, the response came tonight, look how it provides… a platform for Hamas manipulations to destabilize Israeli public opinion.”

"Qatar must be taken out of the equation," Burger added.

Yaron Schneider, an analyst for Arab affairs at Israel's Channel 12, described what was broadcast on the "What is Hidden is Greater" program as "a psychological war waged by Hamas," a position that was also expressed by the Arab affairs analyst at Israel's Channel 13, Yezi Siman Tov, who said On Twitter, "Hamas is waging a psychological war on Palestinian awareness first and on Israeli public opinion second."

He considered that Hamas continues to promote the "accomplishment" of the "Wafa Al-Ahrar" deal that took place in 2011. It is broadcasting messages at this stage as if there is a large exchange deal, and accordingly the audio recording attributed to an Israeli soldier was leaked, he said.

Without going into details, the commentator for Arab affairs on Army Radio, Jackie Houki, said, “New details that may interest Israel have been published, and they are new photos and videos of Gilad Shalit, photos from 10 years and more, and also an audio leak attributed to one of the 4 Israelis held by Hamas.

Houki added, "There is no evidence to prove the authenticity of the audio recording and that it is an Israeli civilian, so the security establishment is examining the audio. I question the credibility of the recording, as Hamas does not give Israel any information for free, even if it wants to influence Israeli public opinion."

The same position was expressed by Yedioth Ahronoth's Palestinian affairs editor, Lior Levy, who said, "For years, Hamas has been searching for a key to create a stir and infiltrate the Israeli public, similar to the days of Shalit, in order to promote a new deal."

He added, "If Hamas had the opportunity to publish an audio recording or a video clip of Avraham Mengistu and Hisham al-Sayed to provoke feelings and create public pressure on the Israeli street, it would have done so a long time ago, which has not happened until now."