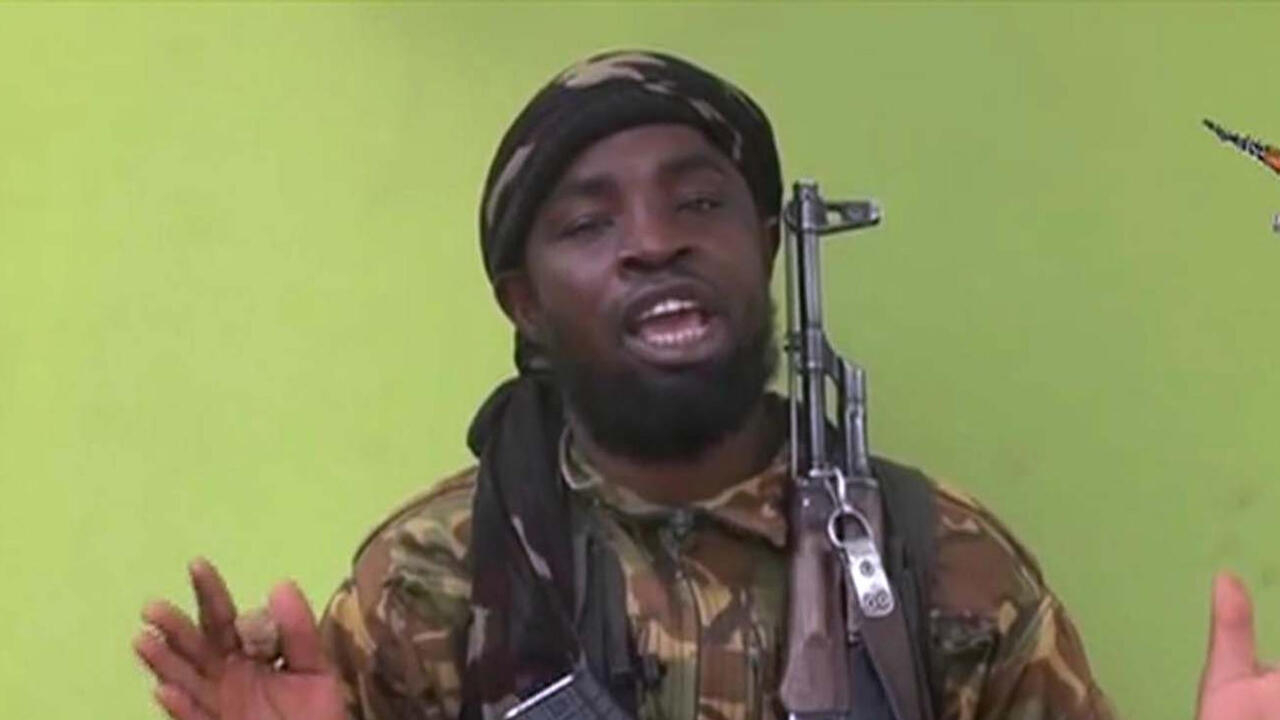 Abubakar Shekau, jihadist leader of Boko Haram in Nigeria, in a video dated May 12, 2014. AP - TEL

More than two weeks after heavy fighting between rival jihadist factions in northeast Nigeria, the Islamic State in West Africa (Iswap) group announced the death of Abubakar Shekau, the historic leader of Boko Haram, in a audio message.

This message confirms in particular that Abubakar Shekau blew up his belt of explosives so as not to have to surrender, while he was besieged by the men of Iswap, in the heart of his bastion.

In other words, the jihadist leader chose to commit suicide by triggering his explosive belt, rather than

falling into the hands of his enemies

They rejoice today at his death, and denounce in their message the "

Its bloodthirsty methods, especially against Muslim civilians, had already precipitated the split of the Boko Haram group in 2016.

Since then, Iswap has extended its area of ​​control from the Lake Chad region by attacking mainly the Nigerian army, while Shekau had taken over the reins of a historic faction of Boko Haram from its lair in Sambisa.

After his death, the Islamic State group clearly appears in a dominant position.

But it will still be necessary to deal with groups still loyal to Abubakar Shekau established in the region.

Some have already launched attacks against jihadists affiliated with the Islamic State in recent days.

After its capture of the Sambisa forest, Iswap sent messages to the populations around Lake Chad, to encourage them to join its "