"We are ready for this": Russia's Permanent Representative to the EU did not rule out the continuation of the struggle against Nord Stream 2

Permanent Representative of Russia to the EU Vladimir Chizhov did not rule out a new round of struggle with the Nord Stream 2 gas pipeline at the start of operation. At the same time, he expressed confidence that the project participants are ready for such a development of events. On June 4, during a speech at the SPIEF plenary session, Vladimir Putin said that the laying of the first string of the gas pipeline had been completed. 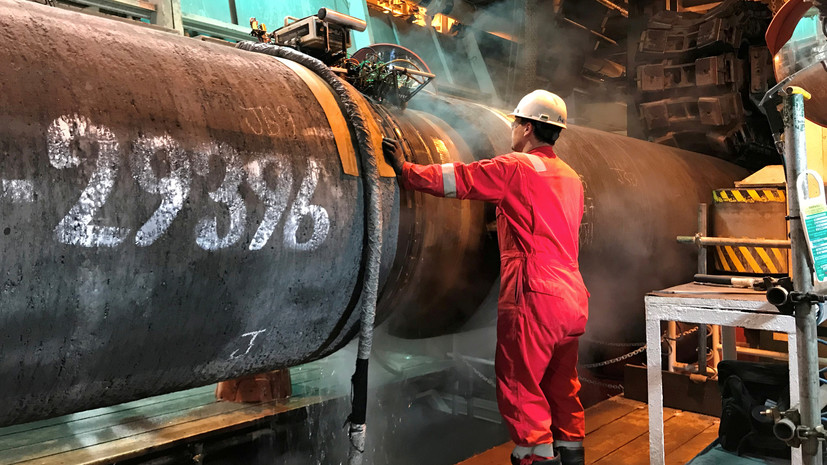 Russia and the operator of Nord Stream 2 are ready for the fact that the gas pipeline may begin to create new problems during its operation, Russian Permanent Representative to the EU Vladimir Chizhov said on the air of the Russia 1 TV channel at the St. Petersburg International Economic Forum.

“I think that both we and the operator company are an international company registered, by the way, in Switzerland - we and they are ready for this,” Chizhov said, answering a question about possible difficulties after the launch of the gas pipeline.

Earlier, he suggested that the project could be hampered during the subsequent certification after the completion of construction.

At the same time, the representative noted that "Nord Stream - 2" "needs Europe no less" than Russia.

“As you know, the participants in this project are not only our Gazprom, but also several large European energy companies.

I'm not even talking about the position of the FRG government, ”RIA Novosti quotes Chizhov.

The pipes run along the bottom of the Baltic Sea through the exclusive economic zones and territorial waters of Russia, Denmark, Finland, Sweden and Germany.

During his speech at the plenary session of the SPIEF, Putin said that the construction of the first string of the gas pipeline had been completed.

According to him, about two months are left until the completion of the highway.

Also on russian.rt.com, Russia's Permanent Representative to the EU commented on the situation around Nord Stream 2

Let us add that the US leadership, which has systematically opposed Nord Stream 2, previously admitted that it is now too late to interfere with the construction of the gas pipeline.

White House chief Joe Biden said at the end of May that the imposition of sanctions against the project "would be counterproductive for US relations with Europe."

He expressed this opinion in the program “Moscow.

“Make an attractive offer, and if you offer Gazprom transit capacities on good terms, it will certainly consider it, do you understand?

You cannot win the competition without joining the fight, ”Seele said on the air of the program.

The Russian leader recalled that Russia has a valid contract for pumping gas through Ukraine.

“Over the next five years, we will pump up to 40 billion cubic meters.

In the best years, it was pumped, in my opinion, almost to two hundred, ”the president noted.

Putin recalled that Russia supplied Europe over 200 billion cubic meters of gas in 2018.

“If there were normal relations, they would pump a significant part through Ukraine,” the head of state added.

"The monopoly possibility of gas transit gives rise to the illusion that it is possible to inflate prices to the skies for this transit, on the one hand, and on the other hand, try to lower the price of gas that is purchased for Ukraine in direct contracts between Russia and Ukraine as low as possible," said the President during the plenary session of the St. Petersburg International Economic Forum (SPIEF).

He recalled that now Ukraine receives $ 1.5 billion from Russia for transit, and could receive $ 3-5 billion.

“We broke everything ourselves with our own hands,” concluded Putin.

At the same time, he said that Russia is ready to load the Ukrainian gas transportation system in the future after the expiration of the transit contract, if an agreement is reached with Kiev.

“Everything is possible, we are ready for this and we want it, but we need goodwill on the part of our Ukrainian partners.

Spend money not in order to maintain the army and aim it at solving the problems of Donbass by force, but in order to raise the economy, work with people, do you understand? "

At the same time, the president said that the route along the bottom of the Baltic Sea from Russia to Germany is shorter than through European countries, while being cheaper.

Commenting on the position of the head of OMV, the State Duma noted that Austrian business "has always been distinguished by common sense."

This opinion was expressed by Vladimir Gutenev, Deputy Chairman of the State Duma Committee on Economic Policy, Industry, Innovative Development and Entrepreneurship.

"Ukraine demonstrated a destructive policy: on the one hand, it did not invest in modernizing the existing infrastructure, on the other hand, it positioned itself in every possible way as an unfriendly country that pursues an unpredictable policy," he said in an interview with RT.

Meanwhile, experts also agree with the point of view of the head of OMV that Kiev should have proposed specific options that were interesting to Moscow.

In an interview with RT, Stanislav Mitrakhovich, an expert of the National Energy Security Fund, a lecturer at the Financial University under the Russian government, recalled that Ukraine should have invested in modernizing its gas transportation system, but this decision was constantly postponed.

“Does Ukraine have a chance to offer Russia anything else? I think theoretically yes, there are chances. Adequate economic proposals from Russia would be quite appropriate from Ukraine. But for this it is necessary to stop confrontational rhetoric, to improve relations with Russia, at least economic ones, "the interlocutor of RT explained.