Since the 18th National Congress of the Communist Party of China, the Party Central Committee with Comrade Xi Jinping at its core has placed ecological civilization construction in a prominent position in the overall work. The ecological civilization construction has undergone historic, turning, and overall changes from realizing that practice has undergone historical, turning, and overall chang 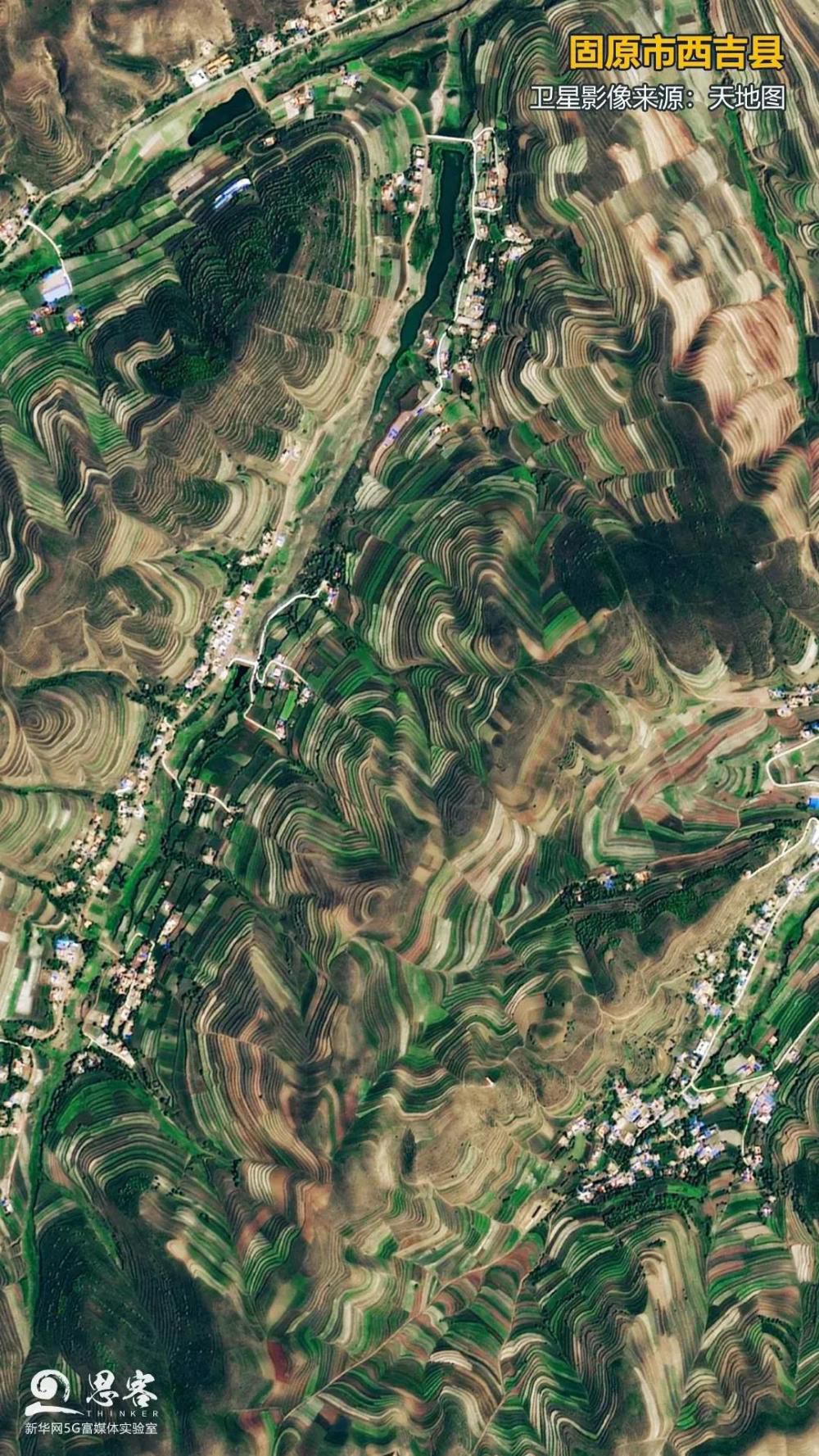 Since the 18th National Congress of the Communist Party of China, the Party Central Committee with Comrade Xi Jinping at its core has placed ecological civilization construction in a prominent position in the overall work. The ecological civilization construction has undergone historic, turning, and overall changes from realizing that practice has undergone historical, turning, and overall changes to the world. Handed over a remarkable "green answer sheet".

Part of Xiji County from the satellite perspective.

The green miracle of "surprising the world"

Forest, known as the "lung of the earth", is an important part of the terrestrial ecosystem. It plays an extremely important role in conserving water sources, regulating climate, maintaining water and soil, and maintaining biodiversity.

From the vast northeast to the southwest highlands, from the northwest wilderness to the southeast coast, a touch of green spreads across the land of China.

The "Green Great Wall" continues to extend, creating a green miracle of "surprising the world".

The Saihanba Mechanical Forest Farm from the satellite perspective, with neat rows of mechanical forests distributed among them.

The blue waves are clear and nourish the earth.

As my country's largest inland river, the Tarim River has been dry for nearly 30 years since the 1970s, and the Green Corridor is on the verge of disappearing.

Ecological water has been transported for many times, and more than 7.7 billion cubic meters of gurgling water has been injected into the lower reaches, giving this "mother river" of people of all ethnic groups in Xinjiang come back to life.

From dry-flow to re-flow, and then to the substantial improvement of the ecological environment, the transformation of the Tarim River is a vivid interpretation of the concept of ecological civilization.

A satellite-photographed comparison of the Tarim River between 2000 and 2019.

The water quality of key river basins such as the Yangtze and Yellow Rivers has also improved significantly.

As the protection and restoration of the Yangtze River continues to make new progress, the rectification of outstanding ecological problems has achieved remarkable results. As one of the "double kidneys" of the Yangtze River, the water quality of Poyang Lake has improved significantly.

The picture shows the comparison of the concentration of chlorophyll a in the waters of Poyang Lake in 2016 and 2020.

From the satellite remote sensing analysis, it can be clearly seen that in 2020, chlorophyll a, which represents the stock of algae, in Poyang Lake has decreased compared with 2016, and the eutrophication of the water body in the lake area has been significantly reduced, achieving a lake with clear water into the river, and a river with clear water rushing .

The air is clear and the sky turns blue

Petroleum, coal and other fossil energy sources once accounted for as high as 93.8% of China's energy structure. The pollutants emitted by them have become another major culprit affecting air quality.

In recent years, China has launched a high-speed train to defend the blue sky and control air pollution. The construction of clean energy such as wind power and biological power generation has made the air clear and the sky blue.

Located on the outskirts of Datong, Shanxi, the "Panda Photovoltaic Power Station" is the world's first photovoltaic power station in the shape of a panda. From the air, two cute panda babies look cute on the ground, which is particularly eye-catching.

The picture shows the "Panda Photovoltaic Power Station" in the suburbs of Datong City taken by satellite.

Datong Panda Power Station has a total installed capacity of 100MW, which can provide 3.2 billion kWh of green power in 25 years, which is equivalent to saving 1.056 million tons of coal and reducing 2.74 million tons of carbon dioxide emissions.

The 12,000 multi-faceted heliostats in the power station surround the 260-meter-high heat absorption tower in concentric circles. The total reflection area of ​​the mirror field is more than 1.4 million square meters. The designed annual power generation capacity is 390 million kWh, which can reduce emissions every year. 350,000 tons of carbon dioxide.

The picture shows the Optoelectronic Industry Park in Dunhuang City.

According to monitoring, the average number of good days in 337 prefecture-level and above cities across the country is 87.0%, an increase of 5.0% year-on-year. The air quality is getting better and better, and there are more and more blue sky and white clouds.

Witnessed by satellites, China’s forest coverage, water quality, and air environment have been significantly improved and improved. China has become an important participant, contributor, and leader in the construction of global ecological civilization. "Green Answer Sheet".