D1: after the loss of the title, Lyon already turned towards the reconquest - France 24

D1: after the loss of the title, Lyon already turned towards the reconquest Décines-Charpieu (France) (AFP) It would have taken a miracle: despite his victory over FC Fleury (8-0), Friday, Lyon, after fourteen consecutive French champion titles, gave up his crown in Paris Saint-Germain, victorious on his side and in the same Dijon time (3-0). OL's goals were scored by Amel Majri (15th), Melvine Malard (26th), Nikita Parris (32nd, 54th), Wendie Renard (65th), Eugénie Le 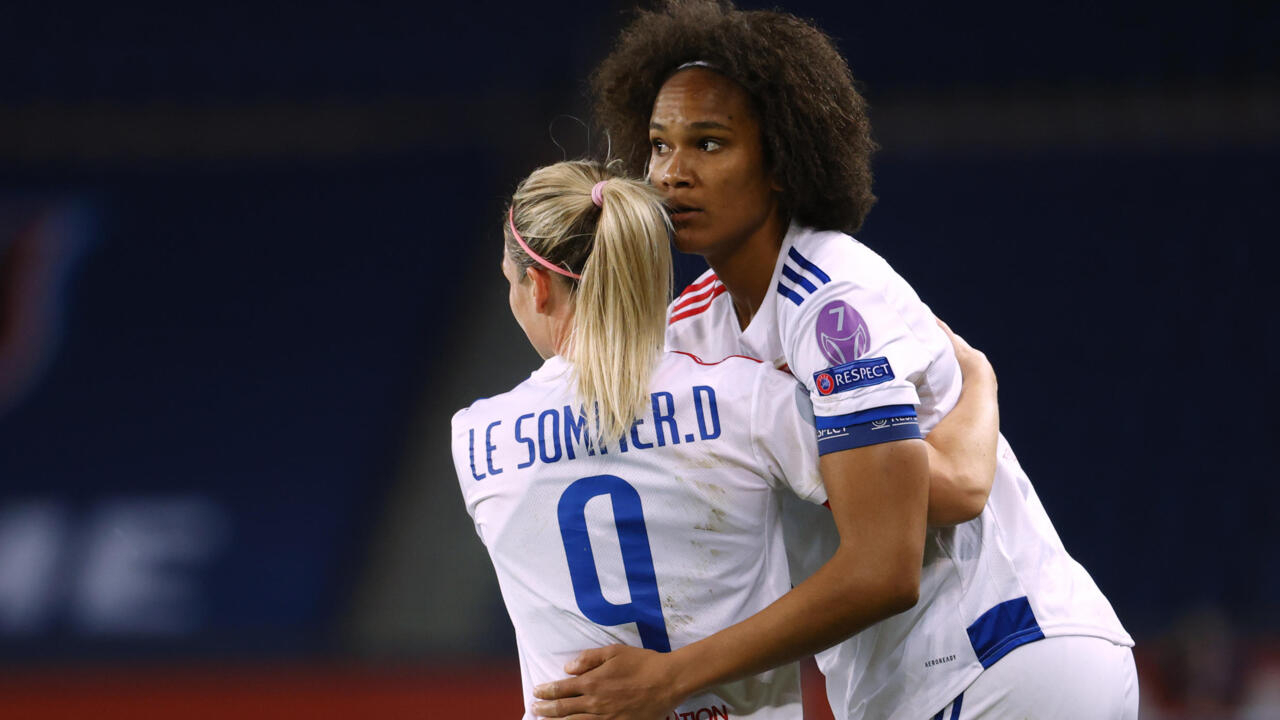 It would have taken a miracle: despite his victory over FC Fleury (8-0), Friday, Lyon, after fourteen consecutive French champion titles, gave up his crown in Paris Saint-Germain, victorious on his side and in the same Dijon time (3-0).

This success in the form of a last stand for the Lyonnaises, 2nd in the standings one length from PSG and who finished a white season, was the occasion of a last appearance for the goalkeeper Sarah Bouhaddi (33 years old) but also the striker Eugénie Le Sommer (31 years old) and the German Dzsenifer Marozsan (29 years old), both substitutes and entered in the second half, who have had their time in Lyon.

These last three will be loaned to OL Reign, the American club controlled by Olympique Lyonnais.

Captain against Fleury, the Japanese Saki Kumagaï (30) was recruited by Bayern Munich.

These departures mark the end of the cycle for OL who will try to regain their title next season with a renewed squad.

Goalkeeper Christiane Endler is expected to succeed Bouhaddi as is left-back Perle Morroni, who had yet signed a pre-contract with Bayern with whom the Rhone club is discussing, and Danish striker Signe Bruun, all from PSG .

But Olympique Lyonnais will also count on returns from injuries to be considered as recruits.

French international central defender Griedge Mbock will resume competition after a one-year absence for a ruptured left Achilles tendon, as will Spanish midfielder Damaris Egurrola, recruited in January, also injured in a knee in April.

Finally, Lyon hope to find their Norwegian striker Ada Hegerberg, unavailable for a year and a half, injured a knee but also the victim of a stress fracture in a misdiagnosed tibia.

But after such a long absence, it will take him several months before regaining the fullness of his means.

To breathe new life into a losing team, the new coach, Sonia Bompastor (40), former director of the training center, who succeeded Jean-Luc Vasseur in April, will also rely, in addition to recruiting, on the strengths of the Academy such as striker Melvine Malard.

But players will also have to establish themselves as leaders around Wendie Renard and Amandine Henry, such as the American Catarina Macario, recruited in January, and Egurrola or Delphine Cascarino on condition that her game evolves, as well as the summer recruits.

But if taking back the title of champion of France seems very conceivable from next season, the reconquest of the Champions League will probably be more difficult with the competition born from the progress of the English clubs, supported by important TV rights, or Spanish, while Germany remains a safe bet and that Italy, with Juventus Turin, also intends to join in the fight.