Bidding on housing is increasing at a slower pace

The supply of housing has been extreme during the year with a record number of reports of cover prices. But now the curve seems to flatten out. New figures from Hemnet show that the gap between the starting price and the final price over the past two months has been almost still. At the same time, holiday homes have for the first time become the form of housing where prices pull away the most. 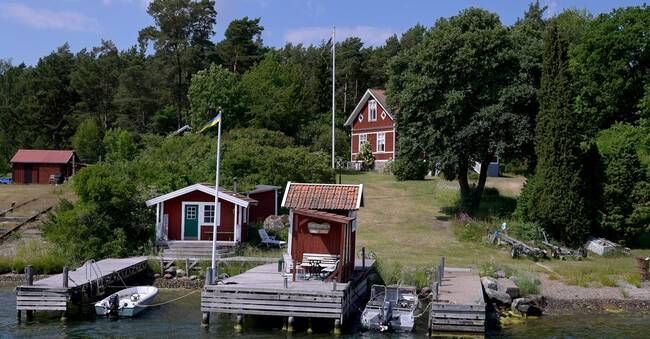 A year ago, experts believed in sharply falling house prices.

But they were wrong.

During the past year, the market has instead had an unprecedented price development in Sweden.

The annual increase for villas has been close to 20 percent.

And for both larger condominiums and holiday homes, the rise has been marked where bidding wars have been more the rule than the exception, which has resulted in a record number of reports of cover prices.

But now the message seems to be flattening out.

Figures from Hemnet show that the so-called bid premium, the difference between the starting price and the final price used as a measure of demand in relation to supply, does not increase at the same rate as earlier in the year.

During both April and May, it was relatively unchanged at about eight and eleven percent in the country for condominiums and villas.

In Stockholm County, even the bid premium decreased by one percentage point for villas and increased very little for condominiums.

The same development can also be seen in Gothenburg and Malmö.

- It has slowed down a bit during the last month.

But it is still an upswing that has been going on quite sharply in 2021, says Erik Holmberg, analyst at Hemnet.

Holiday home at the top

Most of this can be explained by the pandemic effect, where factors such as homework, travel restrictions and increased savings have provided fuel for the market.

It has also resulted in a reversal in demand where holiday homes now for the first time have a higher bid premium than both villas and condominiums.

- What we have seen with the pandemic in the last year is that it has been completely reversed.

The highest increase now is for holiday homes, they go up most from the starting price to the final price, says Erik Holmberg.

"Is not about a relocation"

But it is not about an escape from the big cities, according to Erik Holmberg.

Although interest in living outside the city centers has risen during the year, price increases have continued to be large for apartments in the central parts, and then mainly for larger homes.

- We continue to see that apartments in the central parts are doing very well in terms of price, so it is not a matter of moving out as such. The price development there is also favorable and has been positive during the pandemic year.