Summer is the best period for vaccination against coronavirus infection, said the head of the Ministry of Health Mikhail Murashko. According to him, now the incidence has decreased, and in the fall another vaccination should be given - against the flu. Meanwhile, WHO has called on states to vaccinate at least 30% of their populations by the end of the year. In turn, the RDIF reported that from July Russia may open up for "vaccine tourism". 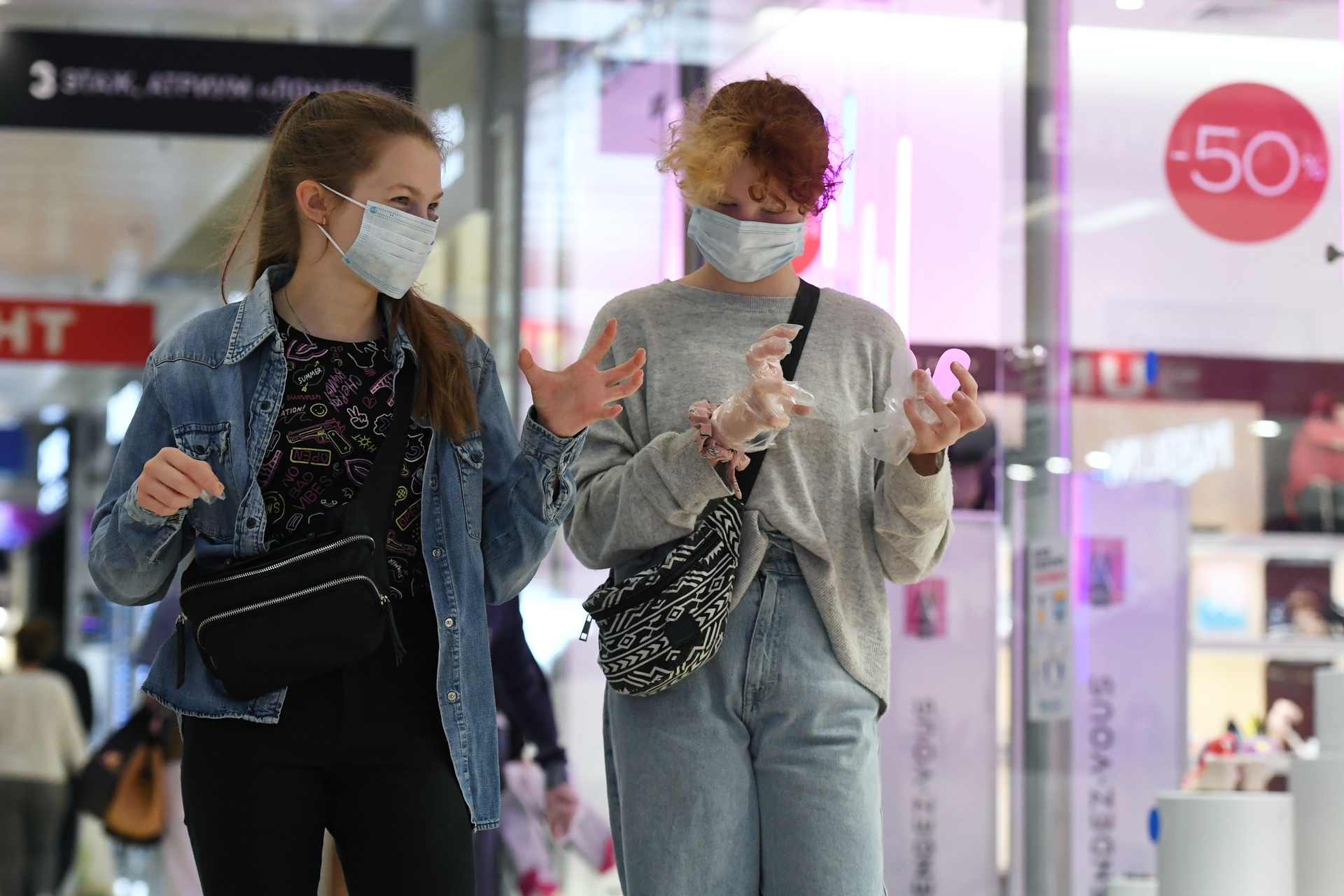 Firstly, the incidence has decreased, and secondly, in the fall we must approach influenza vaccination.

A wise and reasonable person now has to make a decision for himself - now, in the summer, get vaccinated against the coronavirus, in the fall you can get a flu vaccine, ”he said.

At the same time, in the near future, studies will begin on the possible use of vaccines against coronavirus infection among children over 12 years old.

“Now we are considering a permit for a number of vaccines from the age of 12.

Using Russian vaccines, we have developed a clinical research protocol for safety and efficacy, I think that in the near future we will start testing, ”said the head of the Ministry of Health.

Speaking about the epidemiological situation in Russia, Mikhail Murashko pointed to the turning point in the situation with COVID-19: "We are moving on a good, correct course, but the speed of movement depends on each of us."

Meanwhile, the World Health Organization has called on the world's states to vaccinate at least 30% of their population against coronavirus infection by the end of the year.

This was stated by Director General of the World Health Organization Tedros Adhanom Ghebreyesus at the expert session "Fighting Infections: Risks of the Future" of the St. Petersburg International Economic Forum.

“Lack of vaccination is a threat to all countries ... I urge all countries to support the global vaccination efforts and vaccinate at least 10% of the population of each state by September and at least 30% by the end of the year.

Doctors and representatives of risk groups should be vaccinated as a priority, ”RIA Novosti quoted him as saying.

During the same panel, Kirill Dmitriev, CEO of the Russian Direct Investment Fund, expressed the opinion that from next month the country "may open up for vaccine tourism."

He noted that many citizens of foreign countries, including Europe, are showing interest in traveling to Russia precisely for the purpose of being vaccinated against COVID-19.

Recall that four vaccines have been registered in Russia: Sputnik V, EpiVacCorona, KoviVak and Sputnik Light.

In addition, in an interview with RBC, Kirill Dmitriev said that an information campaign was underway regarding the Sputnik V coronavirus vaccine, the customers of which were representatives of “big pharma” companies and anti-Russian political circles.

“We see attacks on Sputnik V primarily in the Anglo-Saxon press - this is a kind of octopus combining the interests of a number of“ big pharma ”companies and a number of political players who are opposed to Russia.

This campaign is aimed at reducing the rate of vaccination in Russia, aimed at generating doubts about the Russian vaccine, ”he said.

According to him, the targeted campaign to discredit Sputnik V began with absurd accusations of stealing technology even before the drug was registered.

In addition, on the sidelines of the St. Petersburg International Economic Forum, Dmitriev expressed the hope that experts from the European Medicines Agency (EMA) and the World Health Organization will not politicize the process of registering a domestic vaccine, RIA Novosti reported.

“We absolutely do not need the approval of either the WHO or the EMA, because Sputnik V is already registered in 66 countries, therefore, we are one of the most popular vaccines in the world.

But by the fact that we go through the process of both the EMA and the WHO, we show absolute openness, - he said.

"They have no criticism about what is happening yet, and we hope that the process will remain in the technical plane and will not be politicized."

According to him, RDIF expects to receive a response from WHO on the approval of the vaccine "within a couple of months."

As for the approval in the EU, the procedure for the sequential examination of the registration dossier of the Russian vaccine was launched by the Committee for Medicines for Medical Use of the European Medicines Agency (EMA) back on March 4.

Health Minister Mikhail Murashko also noted that the Russian side had not received serious comments from WHO and EMA regarding Sputnik V.

“Everything is going according to plan.

Then they have to prepare a report, complete some recommendations for the completion of certain (questions. -

So far, we have not received any critical questions, I think that all work is going according to plan, we are waiting for the results, "TASS quotes him.

In addition, Kirill Dmitriev pointed out that during the St. Petersburg International Economic Forum "a couple of vaccine production launches in the world will be shown."

We add that on the evening of June 4, Russian President Vladimir Putin will hold a meeting on the sidelines of the forum with the participation of representatives of about 30 biopharmaceutical companies from around the world, which have either already launched production of Sputnik V or are planning to launch a Russian vaccine.

“We are producing the vaccine in Iran, Vietnam recently announced that it would like to produce it.

All countries understand that at the moment Russia is actually the only player that offers a truly partnership in the production of vaccines, ”the head of the RDIF emphasized.

Over the past day, 8,947 new cases of coronavirus were detected in Russia, 8,530 people recovered, 377 died from complications caused by COVID-19 and concomitant diseases.

According to Rospotrebnadzor, over 139.5 million tests for the presence of SARS-CoV-2 coronavirus have been carried out in the Russian Federation, 530 thousand people remain under medical supervision.

Russia in the coming days may resume flights with Egypt.

Mikhail Poluboyarinov, General Director of Aeroflot, said this on the Russia 24 TV channel: “It is quite difficult to replace the Turkish market.

Egypt - we expect to open in the coming days, and, perhaps, it will be possible to compensate a little. "

The press secretary of the President of Russia Dmitry Peskov reported that domestic experts inspected the situation in the resorts of Egypt to assess the possibility of resuming flights.

As for Turkey, by the decision of the federal headquarters to combat COVID-19, flights to this republic are banned until June 21 inclusive.

At the same time, earlier the Turkish authorities simplified the rules of entry for tourists from the Russian Federation - now it will be possible to provide a certificate of vaccination against coronavirus infection.

Along with this, the head of the Ministry of Health Mikhail Murashko indicated that a number of countries of the world, including Hungary, have turned to Russia with a proposal to mutually recognize vaccination certificates.

“On the whole, we support recognition, we are ready to consider it with Hungary,” TASS quotes him.

At the same time, Hungarian Foreign Minister Peter Siyarto in an interview with the Izvestia newspaper said that he was communicating on this topic with members of the Russian Cabinet, expressing the hope that the procedure for mutual recognition of certificates would be completed in the near future.

“As soon as we can agree on the recognition of these certificates, we will immediately allow Russian tourists who have already been vaccinated to freely enter Hungary without any quarantine or testing obligations,” he said.