Riding in a driverless Tesla? Already child's play on Youtube and Tiktok - France 24

Riding in a driverless Tesla? Already child's play on Youtube and Tiktok 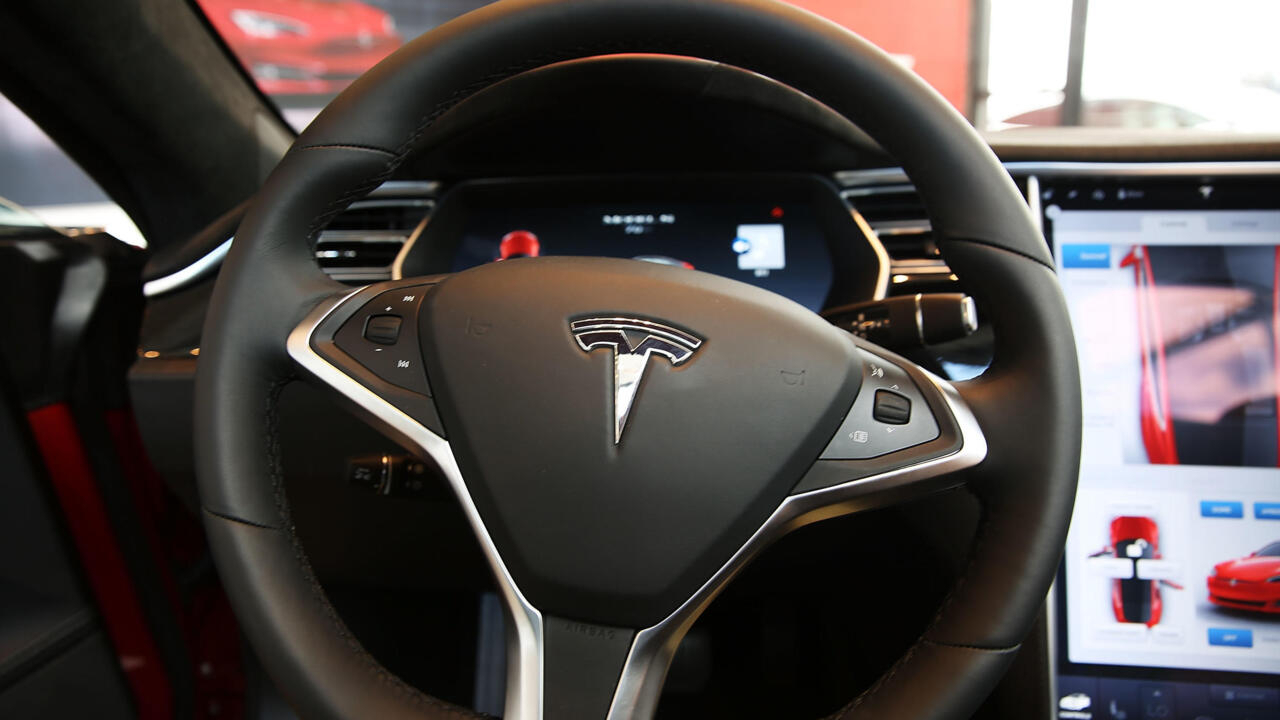 Three tipsy men, beer cans in hand in a Tesla launched at 100 kilometers per hour on the highway, singing a Justin Bieber chorus at the top of their lungs.

In the driver's seat, no one.

Shared on the TikTok social network in September 2020, the video titled "Tesla was the evening captain" has been shared more than 100,000 times and "liked" by nearly two million Internet users.

Many videos of the same type, viewed by AFP, are visible on social networks and show how easy it is to drive a Tesla equipped with a driver assistance system, without even having to use it. sit behind the wheel.

The practice is however illegal and strongly discouraged by the car manufacturer, which recalls on its website that "the complete attention of the motorist and hands on the wheel" are required at all times.

To prevent abuse, the manufacturer has imposed safeguards on its driver assistance technologies Autopilot (which can adapt speed to highway traffic) and Full Self Driving (park the car, change lanes, stop at lights).

Other options are still in trial version (FSD beta).

The Tesla alerts the motorist, for example, and stops if the seat belt is no longer fastened or if the driver's hands are not sufficiently on the steering wheel.

However, social networks are teeming with videos detailing the ways to "trick" the hyper-technological vehicle when the assistant is activated.

The consumer protection association Consumer Report recently showed that it is possible to run a Tesla on its own through simple subterfuge.

"Idiots will always remain idiots who seek to cheat the system," protested "Dirty Tesla", president of the Tesla Owners Club of Michigan, in a video on his YouTube account with 55,000 subscribers.

According to him, "It's not Tesla's fault. The company may come up with innovations but they will always seek to hijack them."

Despite his frequent reminders to the rules, the builder himself is caught in his double talk.

During a conference in January, his boss, Elon Musk said that full autonomy would become "evident (...) within the year".

In 2015, the billionaire said that a fully autonomous vehicle would be available within two years.

"Some manufacturers are more careful than others about the way they advertise," said Andrew Kun, a professor at the University of New Hampshire, who works on the interactions between humans and technology in the autonomous vehicle.

"The problem is overconfidence, thinking that the system can do more than its capabilities. It's boring when you nickname Autopilot something that is not at all," he continues. .

Especially since these entertaining videos appear out of time when several fatal accidents have involved a Tesla, without it being possible to exclude a responsibility of the driving assistant.

On April 17, a Tesla crashed into a tree on the outskirts of Houston, Texas, killing both occupants of the vehicle.

In a preliminary report, the National Transportation and Safety Board (NTSB) did not make it clear whether or not there was anyone behind the wheel at the time of the collision.

After the death on May 5 of a man near Los Angeles, the police could not say if the Autopilot was engaged in the vehicle of the thirty-something who was enthusiastic, in what the American press identified as his Instagram account, the comfort of driving without hands thanks to Autopilot.

Despite billions of dollars in research and development over the years, there is no autonomous vehicle to date, Tesla operating in category 2 on the range of autonomy set by the professional organization Society of Automotive Engineers, far from the fifth step synonymous with complete autonomy.

In addition, California regulations prohibit advertising the range of a vehicle if it is not, and the Department of Motor Vehicles (DMV) told AFP that it "examines" currently the case of Tesla.