The fiercest since 3 weeks ... the Houthis launch simultaneous attacks on Yemeni army sites west of Marib, and the coalition intensifies its raids.

Yemeni military sources said that the battles are the fiercest since 3 weeks in the fighting fronts in western Marib governorate yesterday, Friday, between the Yemeni army and the Houthis, in light of an international diplomatic movement to resolve the conflict in Yemen. 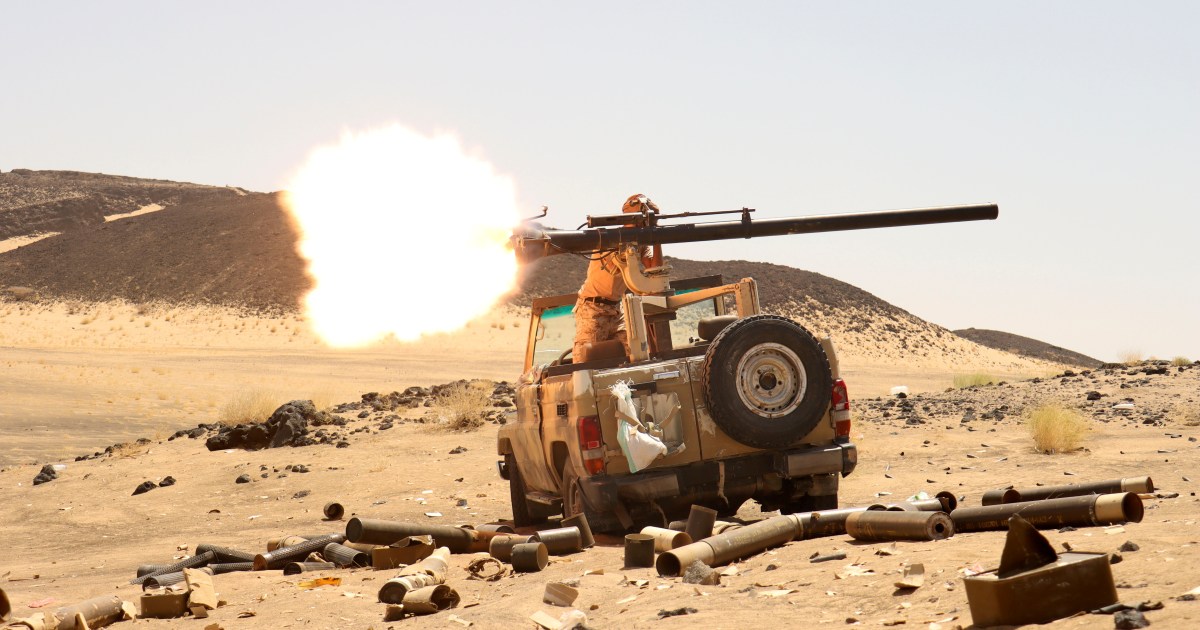 Yemeni military sources said that the battles are the fiercest since 3 weeks in the fighting fronts in western Marib governorate yesterday, Friday, between the Yemeni army and the Houthis, in light of an international diplomatic movement to resolve the conflict in Yemen.

The sources reported that the Houthis launched simultaneous attacks on Yemeni army positions in the Serwah district, and that the army responded to these attacks, amid reports of deaths and injuries on both sides.

On the other hand, the Saudi-Emirati coalition in Yemen announced, at dawn on Saturday, the destruction of an explosive drone launched by the Houthis towards southern Saudi Arabia, in the second attack within 24 hours.

A statement reported by the official Saudi Press Agency stated that a drone (booby trapped) was intercepted and destroyed by the Houthi militia towards the city of Khamis Mushait (south of the Kingdom).

Yesterday, Friday, the coalition announced, in a statement, the destruction of an explosive drone launched by the Houthis towards the southern region of Saudi Arabia.

And recently, the Houthis intensified the launch of ballistic missiles, missiles and drones at Saudi areas, in return for repeated declarations by the coalition to destroy them, and accusing the group of being supported by these weapons from Iran.

The Houthi group says that these attacks represent a response to the ongoing coalition raids against it in separate areas of Yemen.

About 7 years ago, Yemen has been witnessing a war that killed 233,000 people, and 80% of the population - about 30 million people - have become dependent on aid, in the worst humanitarian crisis in the world, according to the United Nations.

In light of the international diplomatic move that Muscat witnessed in recent days, Farhan Haq, Deputy Spokesman for the Secretary-General of the United Nations, said that the UN envoy to Yemen, Martin Griffiths, still believes that the Yemeni parties can seize the opportunity to solve the conflict.

Haq added that the UN envoy discussed during his visit to the Omani capital Muscat a UN plan in this regard.

Griffiths had met the chief negotiator of the Houthis, Muhammad Abdul Salam, also met senior Omani officials, and discussed the United Nations plan to open Sanaa airport and lift the restrictions imposed on the port of Hodeidah to enhance the freedom of movement of people and goods to and from Yemen, achieve a nationwide ceasefire, and push the parties to restart the operation Political conflict to end.

For his part, Omani Foreign Minister Badr Al-Busaidi expressed - in a tweet on Twitter - his hope for a regular flow of humanitarian aid to Yemen and a permanent ceasefire, stressing that this may be the gateway to a political solution in Yemen through dialogue and negotiations.

Meanwhile, on Friday, for the second day in a row, hundreds of Yemenis organized a protest in Taiz Governorate (south) to denounce the deterioration of services and the high prices.

According to the Anadolu Agency correspondent, hundreds of Yemenis performed Friday prayers in front of the local authority headquarters in the city of Taiz, in response to a call launched by activists on social media platforms.

The protesters chanted slogans denouncing corruption within state institutions, demanding the correction of administrative imbalances in them and the provision of services.