The Popular Mobilization Authority in Iraq announced the end of the arrest crisis of Qasim Musleh (one of the leaders of the crowd) on the same day he was arrested, considering that "strife has come to an end," this comes after an armed deployment of the mobilization fighters in the Green Zone in central Baghdad. 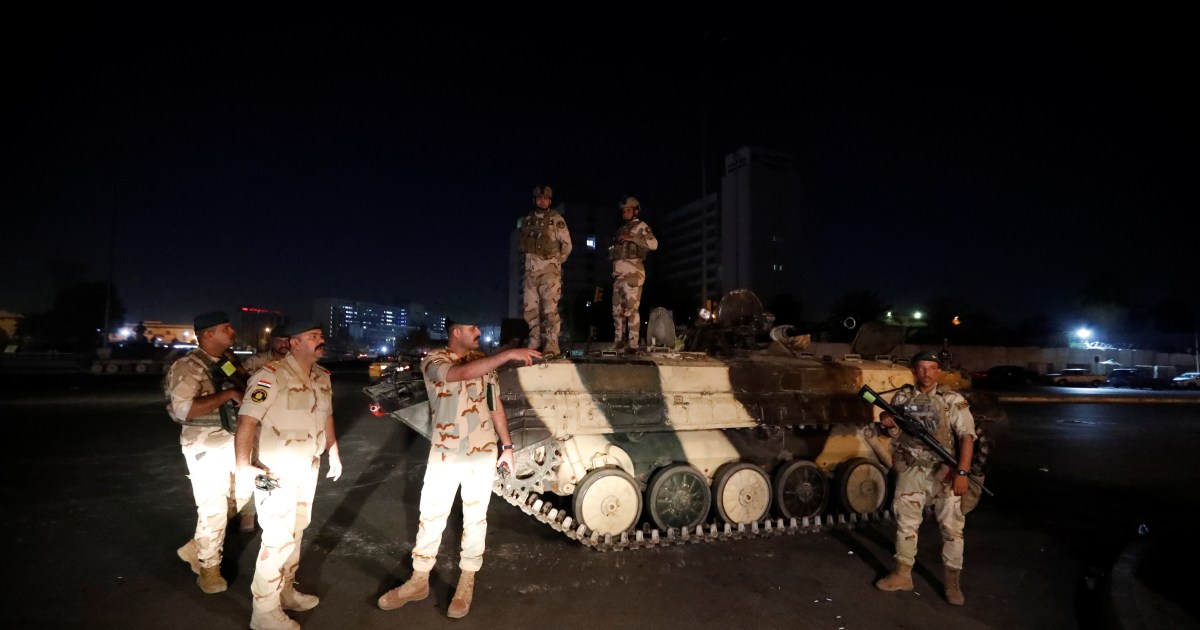 The Popular Mobilization Authority in Iraq announced the end of the arrest crisis of Qasim Musleh (one of the leaders of the crowd) on the same day he was arrested, considering that "strife has ended." This comes after an armed deployment of the mobilization fighters in the Green Zone in central Baghdad, followed by another deployment of the Iraqi army forces in the vicinity Region.

The director of the Popular Mobilization Authority, Muhannad al-Uqabi, said, "The matter is over, and the strife has ended," referring to the settlement of the Musleh case.

Accounts close to the crowd published photos of a meeting that included the head of the Al-Fateh Alliance, Hadi al-Amiri, the head of the Hashd’s commission, Faleh al-Fayyad, and the chief of staff of the crowd, Abu Fadak al-Muhammadawi, indicating that the meeting ended the case of Musleh by handing him over to the crowd security.

He added, "No member of the defense, interior, anti-terrorism apparatus and the popular crowd is entitled to be arrested except by the party to which the affiliate belongs."

And Qasim Musleh was the commander of the Tafuf Brigade of the Hussaini shrine (the religious reference in Najaf), and in 2017 he assumed the position of commander of the Popular Mobilization Operations in Anbar (west of the country).

Earlier, the Security Media Cell (affiliated with the Ministry of Defense) announced that Musleh had been arrested "on charges of terrorism," noting that a joint committee was investigating him.

Yesterday, Wednesday, the Popular Mobilization Forces surrounded the house of Prime Minister Mustafa Al-Kazemi and other sites in the Green Zone in the center of the capital, Baghdad, where there are the homes of officials and the headquarters of government institutions and foreign diplomatic missions, against the background of the arrest of a reformer, according to a military source.

Witnesses said that Iraqi forces deployed tanks and armored vehicles in some streets of Baghdad, and large military reinforcements were seen in the vicinity of the Green Zone, noting that this measure came after the withdrawal of the Popular Mobilization Forces from the area.

Prime Minister @MAKadhimi: The actions of armed groups in Baghdad today are a serious violation, not only of law and order, but of the Iraqi constitution.

Commenting on the deployment of forces from the crowd in the Green Zone, Al-Kazemi said after a security meeting yesterday evening that "the movements carried out by armed groups in Baghdad on Wednesday are a serious violation, not only of law and order, but of the Iraqi constitution," according to a statement.

He added that, "a competent Iraqi security force, by order of the Commander-in-Chief of the Armed Forces, executed a judicial arrest warrant against one of the accused this morning in accordance with Article 4 of the Iraqi Terrorism Law based on complaints against him."

He pointed out that "an investigation committee was formed consisting of the Joint Operations Command, Interior Intelligence, Military Intelligence, National Security, and Popular Mobilization Security to investigate the accusations against him."

The Popular Mobilization Forces is an institution affiliated with the Iraqi Armed Forces, and is directly linked to the Prime Minister.