Trial against suspects for the shooting down of the aircraft MH17

Four people are suspected of having participated in the shooting down of Malaysia Airlines Flight 17 with a Russian robot system. They are charged with murder, according to investigators. The trial is set to begin in the Netherlands on March 9, 2020, according to Reuters. Investigators are also demanding that people in Russia be extradited. 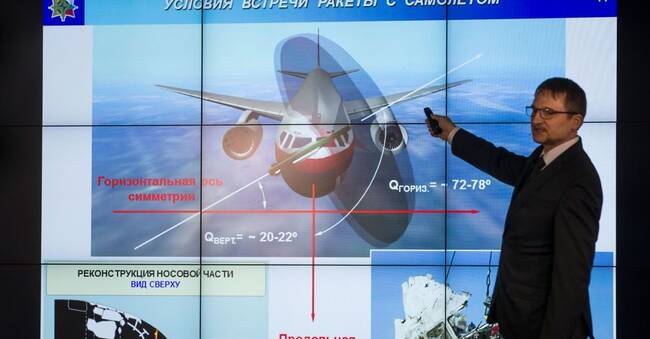 It was in 2014 that the aircraft MH17 was on its way from Amsterdam to Kuala Lumpur in Malaysia and disappeared from the radar.

The plane, a Boeing 777, was broken into pieces in the air over eastern Ukraine.

Most were from the Netherlands.

About 80 were reported to be children.

It is the Dutch National Police Chief Wilbert Paulissen who states that three Russians and a Ukrainian have been charged with murder, according to the British news agency Reuters.

This is Malaysia Airlines Flight 17 (MH17)

They are suspected of having transported the robot system used in the shooting, Reuters states and refers to information from the investigators.

Investigators are requesting that suspects be extradited from Russia.

One person is believed to be in Ukraine.

It is an internationally composed group that investigates the circumstances surrounding the crash.

Investigators and prosecutors from the Netherlands, Malaysia, Austria, Belgium and Ukraine are included in the group.

They are convinced that the Russian robot system Buk was used and that it belonged to the Russian Army's 53rd Robot Brigade based in the Russian city of Kursk.

Investigators also state that they have evidence that the Russian Federation provided the robot's launch pad.

Russia has repeatedly denied responsibility for shooting down the plane, claiming that the Buk robot belonged to the Ukrainian army.