Dubai Municipality: May 31, the end of the current season of "Dubai Safari Park"

Dubai Municipality announced that the current season of "Dubai Safari Park", one of the most prominent seasonal entertainment destinations in the emirate of Dubai, will end on Monday, May 31, 2021, as the park will close its doors during the summer months to resume its activities and receive visitors from September 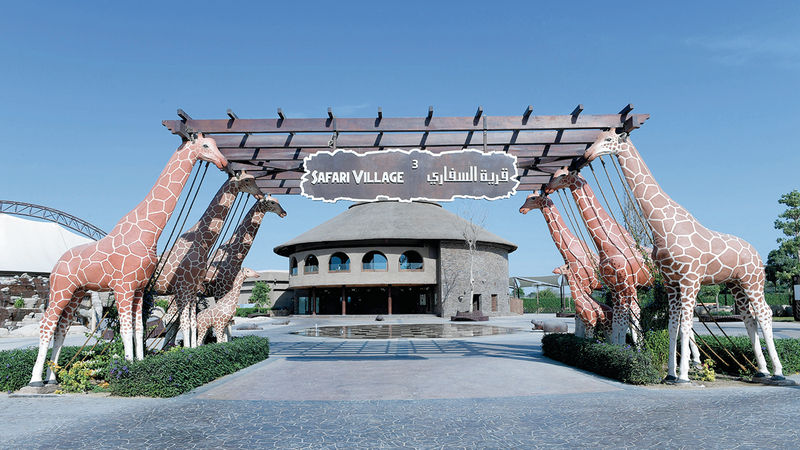 Dubai Municipality: May 31, the end of the current season of "Dubai Safari Park"

Dubai Municipality announced that the current season of "Dubai Safari Park", one of the most prominent seasonal entertainment destinations in the emirate of Dubai, will end on Monday, May 31, 2021, as the park will close its doors during the summer months, to resume its activities and receive visitors from next September. To protect the animals' safety from the high temperatures in the summer.

Dubai Municipality explained that the decision to temporarily suspend the park's activities from the first of June until the end of August comes in accordance with the approved work protocol for the park, which takes into account the preservation of the safety of animals, especially those whose climatic environment is not characterized by high temperature, and in line with best practices International and guarantees the protection of the various forms of wildlife that includes the park, which were brought from separate regions around the world, especially as the park is characterized by its open skies that mimic in its characteristics the natural environment of the animals included in the "Dubai Safari Park".

The municipality confirmed that at the end of the current season of the "Dubai Safari Park", visitors will be able to enjoy many recreational activities, including live music shows, and other activities that give more joy to visitors of different age groups, noting that the temporary closure period gives management The park has the opportunity to introduce more aspects of development that enrich the experience of visitors of all ages, in addition to carrying out maintenance work and enhancing the natural environment similar to the habitats of indigenous animals.

Ahmed Ibrahim Al Zarouni, Director of Parks and Recreational Facilities Department at Dubai Municipality, said that the current season has witnessed a remarkable turnout from the public to visit the park, due to Dubai Safari Park’s keenness to give its visitors an unforgettable experience through live and interactive performances, such as "Birds of Prey Show" and a show. The amazing creatures of the world, ”in addition to the great diversity of animals that the park includes, as Dubai Safari Park includes nearly 3,000 animals, distributed among 78 species of mammals, 50 types of reptiles and 111 species of birds, in addition to groups of amphibians and invertebrates.

Al-Zarouni explained that "Dubai Safari Park" pays great attention to the multiplication of the animals present in it, especially those classified among rare and at risk of extinction, with the help of distinguished expertise in this field, pointing to cooperation with a number of zoos, institutions and local and international companies with competence in order to exchange experiences and expertise. Successful in the field of wildlife conservation and the breeding of animals and birds of various species.

The forms of wildlife included in the park vary to include several species, including felines and carnivorous predators such as: lions, tigers, hyenas and reptiles of snakes, snakes and crocodiles, as well as herbal animals, including giraffes, antelopes, wild buffalo, hippos, rhinos, and zebras.

The park also includes a group of rare animals and birds, including the Komodo dragon, oryx or Arabian oryx, as well as Maha Abu Adass, an endangered species, African colored dogs, lemurs and rare species of monkeys: such as the gibbons monkey.

Dubai Safari Park extends over an area of ​​119 hectares, and includes three main villages: the African Village, the Explorer Village, the Asian Village, in addition to the “Arabian Desert Safari”, a safari and the valley area, and each of these areas includes distinct wildlife forms Out.

The design of the park guarantees easy movement and mobility between the sides of the park despite its vast area, whether on foot or by using environmentally friendly means of transport available within it, such as trains and buses, in addition to electric cars to ensure a distinct and unique experience for visitors, while they are available inside the park A variety of facilities and services that ensure the comfort of the visitor, including restaurants and cafeterias.

The "Dubai Safari Park" is characterized by the diversity of environments it includes to suit different types of animals and the similarity of their natural habitats, using modern interactive technologies to care for and monitor animals and their health by a team of qualified specialists within the park.

The park, with its distinctive design, transfers visitors to the natural atmosphere of the habitats of the animals in it, through the architectural styles that each reflect the geographical area that it represents, giving the visitor the feeling that he is already present in those areas as if he sees the animals, birds and reptiles in their original environment, where the cover is also taken into account. The plant that fits with each environment separately, while the garden is also distinguished by its diversity in terms of vegetative formations with more than 200 different types of trees.