Iranian nuclear program .. Rouhani talks about "noticeable" progress in negotiations and calls on America to take the first step to lift sanctions

The fifth round of negotiations on the Iranian nuclear file continues today, Wednesday, in the Austrian capital Vienna, under the supervision of the European Union, and Iranian President Hassan Rouhani announced that progress has been made, which he described as remarkable in the talks. 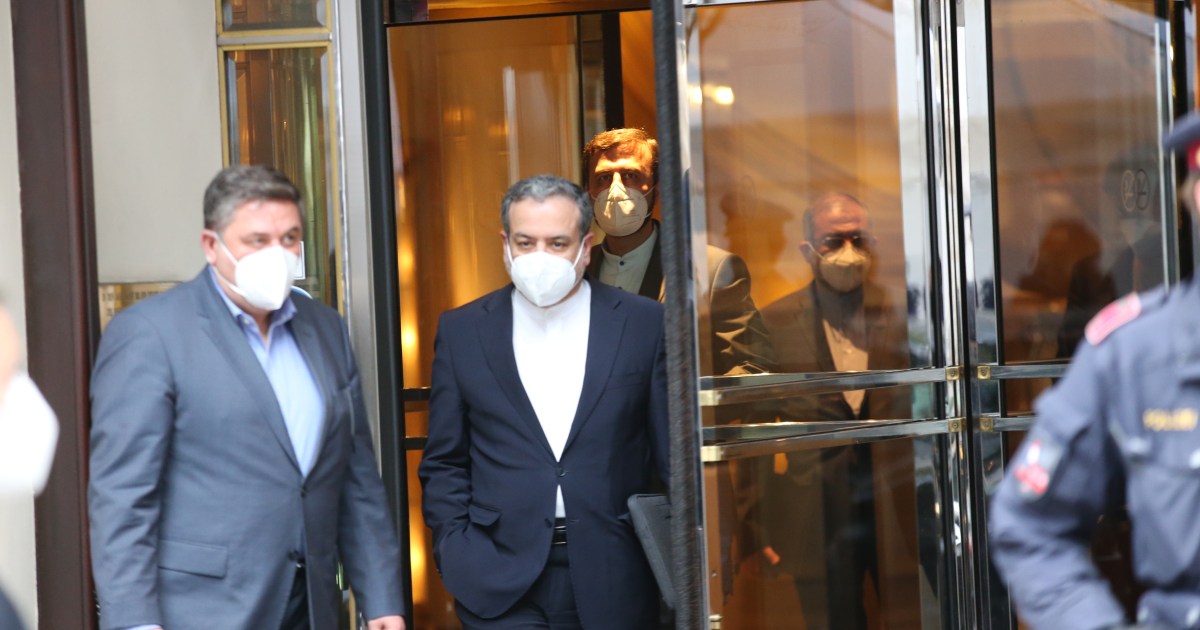 The fifth round of negotiations on the Iranian nuclear file continues today, Wednesday, in the Austrian capital Vienna, under the supervision of the European Union, and Iranian President Hassan Rouhani announced that progress has been made, which he described as remarkable in the talks.

The talks were held in an atmosphere described as positive, after Iran and the International Atomic Energy Agency reached an understanding to extend their agreement to monitor nuclear activities.

Rouhani revealed that common understandings had been reached on the main points between the parties participating in the talks.

The Iranian president said that all matters are now ready to reactivate the nuclear agreement, and called on Washington to take the first step to lift the sanctions on Tehran.

Iranian Assistant Foreign Minister and chief Iranian negotiator Abbas Araghchi said that Tehran's goal is not to end the negotiations quickly, but rather to meet its demands, which he described as legitimate, and to preserve the interests of his country.

For his part, the spokesman for the European Union mission to Vienna, Alan Matton, said that the participants in the meeting on the first day of the fifth round of negotiations on the Iranian nuclear deal said that discussions will continue at the level of experts within working groups.

The EU spokesman added that the EU would continue talks with all participants in the nuclear deal in order to reach common ground.

Matton said that the aim of the current talks is for the United States to return to the agreement and to ensure its full implementation.

In the same context, the Russian representative to international organizations in Vienna said that the fifth round of negotiations with Iran might be the last, while Robert Malley, the US special envoy to Iran, said that the last round of Vienna talks was constructive and witnessed tangible progress.

But he added, in a tweet on Twitter, that there was still a lot of work to be done.

Mali expressed his hope that the fifth round of talks would move forward towards a mutual return to compliance with the nuclear deal.

In an interview with the Financial Times published on Wednesday, Grossi said that Iran is enriching uranium to purity degrees "only reached by bomb-making countries."

"Enriching a country (uranium) with a purity of 60% is very dangerous ... Only countries that produce bombs reach this level," he added.

He went on to say that the level of purity "is 60%, which is almost the level of weapons production, commercial enrichment from 2% to 3%."

He added that Iran has a "sovereign right" to develop its program, but "this is a level that needs vigilant monitoring."

Grossi said most of Iran's measures could be reversed relatively easily, but added that the level of research and development that had been reached was a problem.

"You cannot return the genie to the bottle once you know how to make something, and the only way to curb that is to prove," he continued.

"Iran's program has grown and become more sophisticated, so a direct return to the 2015 agreement is no longer possible, and what can be done is to keep its activities below 2015 levels," he added.